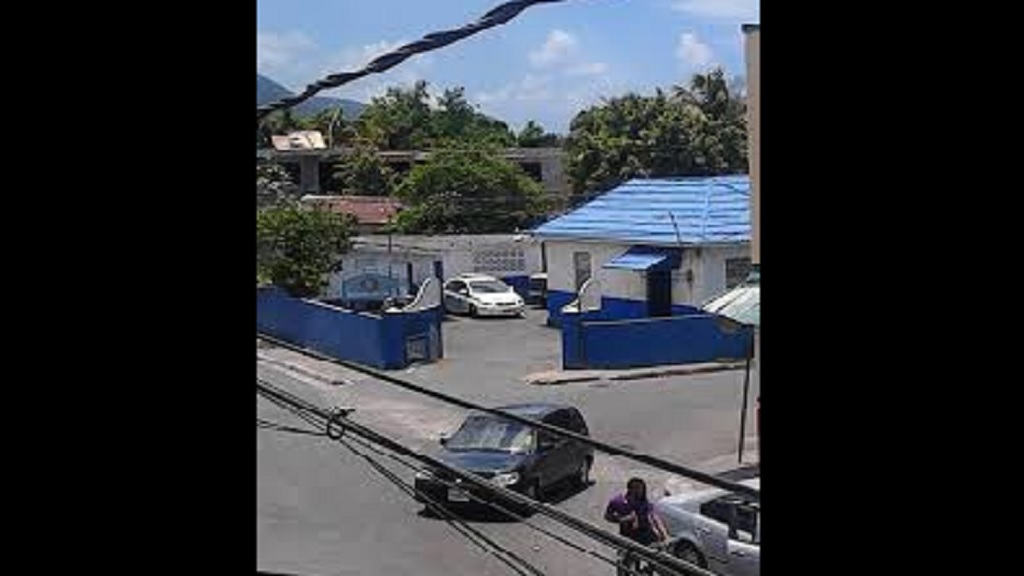 The entrance to the Rollington Town Police Station in East Kingston.

A policeman was shot and killed by unknown assailants in Rollington Town, Kingston in the wee hours of Wednesday morning.

Police reports are that sometime after 1:00 a.m., the lawman who was from the Mobile Reserve, went to a bar close by the Rollington Town Police Station in the Kingston Eastern Police Division to pick up someone, and was attacked and shot by two gunmen.

The injured cop reportedly ran towards the police station, but collapsed before getting there.

The police were called to the scene, and the injured officer was taken to hospital, where he was pronounced dead.

The name of the deceased policeman has been withheld to give the authorities time to notify his family of the development.

The last cop killing locally also occurred in the Kingston Eastern Police Division. On April 14 this year, the body of District Constable Michael Alladice, who was attached to the neighbouring Kingston Central Police Division, was found by residents slumped over the wheels of his private Toyota Probox motorcar that was parked along Windward Road in the Rockfort area. He had been shot in the head.