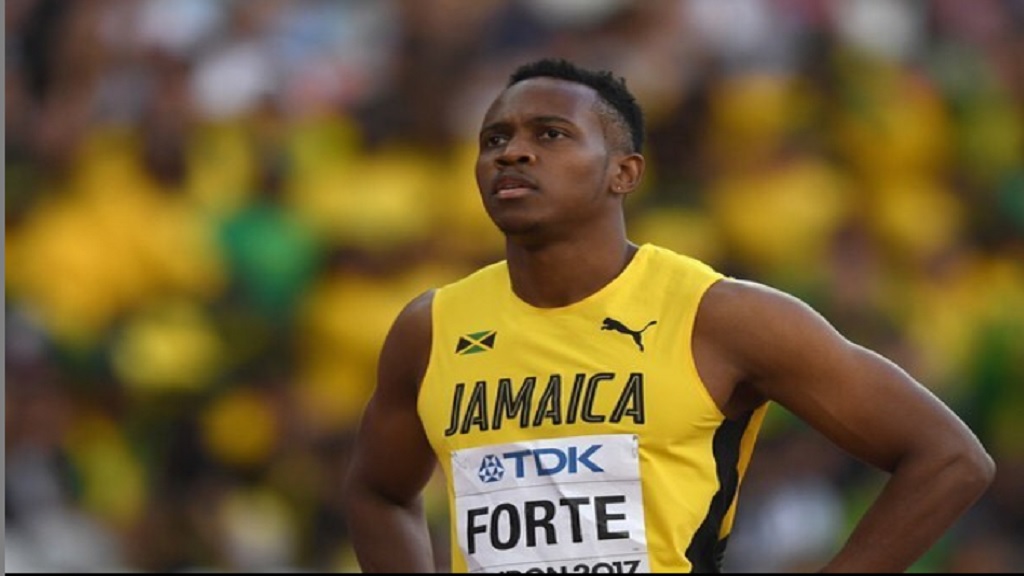 World Championships 100m semi-finalist Julian Forte is coming to terms with Tokyo 2020's postponement but said he is disheartened.

The decision to push back competition until 2021 came as the International Olympic Committee (IOC) faced mounting pressure to delay the Games, which were originally scheduled to take place from July 24 to August 9 this year, amid the novel coronavirus (COVID-19) outbreak.

Japan's Prime Minister Shinzo Abe and IOC president Thomas Bach finally agreed to a postponement last Tuesday, the first time the Olympics have ever been delayed in their 124-year modern history.

The 27-year-old Forte, who has been rocked by injuries throughout his career, said he was looking forward to competing at his first Olympics this summer due to "the training being put in."

"For now we have to look at the bigger picture and do whatever it takes to beat the coronavirus," added the man, who is known for his 2010 Class One sprint double at the Boys and Girls' Athletics Championships for Wolmer's Boys and for his agonising injury while leading the 2012 World Junior Championships 200m final in Barcelona, Spain.

The rescheduled Tokyo Olympic Games will take place from July 23 to August 8, 2021.

On Monday, the International Olympic Committee's executive board met to make the decision. The Olympics will still be called Tokyo 2020 despite taking place in 2021.

Forte is looking to 2021. However, he is now training on his own as a result of a raft of restrictions,  including limiting gatherings in public spaces to 10 persons or fewer, announced by Prime Minister Andrew Holness in order to mitigate against the spread of the coronavirus.

Originally a horizontal jumps specialist, he won the long jump and triple jump titles at the 2009 CARIFTA Games in Saint Lucia.

Jamaica has to date recorded 38 cases of COVID-19, one of which involves a healthcare worker. Two persons have died from complications from the disease.

Worldwide, more than 850,000 people have been infected and over 42,000 have died, according to a tally kept by Johns Hopkins University. Italy and Spain accounted for half the deaths, while the U.S. had over 185,000 infections, with more dead than China's official toll of about 3,300.