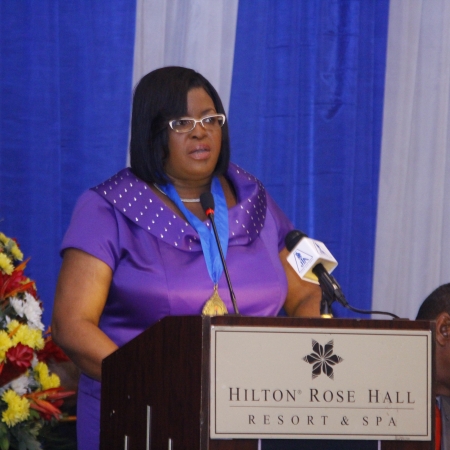 With increasing pressure from the unions representing public sector workers over recent weeks, one of the unions, the Jamaica Teachers’ Association (JTA), has coincidentally or otherwise, issued an ultimatum to the Government over its wage claim on the very day the ruling party is staging its ‘celebratory’ annual conference.

The teachers are the latest public sector group to reject the six per cent two-year salary increase that has been offered by the Government.

Georgia Waugh-Richards, President of the powerful JTA, which represents more than 22,000 public school teachers, has confirmed that the wage offer has been rejected.

In a release on Sunday, she said the JTA has given the Government until Friday, December 1, to make an improved offer to prevent the activation of the association’s Action Committee. That committee determines what action, if any, teachers will take to press home their demands for a better offer.

Waugh-Richards said a vote on Saturday to reject the Government’s offer was unanimous, and was taken during a meeting of the association’s General Council.

The move by the teachers follows two days of industrial action by the island’s nurses on Thursday and Friday. The sick-out by nurses had significant impact on the delivery of health services in health centres and public hospitals island-wide, with a majority of the nurses rostered for duty failing to report for work at some institutions.

The Nurses Association of Jamaica (NAJ) has said its membership will not accept the six per cent being offered over two years, so too the police, whose union, the Police Federation, representing rank and file personnel, indicated the same position.