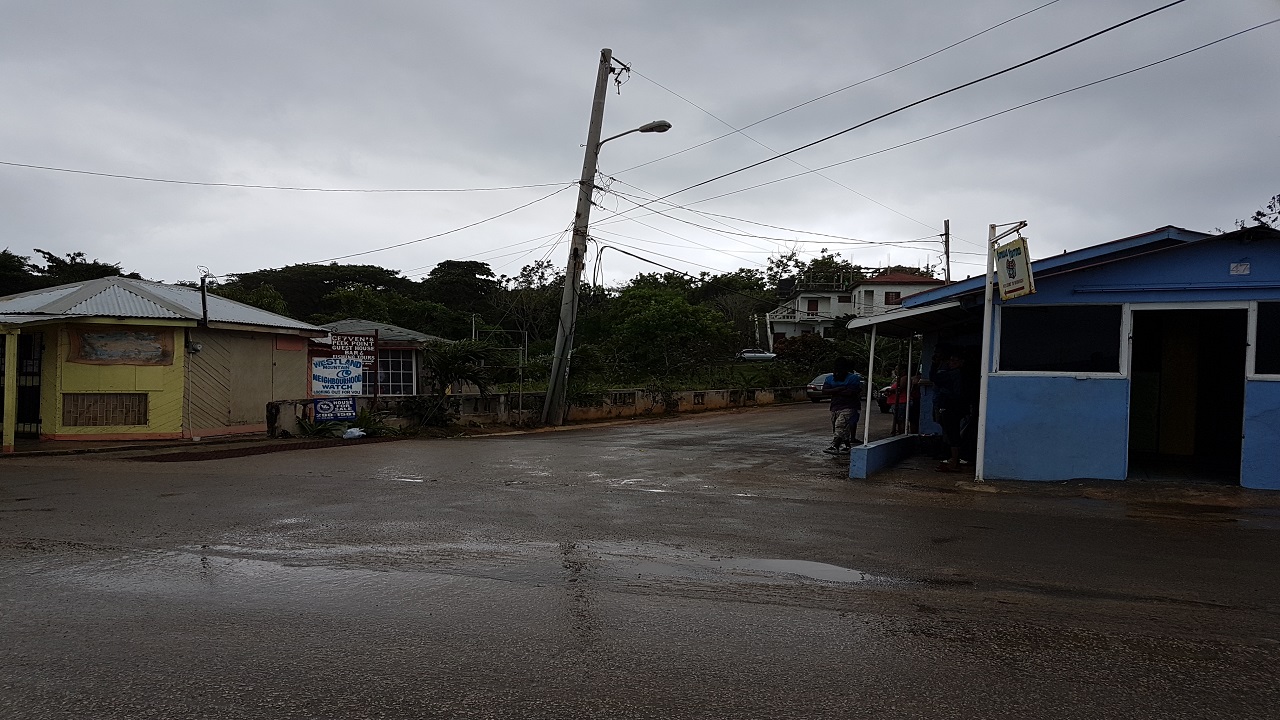 The area where the freak accident occurred in Negril.

Jamaica Public Service Company (JPS) says it has begun investigations into reports that two men lost their lives in Negril when they came into contact with an electrical wire.

"JPS regrets the unfortunate loss of life in any circumstance and wishes to express condolences to the families.  Our thoughts and prayers are with them at this time," the light and power provider said in a news release, adding that "The company is also presently working with members of the Jamaica Constabulary Force as they work to bring calm to the area, as well as access to the community."

The dead men have been identified as 21-year-old unemployed, Oshane Powell and his cousin, Renaldo Johnson; both of Wetland Mountain in Negril.

Reports are that the accident occurred sometime after 11:30 am as Johnson was riding his motorcycle along the West End main road, with Powell as a pillion, when a power line fell on the bike.

Both men were reportedly electrocuted and died on the spot.

JPS said as soon as access is available, its teams are on standby "to restore electricity and to continue the investigation into the matter."

The company added that it remains "committed to safety at the highest standards in delivering supply to all customers."

Men on bike die after being electrocuted in Negril freak accident

Grange Hill man dies after being electrocuted while picking breadfruit

Man electrocuted from contact with illegal wiring in Clarendon