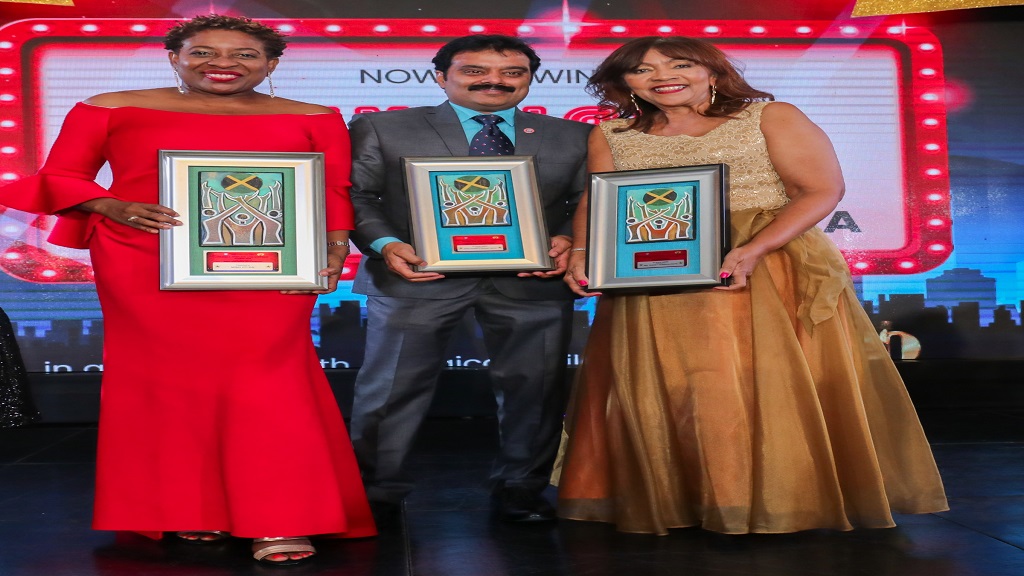 Philanthropist and journalist Janet Silvera led a field of three nominees from the western city of Montego Bay who were presented with awards for civic leadership at the American Chamber of Commerce (AMCHAM) Jamaica Business and Civic Leadership Awards, held at the Jamaica Pegasus hotel last Thursday.

Other awardees from Montego Bay included pharmaceutical marketing company Indies Pharma and Bioprist Group and attorney-at-law and volunteer Jeanne Robinson-Foster. Indies Pharma and Bioprist Group received the second-place award in the category – excellence for otstanding corporate social responsibility (organisations) while Jeanne Robinson-Foster walked away with the second-place award for excellence in civicleadership (individuals).

Silvera started the MoBay City Run 10K/5K run and walk in 2013 to raise funds  to assist needy students in western Jamaica. The annual event has awarded $19.5 million to approximately 2,000 students in the five years of its existence. This year, the organisation gave scholarships valued at $4.5 million dollars to students of several secondary and tertiary institutions in Montego Bay. The most recent group of students and representatives of institutions were presented with scholarship funds in September.

Sarah’s Children, named in honour of Silvera’s mother, Sarah Darling-Findlay, advocates on behalf of abused children and the elderly. The Rebuilders of Cornwall Regional Hospital is her latest project, which aims to positively transform the service at the Montego Bay-based healthcare facility, which was recently in crisis.

Silvera is also integrally involved in development activities for the University of the West Indies Western Jamaica campus and earlier this year worked with at-risk boys in collaboration with the J Wray and Nephew Foundation.

Indies Pharma stock up 136% in less than a month