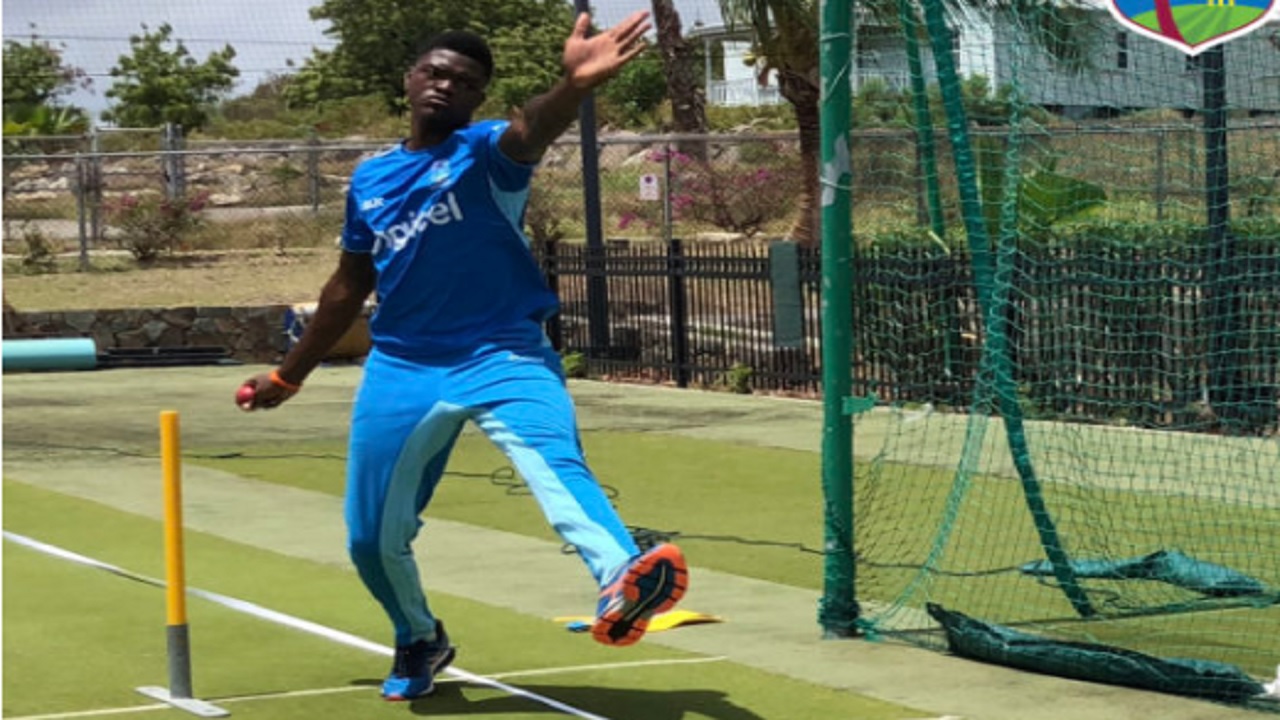 West Indies senior team pacer, Alzarri Joseph and A team all-rounder Rahkeem Cornwall have been in an intensive rehabilitation and fitness program.

Joseph’s program has been geared towards helping him recover and rehabilitate from a stress injury to his back, sustained during the West Indies tour of New Zealand late last year. Joseph has already completed four weeks of physical training and is currently on his 16 day of “return to bowling” program.

High-Performance Director, Graeme West is pleased with Alzarri’s progress and reaction to the rehabilitation program.

West indicated “the really positive thing so far is that there’s been no negative reaction by his body to bowling. Roddy Estwick has introduced a couple small technical changes that we hope will help his efficiency and take a little bit of stress off his bowling action.”

Cornwall, on the other hand, has had a shorter period since starting the fitness program but is making quick progress. He has played a considerable amount of cricket over the last six months. However, Cricket West Indies has identified a window where he could focus on some physical training and he is currently working six days a week with the strength and conditioning coach to complete a three-week program.

West was also pleased with the progress and determination that Cornwall has shown, “he’s progressing very well and will be putting that to the test soon, with some club cricket in Antigua. The ultimate goal is to have him ready for ongoing tours to include, but not limited to West Indies A tour of the England, CPL, Super50 and the 4-Day League.”

Both Cornwall and Joseph train at the Coolidge Cricket Ground. Strength and conditioning expert, Ronald Rogers is part of the team included in the recovery of both players.

The program is managed by West, along with Dr. Oba Gulston, Manager of Sports Medicine and Science, along with Rogers and bowling consultant Roddy Estwick.