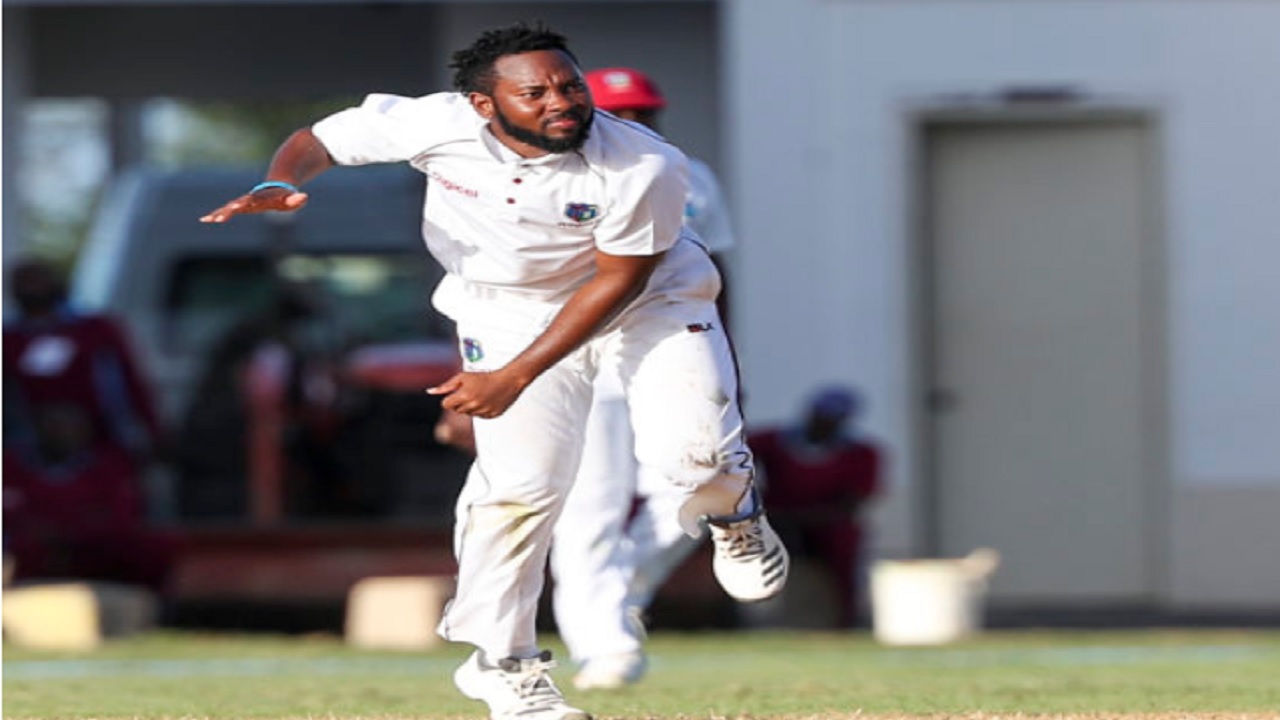 West Indies A are closing in on victory against England Lions entering Wednesday's fourth and final day of the opening four-day "Test" at the Trelawny Multi-Purpose Stadium in Jamaica.

Trailing by 27 runs on first innings, Lion coasted to 60 for one at tea before collapsing for 132 all out in their second innings on the penultimate day of the encounter.

The slide was engineered by the 25-year-old Warrican who picked up seven for 33 – his 12th first class five-wicket haul.

Set 106 for victory, captain Kieran Powell forced the pace in the limited time available before the close, striking two fours in a run-a-ball 16 to get Windies A up to 31 for one at the close.

His left-handed partner John Campbell made 15 from 12 balls before edging a drive at left-arm spinner Jack Leach’s fourth ball of the evening, to be smartly caught at slip by Liam Livingstone.

Windies A require a further 75 runs for victory on Wednesday’s final day.

Earlier, Shane Dowrich completed his fifth first class hundred as the hosts, resuming on 232 for eight in their first innings, frustrated the tourists before they were eventually bowled out for 279.

Warrican, resuming on 54, ended unbeaten on 71 – an innings which consumed 182 balls and a shade under 3-3/4 hours, and inlcuded two fours and a six.

Together, they extended their ninth wicket partnership to 161 before being separated.

Leach failed to add to his tally and finished with three for 84 while leg-spinner Livingstone claimed the two wickets to fall and end with two for 30.

Haseeb Hameed then top-scored with 39 while Joe Clarke got 31 but England never came to grips with the spin duo of Warrican and off-spinner Rahkeem Cornwall, who claimed three for 55.

Cornwall, handed the new ball, claimed captain Keaton Jennings in the third over with the score on eight, caught at the wicket without scoring.

Hameed and Nick Gubbins (20) then pulled the innings around in a 52-run, second stand which took Lions to tea without further loss.

But Warrican accounted for Gubbins on the resumption with no runs added, sparking a slide that saw Lions lose their last nine wickets for just 72 runs in a disastrous final session.