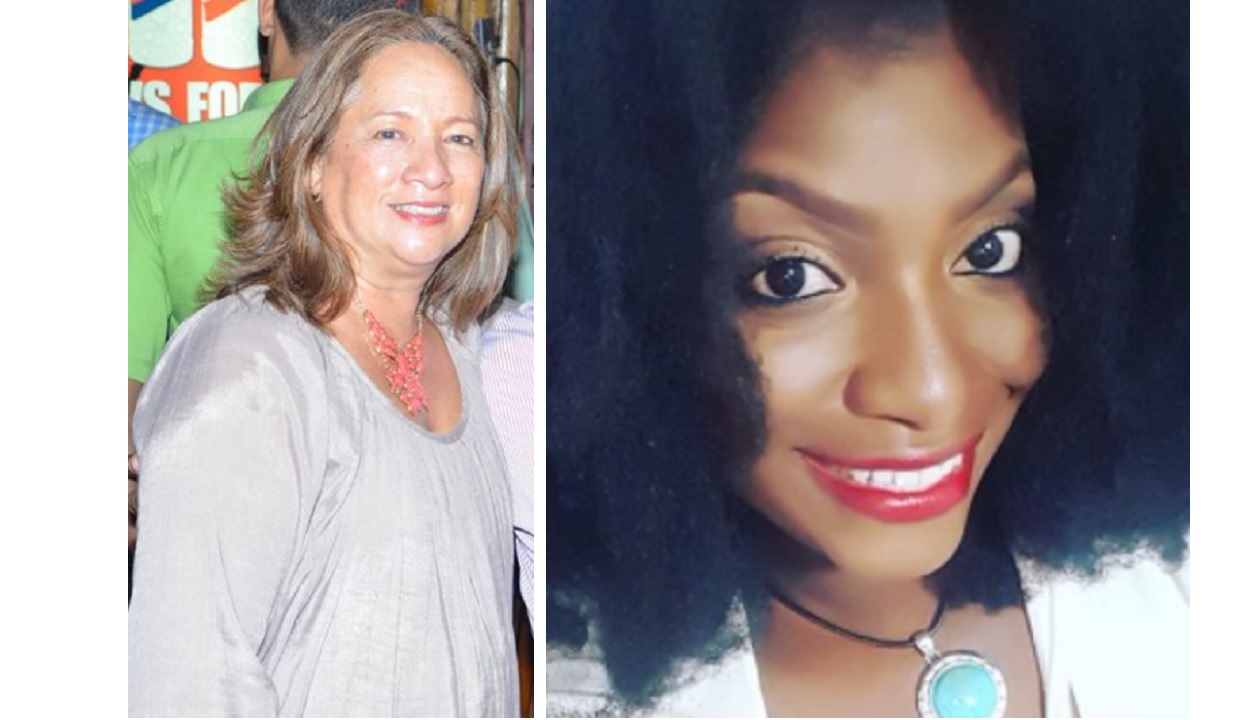 JoJo’s Jerk Pit owner Anna Chin (left) and Liza Roach, the customer who put out a video accusing the restaurant of classism and racism.

One of the proprietors of JoJo’s Jerk Pit, Anna Chin spoke with Loop News giving her account of events. She said on the evening in question, she recognized a chef from Winnipeg at the entrance and decided to let him in without paying the cover charge. He in turn said he was with some people who wanted to come in but did not know them too well.

Anna said she replied that they would have to pay the cover charge and left it at that. The gate attendant said that two young ladies, while on their cell phones, proceeded to walk through without paying.

One of them, Liza Roach, who put out a video criticising the restaurant, was recognized as someone who regularly attends JoJo’s.

Once inside and seated, Anna's husband reportedly approached them pointing out that they did not pay to enter. She concedes that he may have been a little stern but in no way did he denigrate them or use abusive language.

One of the young ladies, former local media personality Candice Buchanan, who is believed to be domiciled in North America, said that she was unaware of the cover charge and offered to pay.

On hearing this, Anna said she piped in to one of the young ladies, “Well aren’t you a Jamaican? Why speak bad of the country?” She further added that she had lived in Canada for decades and that bad customer service isn’t just applicable to Jamaica.

For this, Anna said she was met with a barrage of expletives.

The ladies decided that they were leaving and were not happy at JoJo’s. Their entrance fee was refunded and  tempers remained flared with the air turning blue with more curse words, Anna said.

Candice Buchanan reportedly said that she would go on her radio show in North America, recount the evening’s events and so besmirch the Kingston eatery’s reputation.

Anna said she held Buchanan by the hand (not aggressively, causing no physical pain or damage)  and declared that if she intended to sully the good name of JoJo’s she would be hearing from her lawyers.

This, according to Anna, elicited, “Don’t touch me!”

Anna’s husband reportedly then told the ladies to 'leave and go back to where you come from.'

Both young ladies in turn unloaded with a volley of racial slurs which one of them has admitted to on a video account of this incident.

Those in earshot who heard the slurs, Anna said, described them as “nasty, horrible, disgusting and pernicious.”

Anna stressed that at no time during the evening did she or her husband bring up the young ladies’ class or race. She said she would like to make it clear that she did not assault Candice Buchanan.

Anna said her husband simply insisted that both ladies had to pay the cover charge to enter the premises.

She said she has been receiving threats since the incident and has had to beef up her security.

Jamaican student blows whistle on racism at US university

Arrest made in connection with alleged racist attack on Sterling