Johnson seeks to focus UK election on Brexit, not his flaws 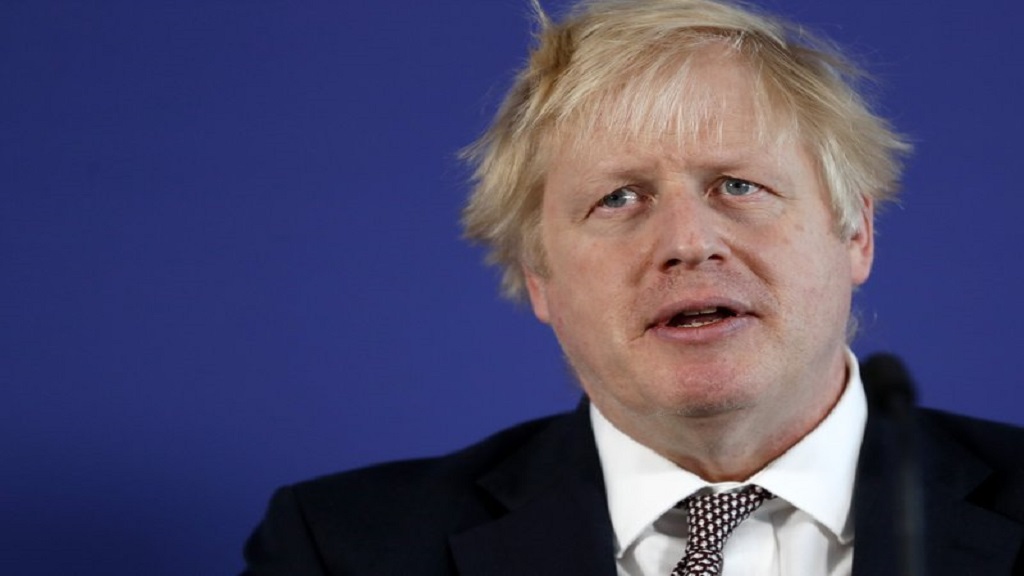 Prime Minister Boris Johnson struggled Friday to move Britain’s election debate away from questions about his character and onto Brexit, promising to bolster protection for British businesses and farmers once the country has left the European Union.

Johnson tried to brush aside criticism of his past comments about single mothers and his current refusal to submit to the same amount of televised scrutiny as other party leaders.

At a news conference, Johnson claimed Brexit had been “delayed, diluted, denied” by obstructive politicians. He said that if the Conservatives won the December 12 election he would take the U.K. out of the European Union on the currently scheduled date of January 31, so that “we can finally move on as a country.”

He touted the alleged benefits that would come with departure from the 28-nation trade bloc, saying his government would introduce new state-aid rules allowing the government to step in to help struggling businesses.

The level of support EU governments can give industries is limited by regulations barring anything that might distort competition.

Johnson also vowed to scrap an EU-required tax on tampons and sanitary pads and introduce a requirement for public bodies to buy British produce rather than imports.

Promising more state intervention in the economy is reminiscent of the left-of-center Labour Party, rather than the free-marketeer Conservatives, and appears designed to help the Tories win over Brexit-backing Labour supporters.

All 650 seats in the House of Commons are up for grabs in the Dec. 12 election, which is being held more than two years early after Parliament became deadlocked over Brexit.

Johnson wants to secure a Conservative majority in the election so he can push through the Brexit divorce deal he negotiated with the EU. Under the terms of that deal, the U.K. would leave the EU on Jan. 31 but remain bound by the bloc’s rules until the end of 2020.

On Friday, Johnson repeated his assertion that Britain and the EU will be able to strike a new free trade deal by the end next year, a timescale trade experts say is wildly ambitious.

“I am full of optimism and confidence and suggest that everybody else should be as well,” he said.

But Johnson also announced plans to diverge from EU rules in significant ways, which would make it harder to retain close trade ties with the bloc. And he said he would not extend the transition period beyond the end of 2020, even if no trade deal was in place.

Economists warn that a no-deal Brexit would plunge Britain into recession and severely impede commerce with the EU, its biggest trading partner.

With most polls showing a double-digit lead for Johnson’s Conservatives and less than two weeks until polling day, the governing party is keen to limit the prime minister’s opportunities for gaffes and slip-ups.

That has led to allegations he is dodging scrutiny. Johnson declined to take part in a debate Thursday alongside his main opponent, Jeremy Corbyn of the Labour Party, and other party leaders, and has so far refused to commit to a one-on-one TV interview with BBC interrogator Andrew Neil.

The Conservatives were also embroiled in a feud with broadcaster Channel 4 over the network’s decision to put an Earth-shaped ice sculpture in place of Johnson after he declined to appear for Thursday’s climate change-themed TV debate.

The party complained to Britain’s broadcast watchdog, Ofcom, over what it called “a provocative partisan stunt.”

Johnson has faced questions about his character throughout the campaign. The prime minister has a history of making offensive remarks, including a newspaper column last year in which he compared women who wear face-covering veils to “letter boxes.”

This week the Labour Party unearthed an article Johnson wrote in conservative magazine the Spectator in 1995 in which he called the children of single mothers “ill-raised, ignorant, aggressive and illegitimate.”

Asked about those remarks Friday, Johnson said he had written “millions of words” in his career, and “everybody is able to find some they can cull from the texts and twist them and distort them.” He did not distance himself from the comments about single mothers.

UK moves closer to December election for 1st time since 1923