Joe Jonas and Sophie Turner get married in surprise wedding 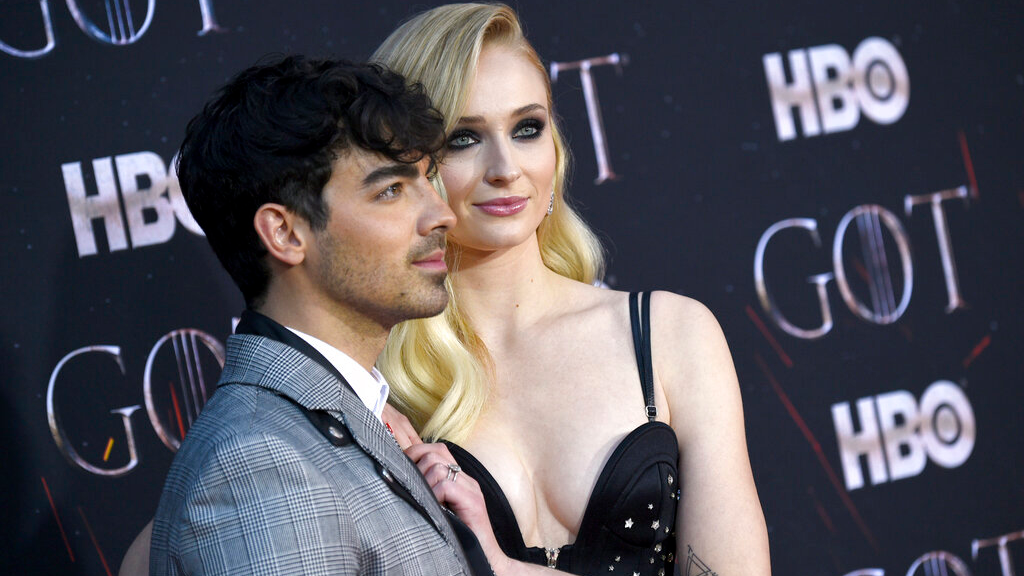 Singer Joe Jonas and "Game of Thrones" actress Sophie Turner have gotten married in a surprise ceremony in Las Vegas.

It happened Wednesday night after the Billboard Music Awards, where the Jonas Brothers had performed. Turner's publicist confirmed the nuptials, which DJ Diplo posted on his Instagram live feed.

An Elvis impersonator officiated the wedding, and country singers Dan + Shay performed their hit, "Speechless," while the 23-year-old bride walked down the aisle.

Jonas' brothers, Nick and Kevin, were the 29-year-old heartthrob's groomsmen.

The couple posed on a pink Cadillac after they were pronounced husband and wife.

Jonas had previously said the couple had planned a summer wedding in France.