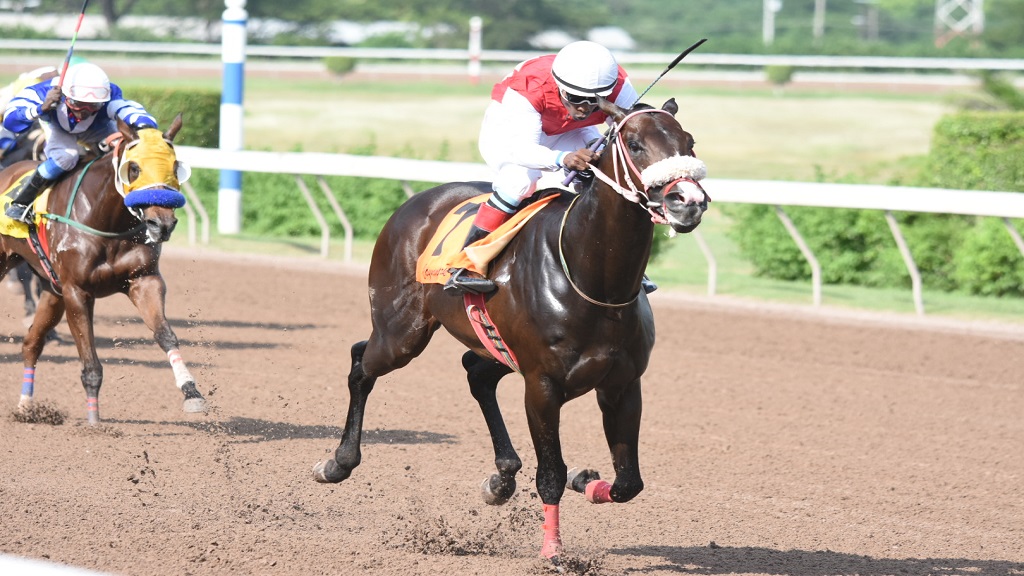 Canada-based jockey, Dane Nelson booted home a hat-trick on Saturday, the opening day of the weekend meet at Caymamas Park.

BIG UP YUHSELF was one of two winners for Nunes, the champion trainer, who closed the card with 3-1 shot SAN SIRO.

BASILICUS held on by a neck with Anthony Thomas, at four furlongs straight, from SHEBOOM, who closed fast on the stands' side under Nelson.

SENTIENT, who placed third and fourth, respectively, in last season's Superstakes and Diamond Mile, dismissed ROYAL VIBES down the backstretch and entered the straight under a hand ride, moving away to win by 11 lengths, clocking 1:38.0 with Thomas.

DaCosta opened his account with United States-bred EAGLE ONE in the second event and closed with KILLER BEE, who ran on strongly to collar tearaway leader, STORM PRINCESS slowing midway the last half-furlong of the ninth race.

EAGLE ONE closed under a hand ride from Barbadian Simon Husbands to prove stronger than stablemate WHOSHOTTHESHERIFF, the 3-5 favourite, at five furlongs straight.