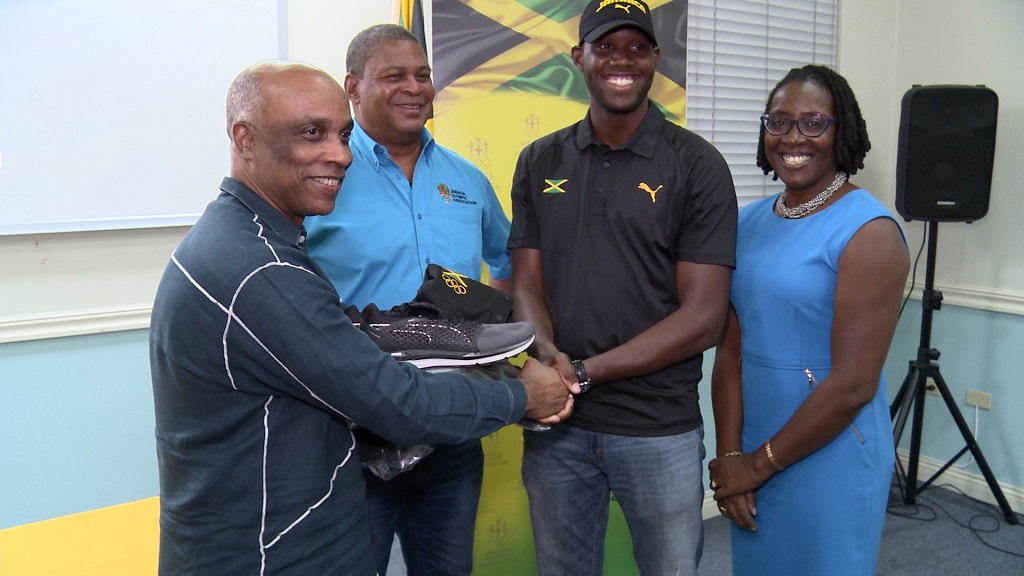 The Jamaica Olympic Association (JOA) and the Jamaica Rowing Federation (JRF) are hoping that Shahiede Patterson will give the country a historic berth at the 2020 Tokyo Olympic Games in the sport of rowing.

Patterson presented his credentials to JOA president, Christopher Samuda, at Olympic Manor recently on the eve of his departure to a three-month training camp in Austin, Texas, USA, where he will be conditioned before going onto the Olympic qualifications later this year in April in Brazil.

Patterson said that he was somewhat nervous given the fact that the prospect of being the first Jamaican to qualify in the sport at an Olympic Games now weighs on his shoulders, but that he is confident that his training regime and the determination he has will put him in good stead.

Secretary-General of the JRF, Robert Scott, praised Patterson for his discipline, focus and commitment and stated that the federation “is pleased to have been able to afford him the opportunity of being a pioneer and hopefully a history-maker."

Samuda presented Patterson with Olympic gear and expressed confidence that "Patterson will do the country proud and that the JOA is very supportive as it is in the business of creating champions who not only are medallists but standard-bearers, which is far more important than metallic and statistical achievements."

Elaine Hayden, a director of the JRF, congratulated Patterson and expressed her optimism that he will “make every effort to realise his goal."

The Olympic Games will take place between July 24 and August 9 and the JOA has been on the campaign trail.

"The governing body of sport in Jamaica is pursuing a Tokyo ‘10 in 20’ campaign and it is our earnest hope that the sport of rowing will be on the schedule," stated Ryan Foster, Secretary-General of the JOA.

Already, the sports of gymnastics and karate have qualified for the Tokyo Games and they will be numbered with the customary disciplines of track and field and swimming, while several others are on the road in their bid to be at the global party in the business capital of Japan.