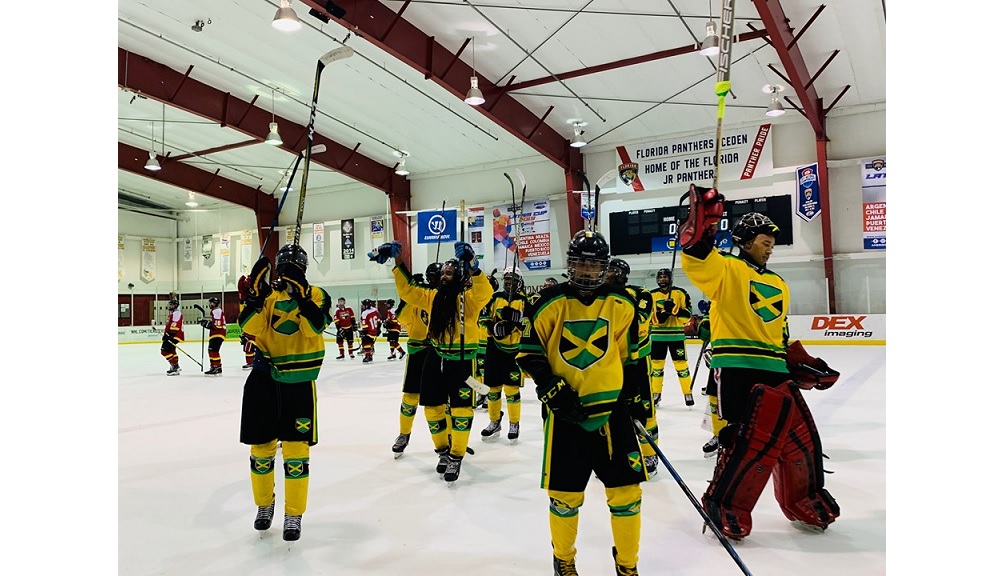 The Olympic dream is alive and well on the ice with the recent victory of Jamaica's national ice hockey team, which won the 2019 Amerigol Latam Cup, defeating defending champions Colombia 2-0 on penalties in the final in Coral Springs, Florida, after the game ended in a 2-2 draw.

It was a historic victory for team Jamaica, whose dominant display throughout the tournament belied its comparatively short seven-year history.

Commenting on the victory of the team, Jamaica Olympic Association (JOA) President, Christopher Samuda, said: "The victory demonstrates what we know at the JOA to be the incredible talent that we have as a people and the conviction that we have in fuelling the Olympic dream of Jamaica in all corners of the globe, for we are not only burning the track but ‘wi hot pon di ice’."

In its victory march, team Jamaica scalped Argentina 8-4 and drubbed Brazil 7-0 in the prestigious tournament, which included over 400 players and 21 teams in four divisions.

The victory places the team closer to a historic berth in the 2022 Beijing Winter Games, the importance of which Secretary-General/CEO of JOA, Ryan Foster, underscores.

"This is not a winter wonderland. This is Jamrock live and direct on ice and bidding seriously for a place in 2022 in Beijing, where the hopes and aspirations of a whole nation will not only be written in stone but in ice."

The new administration of the Jamaica Olympic Association has so far surpassed previous records established at Games such as the Commonwealth Games, the Central American and Caribbean (CAC) Games and the Pan American Games in terms of medal haul and size of contingencies and is steadfast in its drive to continue that success.

"As we create history, we do so with the support and commitment of our members and their athletes who have bought into our vision and I must commend Don Anderson of the Ice Hockey Federation, who continues to inspire our hockey patriots on ice and to put fire in their bellies for success," Samuda said.

Jamaica is now looking to establish an ice rink in starting and developing the sport locally and, in this regard, the JOA and Ice Hockey Federation have had discussions with stakeholders in ongoing efforts to make this a reality.