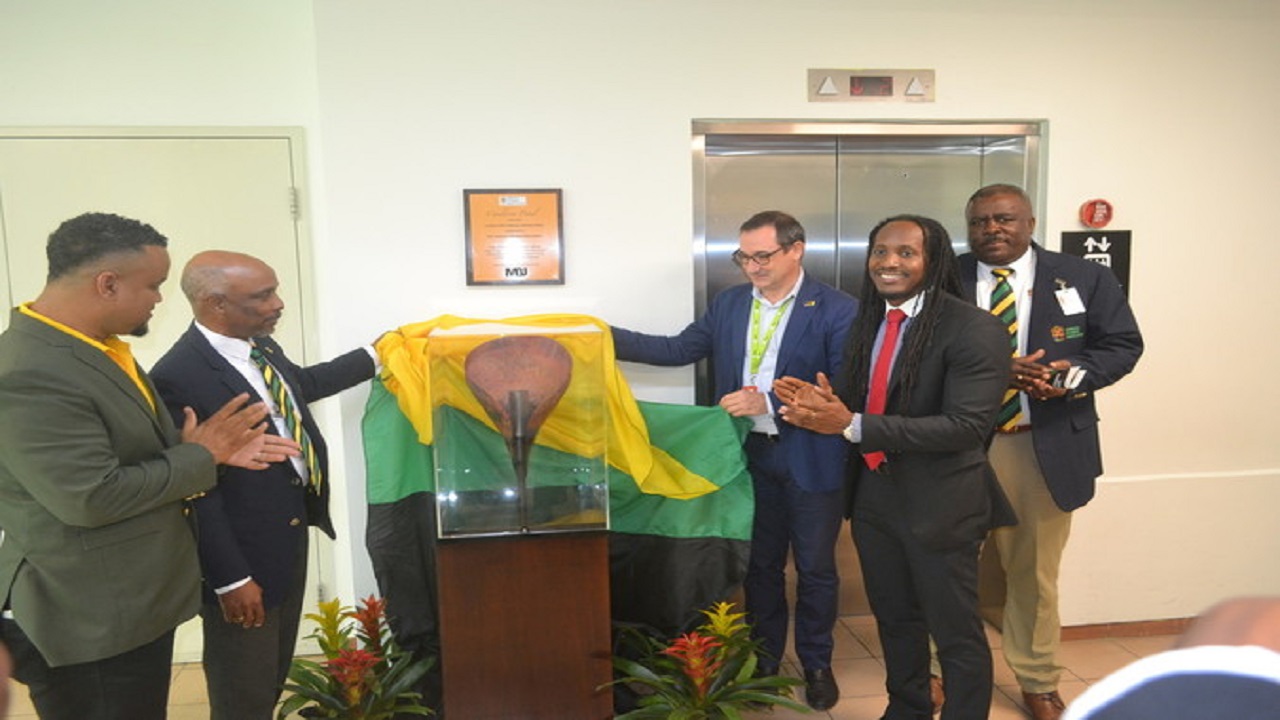 The airport, which is Jamaica’s flight hub, will display videos, documentary, infomercial regarding past and upcoming Olympics on monitors throughout its facility, as well as banners which value  $3,000,000 per annum.

She shared additional details of the deal, noting a wholesome Olympic experience for passengers and those who use the facility, which is located in Western Jamaica’s tourist city.

Hislop-Holt said: “When the retail area is expanded, during Olympic season, we’ll allow for a pop-up Olympic Area to be developed to include the Olympic petal, sale of merchandise, displays and past Olympians can interact with passengers.”

She added: “During the Olympic period we’ll allocate space on our website for the JOA.”

Ryan Foster, CEO of the country’s parent body for sports, noted other benefits to be derived from the deal to include the exploration of an Olympic Lounge, which will be integrated into the airport experience, to allow current and past Olympians and administrators to interact with fans and passengers.

He also shared that the JOA is working with executives of the SIA to further partner with us in raising funds for our 10 in 20 campaign that is geared towards getting 10 sporting disciplines in 2020.

“This partnership with Sangster International follows right upon the heels of signing with Toyota to be our transportation partner during the Olympic period. We are very grateful to Sangster International for buying into our vision in allowing the Jamaica Olympic Association and its members to become self-sufficient. Corporate partnership like these is a step in a positive direction," said Foster.

"The executives of Sangster did not think twice when we made the presentation and shared our vision and goals and in fact they already were big on corporate social responsibility through sport development."

The JOA executive also expressed a hope that the partnership will facilitate the push for professionalism.

“This partnership is long term and we hope for a mutually beneficial relationship,” said Foster. “We believe these benefits, especially that of the Olympic Lounge and Pop up store, will go a far way to not only monetise our assets, showcase the continuous renovations and improvements at Sangster, but also to solidify our push into professionalising the operations of JOA while at the same time improving the experience and benefits to our constituent members,” he said.