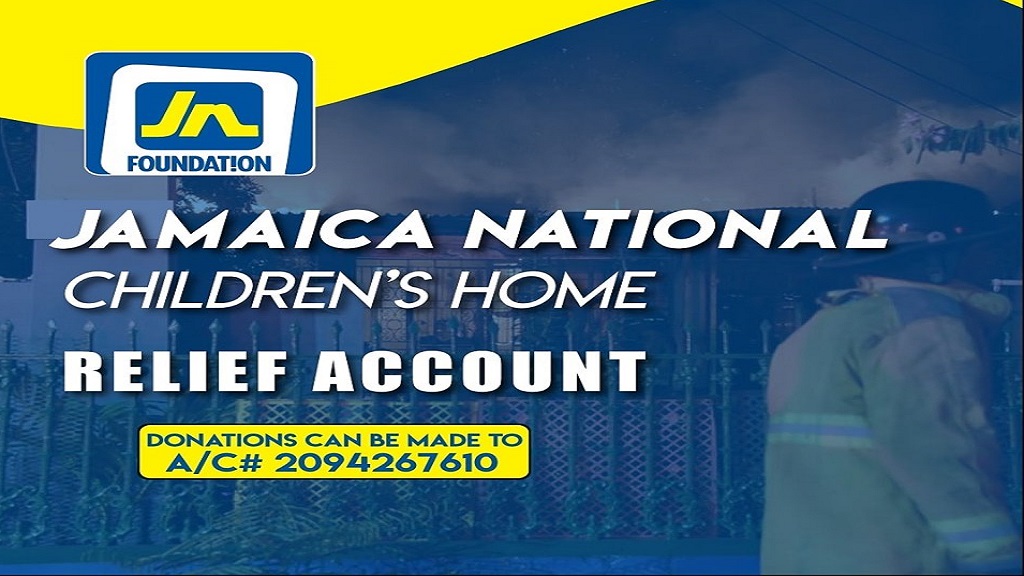 The JN Foundation is encouraging all Jamaicans to donate to the Jamaica National Children’s Home, through a relief account, which has been established by the Foundation, at JN Bank.

The Jamaica National Children’s Home was gutted by fire on Friday, August 9 resulting in the displacement of some 44 children.

Onyka Barrett Scott, general manager of the JN Foundation, called the displacement of the children normally residing at the facility extremely distressing; however, she was thankful that no lives were lost, as a result of the fire.

“We are encouraging members of the public to join with the JN Foundation and The Jamaica National Group, to assist with the recovery efforts, which are underway for the children and the facility. Every child deserves a safe space they can call home ,” she said.

Barrett Scott stated that members of the public can make their donations at any of the 35 JN Bank branches across the country, to account number 2094267610.

The general manager of the JN Foundation said that there is still a great need for items such as kitchen utensils; disposables (plates, cups, forks); light food; drinking water; clothing; bed linen; pillows; personal care items and cleaning agents. She said donations can be made to the Jamaica National Children’s Home, located off Gordon Town Road.

Last year, the JN Foundation made a similar appeal for the Walker’s Place of Safety, which was also gutted by fire.

“That appeal was a success,” Barrett Scott reported, “And, it is our hope that this initiative will also achieve a similar response.”