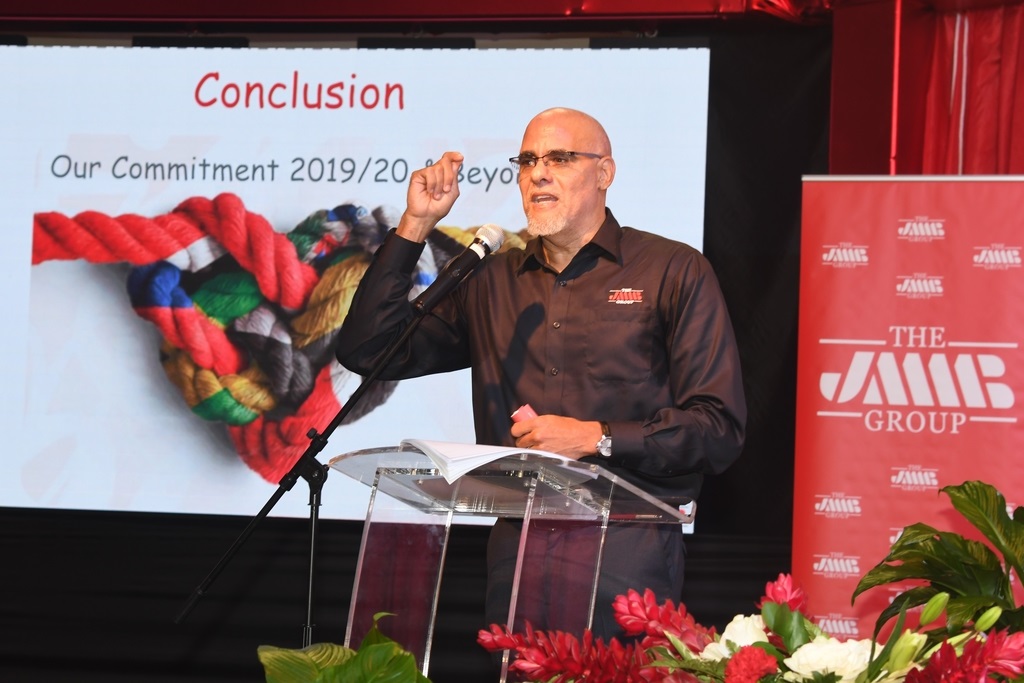 Shareholders in the JMMB Group on Wednesday gave their approval for the company to go ahead with a plan to increase its capital by 20 per cent via an offer of shares to the public.

Ahead of the vote on the resolution to facilitate the share offer, JMMB Group CEO Keith Duncan told the company’s annual general meeting that the additional capital would help fuel growth for the company, which is projected to hit the $9 billion mark by 2022.

Shareholders voted onapproval of the issuance of up to 325 million additional ordinary shares.

This growth target will be achieved through growth in JMMB’s existing business lines as well as acquisitions, including the pending Sagicor Financial Corporation transaction, according to Duncan. 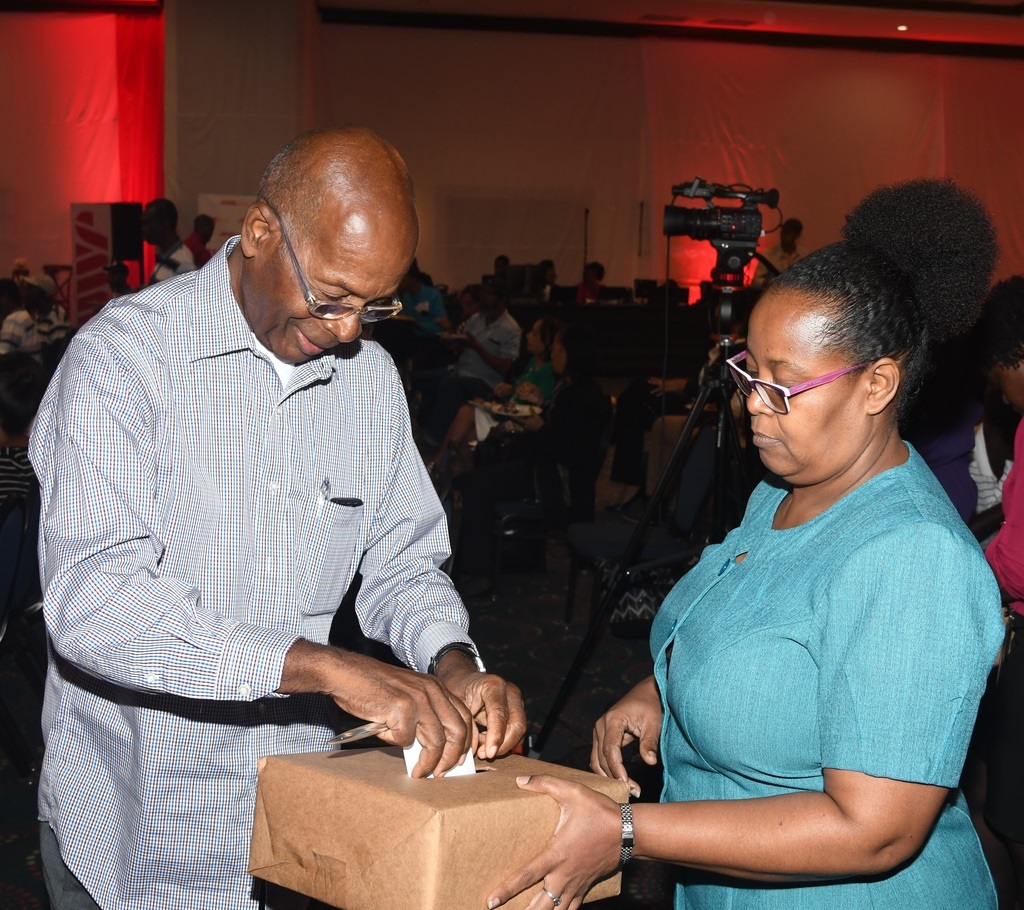 Shareholder, Everard Williams casts his vote, with the assistance of Lezley White, associate at KPMG, during the recent JMMB Group's annual general meeting held at the Jamaica Pegasus.

The transaction is pending Alignvest’s closing of the takeover offer for Sagicor Financial. It is expected to close by the end of this calendar year.

“What this gives us is an opportunity for an integrated business that includes insurance,” Duncan said, adding, “There will be no operating cost but a straight flow into our income statement.”

“This really adds to our bottom line, so it’s accretive to earnings and it increases our return on equity,” Duncan added. 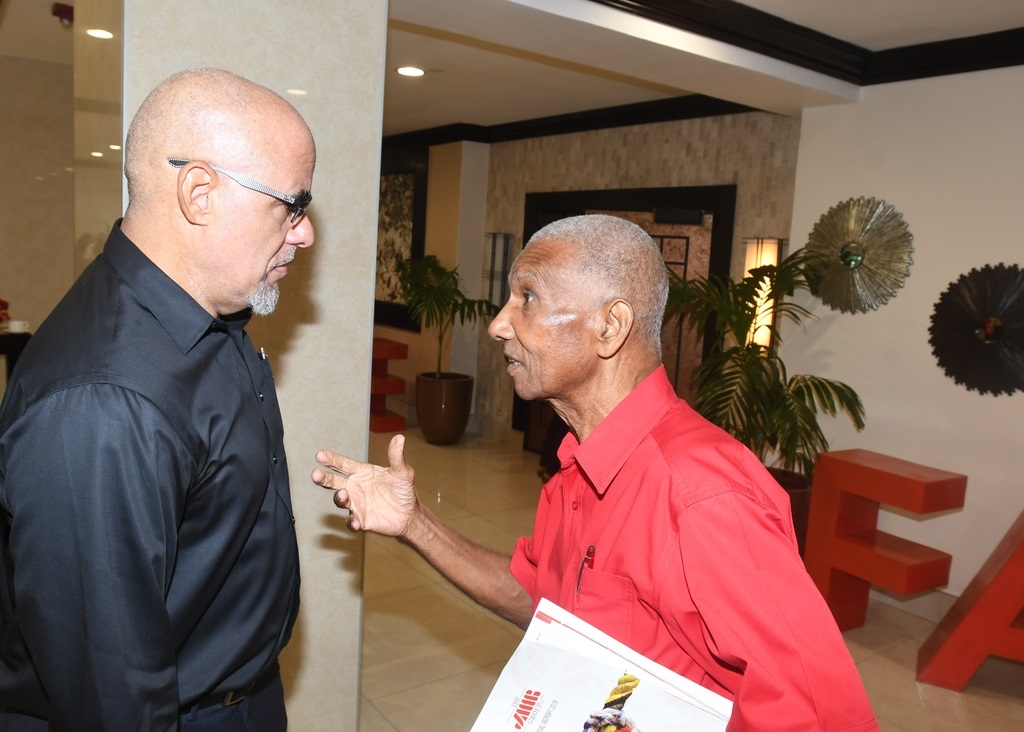 For the financial year ending March 2019, JMMB Group posted a net profit of $3.87 billion and operating revenue of $18.04 billion, an increase of 14 per cent over the prior year. Earnings per share for the group stood at $2.34 as at the financial year-end.

Speaking at the company’s annual general meeting at the Jamaica Pegasus in Kingston, Duncan outlined JMMB’s strategic direction to pursue growth, maximise efficiency, build-out and deepen its regional integrated financial services model and continue a financial partnership with its clients.

Among the initiatives to be undertaken is an entry into the Central American market with a microfinance product in Costa Rica; introduction of three funds with increased international exposure; roll out of integrated banking experience, the introduction of new payment options including debit and credit cards and an improved mobile banking platform.