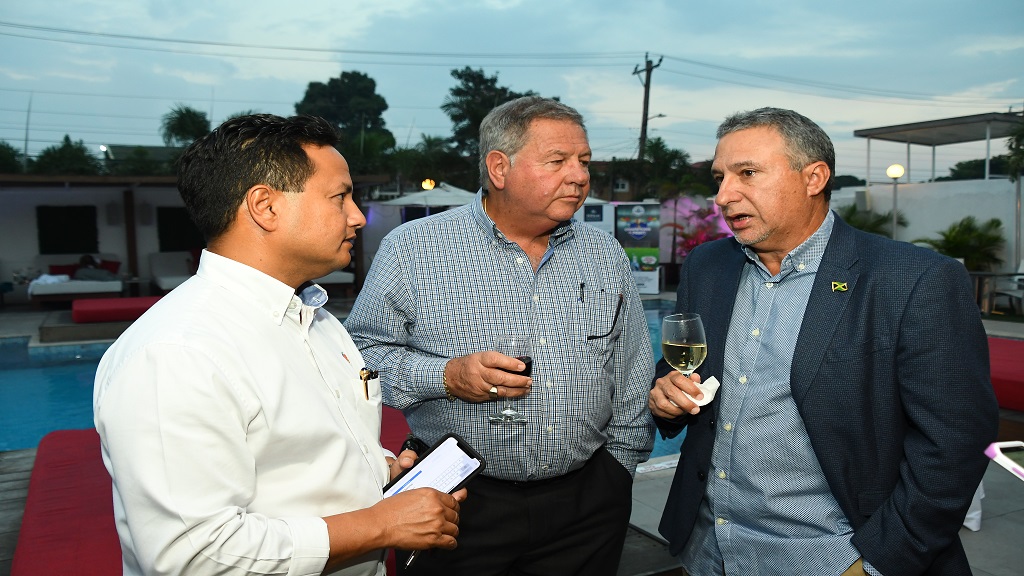 From left, Omar Azan of Boss Furniture; Brian Pengelley, Chairman, Jamaica International Exhibition (JIE) Oganising Committee; and Metry Seaga, President of the JMEA, in conversation at the Kingston launch of the JIE at the Spanish Court Hotel last week.

The Jamaica Manufacturers’ and Exporters’ Association (JMEA) wants greater inclusion of micro and small businesses in the Government procurement process, and JMEA President, Metry Seaga, says the Offset and Set-a-side Regimes under the new Procurement Regulations, which can facilitate this, are still to be put in place by the state.

“These regimes provide a real opportunity for the Government to catapult growth through procurement from micro, small and medium enterprises, given that they are the largest purchasers of goods and services,” Seaga said in an interview following last week’s Kingston launch of the JMEA’s Jamaica International Exhibition (JIE) at the Spanish Court Hotel.

The JIE, a multi-sectoral tradeshow, is scheduled to take place at the Montego Bay Convention Centre from May 30 to June 1, 2019.

“We cannot claim that we are seriously tackling the country’s high debt and low growth rate without aggressively addressing this issue,” Seaga added, pointing to Statistical Institute of Jamaica (STATIN) reports that indicate that expenditure on imports was over US$6 billion in 2018, an almost 11 per cent increase compared to the same period in 2017.

“We must not forget that our overarching goal should be to turn Jamaica from an importing and consuming country into a producing and exporting hub,” he urged.

The JMEA president made the comments against the backdrop of what he said were the “commendable tax reprieve for small businesses” that were announced by Minster of Finance and Planning, Dr Nigel Clarke, in the 2019-2010 budget. While lauding the Government for the tax breaks, Seaga said the productive sector was still awaiting the small business procurement incentive.

He said the success of the ‘Buy Jamaican’ strategy rests with a better business relationship among producers, farmers, the entertainment and creative industry, the tourism sector, the Government and the entire business community.

In this context, he said, the successful inaugural staging of the biennial JIE two years ago, was a testament to the fact that Jamaica is a viable destination in which to do business.

He is optimistic that there will be more proof of this with another successful staging of the international buyers’ and sellers’ platform in Jamaica.

Giving an update on the registration of participants for the event, the JMEA head announced that more than 70 exhibitors and over 110 buyers from the United States, Canada, the United Kingdom and countries of South America and the Caribbean, have already been confirmed, with more signing up. 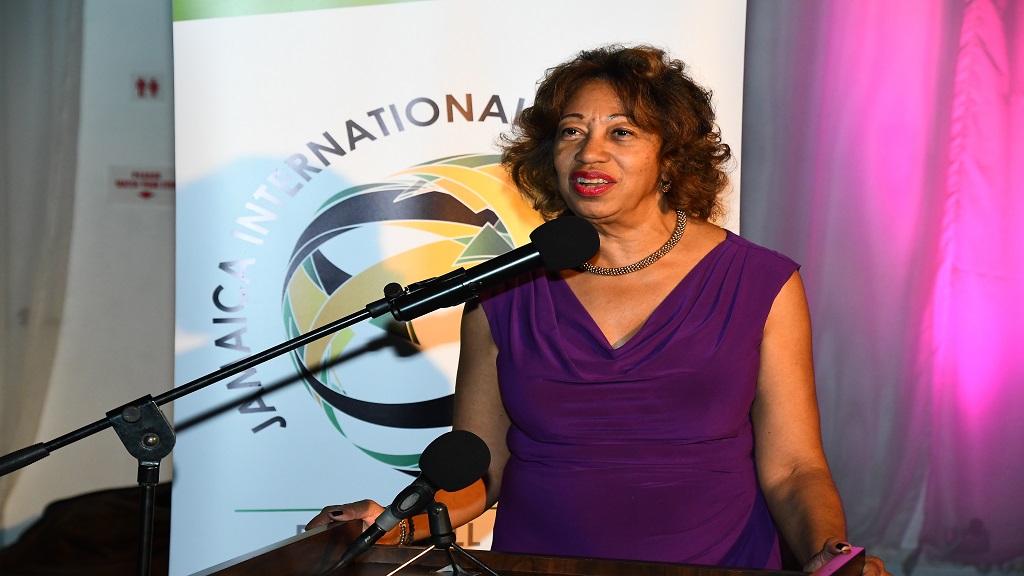 Diane Edwards, President of Jampro, addresses guests during the Kingston launch of the Jamaica International Exhibition (JIE) at the Spanish Court in Kingston last week.

Seaga’s comments on the high level of international support for the exhibition were supported by President of Jampro, Dianne Edwards, who spoke at the Kingston launch event.

“Jampro has been involved in missions to the Dominican Republic, Mexico and Columbia in the last three weeks, and I am pleased to say that we’ve found interest from our partners who will be coming to Jamaica to bring what they have to offer, and for what we can offer them,” Edwards said.

She added that Jamaica has a real opportunity to become a hub for international exhibitions in the Caribbean.

“The JIE is a huge opportunity for us to position ourselves as a truly international exhibition for the region, and to attract persons and investments from different countries,” Edwards stated.