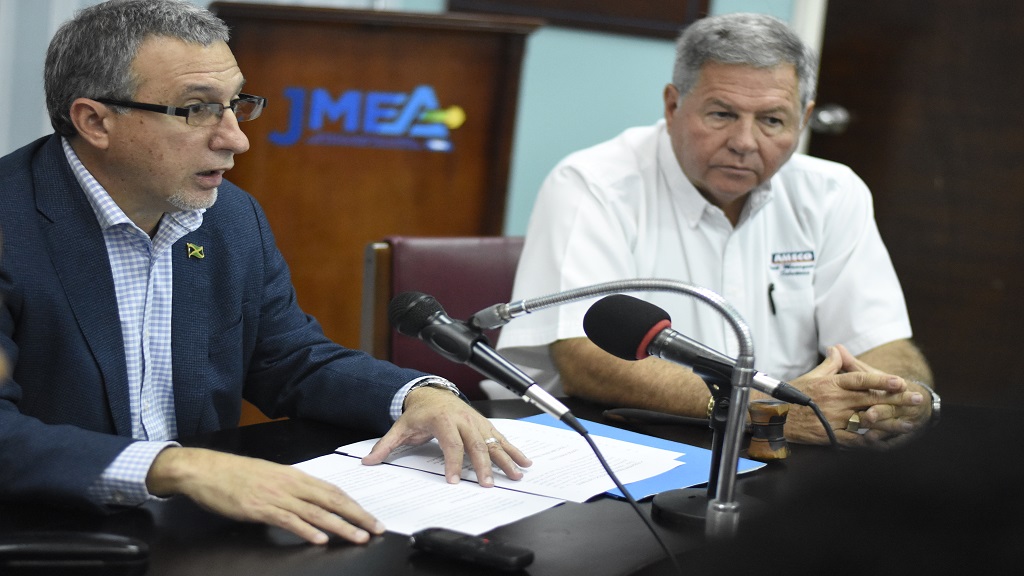 President of the Jamaica Manufacturers and Exporters’ Association, Metry Seaga (left) stresses a point at the JMEA's quarterly briefing, as JMEA past president Brian Pengelley listens on. (Photo: Marlon Reid)

The Jamaica Manufacturers and Exporters’ Association (JMEA) is shaping for a fight with the government on the importation of refined sugar for manufacturing purposes.

Speaking at the body’s quarterly press briefing at its offices in downtown Kingston on Tuesday, President, Metry Seaga said members of the JMEA want to control their destiny, instead of the government regulating vital aspects of production.

“The JMEA is steadfast in its resolve that we want to be able to import our raw materials at our own devices. We need to have the quality, the quantity and the arrangements to be left up to us. We do not want the government interfering in the importation of our raw materials,” Seaga ssaid.

The government has been looking at ways to regulate refined sugar, claiming that the product, imported for manufacturing purposes, is being illegally amalgamated into the local sugar trade.

Minister of Industry, Commerce, Agriculture and Fisheries, Audley Shaw in September, at the third Sugar Industry Authority’s (SIA) Post Crop Seminar, said that he instructed the SIA to establish a monitoring system for refined sugar.

However, while Seaga said that the JMEA will continue to work with the SIA to develop mechanism around the monitoring and enforcement of the product release, the body will have to continue to make strong representation for members.

According to Seaga, this will include frontal packaging labelling that the JMEA is hoping will become a regional standard which must be aligned to those of major trading partners that can be easily implemented and enforced, as well as provides relevant information for consumers’ choice.

Seaga also said the JMEA would also continue to have discourse with the government on the treatment of the Common External Tariff (CET), a 40 per cent tax on imported sugar, which is an effort to protect the local and regional sugar industry.

He reckons this is important, as Belize has claimed to be able to supply plantation white sugar.

Meanwhile, Seaga urged local manufacturers to get ready to take up opportunities in Haiti, as it was announced at the recent Council For Trade And Economic Development (COTED) that the French-speaking Caribbean country is putting in place administrative and legislative framework, for the duty-free trading of goods.

Seaga said, “this is an opportunity that must not pass us. Haiti is a big market that’s right next door to us. We must use this opportunity as business people, as manufacturers, to get in there, get in there early and start to sell our goods and services there.”

He also urged local manufacturers to tap into Jamaica’s growing tourism sector, by strengthening the linkages between manufacturers, tourism and agriculture.

Seaga said, “the growth in tourists arrival requires ongoing dynamism and energy as unless, we will forever remain stagnant and not grow, because the truth is, it is not whether it should be services or goods, it is that we will see growth when our goods are linked to our services industries.” 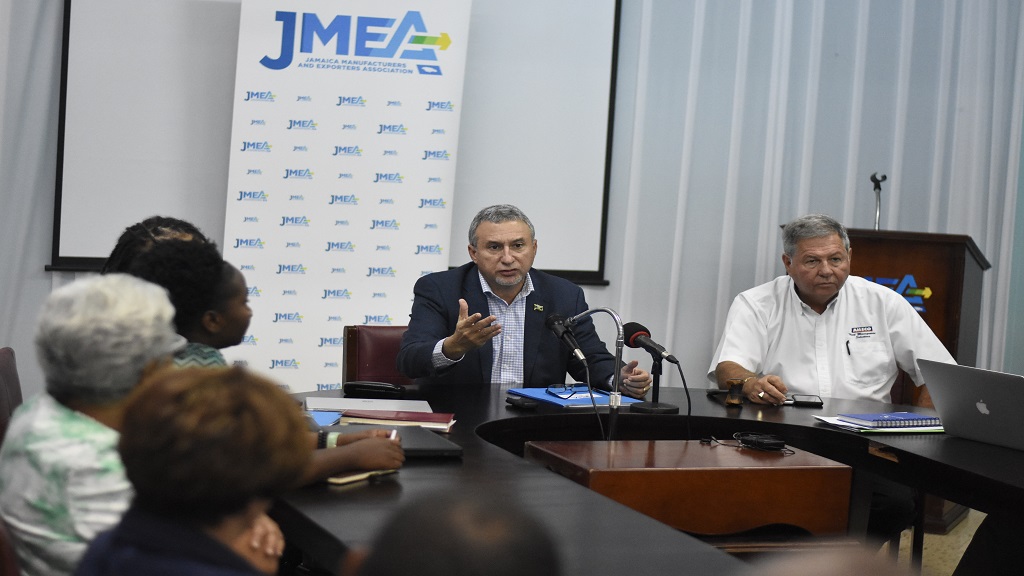 The JMEA president also said that the completion of some key legislation will help to facilitate trade for manufacturers and exporters. He cited the Customs Act and Trade Act as two such legislation.

“We also have the development of the trade portal and electronic single window and we look forward to seeing those pieces of legislation coming into effect,” Seaga said.