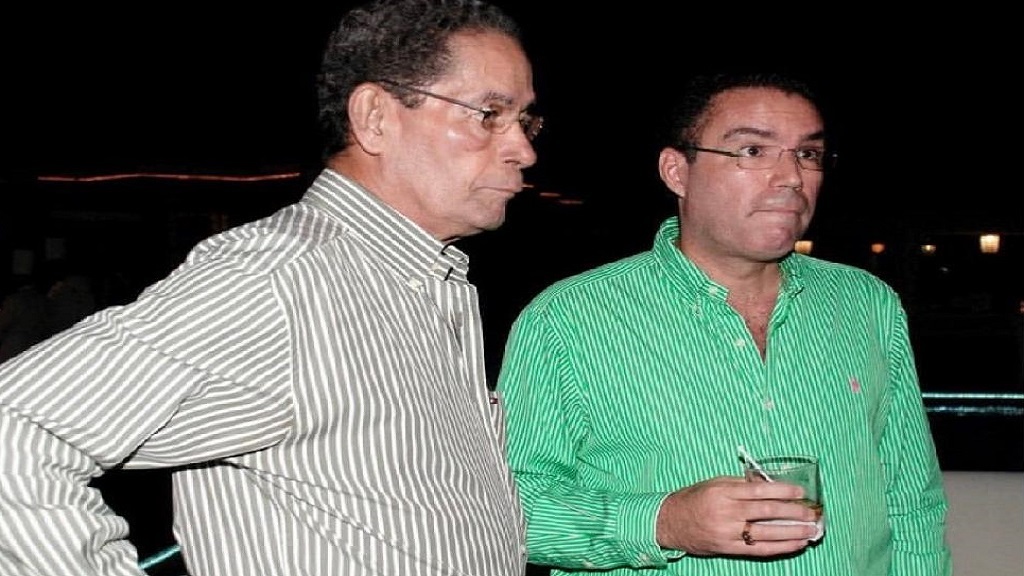 Douglas Vaz (left) and his son, Daryl, at a social event.

The Jamaica Manufacturers’ and Exporters’ Association (JMEA), on behalf of its board of directors, members and staff, have collectively expressed sadness at the passing of former Industry and Commerce Minister, Douglas Vaz.

Vaz died in his sleep on Saturday night.

The JMEA, in a release, said Vaz served the organisation with vision and integrity, and established a legacy as a “forthright leader of immense character and great wit”.

The association said his involvement with the JMA dates back to his time as a teenager when he attended meetings with his father, Harold Vaz, who was a founding member of the association. This was said to have provided a foundation that would later result in Douglas Vaz’s future leadership of the organisation.

“Throughout his presidency, Douglas dedicated his leadership efforts to fighting for sound economic policies that would benefit not only industrialists, but all Jamaicans, as he believed that the success of the manufacturing community was intrinsically linked with the economic well-being of all members in the society,” the JMEA said in the release.

“Mr Vaz championed boldly the plight of those in the manufacturing sphere, as he advocated on issues involving the devaluation of the Jamaican dollar. Mr Vaz’s passion for the development of his country and people eventually led him to the arena of representational politics. This gave him the distinction of being the only JMA president to have been a Member of Parliament (MP) and a senior Cabinet minister. In his work as minister, manufacturing was still a part of his mandate, as he played a key role in the improvement of job creation opportunities within the island,” the release added.

“We have truly lost a great advocate who played a major role in enabling the transformation and survival of the Jamaican manufacturing community. As we grieve with his family in this period of bereavement, we acknowledge his resilient spirit and the noble contributions that he has given to the nation. The JMEA will always remember him as a true leader who led by example, and steered a path of growth for all,” the JMEA release concluded.