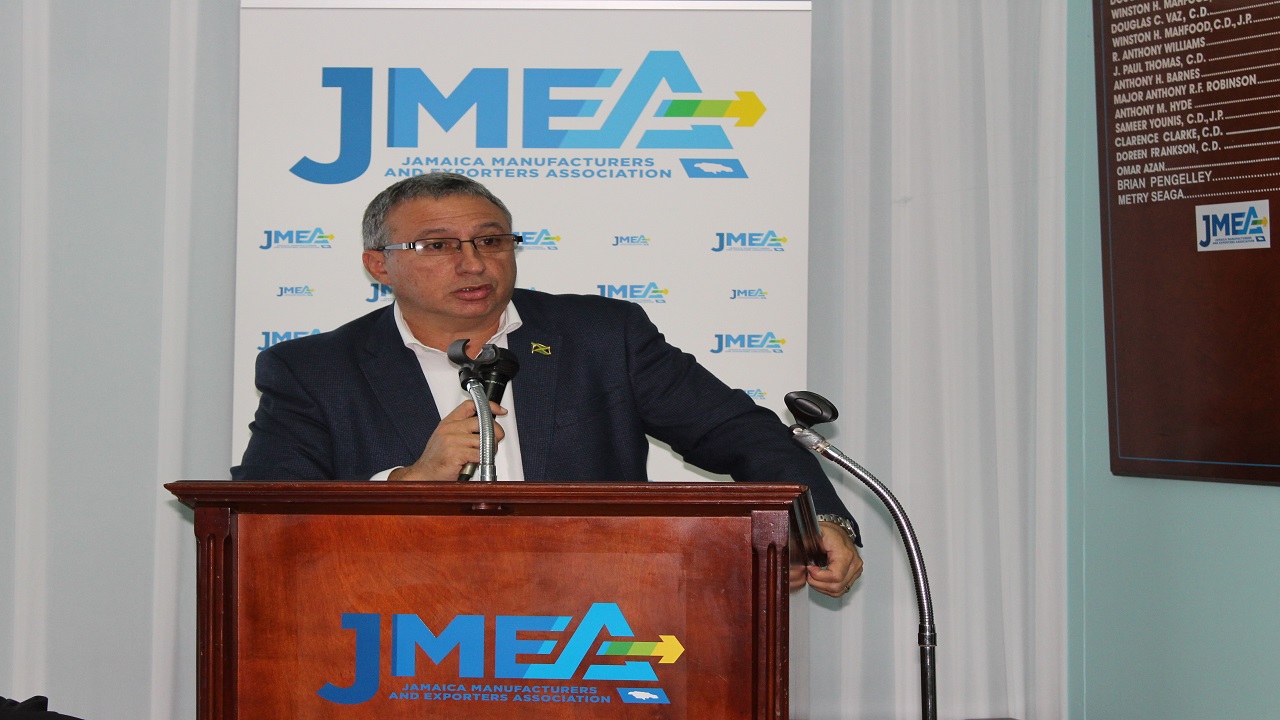 The influential Jamaica Manufacturers and Exporters Association (JMEA), in an unprecedented step, has blasted local commercial banks for maintaining a high interest rate policy over many years, describing it as extortionate and anti-development.

At the same time, the JMEA has expressed its displeasure with the banks for the usually huge difference in the rate at which they buy and sell foreign exchange.

“While we are fully aware that interest rate spreads across countries will differ due to bank-specific and macroeconomic variables, these revelations (the Jamaican situation) are nonetheless alarming and disheartening, and leads the JMEA to question the reason behind these extensive margins.

“Local commercial banks, especially, seem to be more interested in boasting double-digit increase in revenues and net profits, but demonstrate blatant disregard for the development needs of the country,” the Association said Wednesday in a tersely worded statement, which is complete with graphs and charts showing country comparisons with Jamaica.

It follows much beseeching by successive Governments, in particular the current administration, for commercial banks to lower interest rates to stimulate growth in the economy. The Bank of Jamaica (BOJ has sought to lead by example by significantly lowering its policy interest rate which stood at 2:00 per cent on June 28.

However, despite making mega profits, and with the country’s macroeconomic indicators moving in the right direction in recent years, the banks have not budged and it now appears the JMEA is tired of their excuses.

“From 2006 to 2016, Jamaica has maintained the highest interest rate spread when compared to Barbados, Trinidad and Tobago, and the United States of America, according to the International Monetary Fund International Financial Statistics. Additionally, when compared to the world’s average in the same period, Jamaica’s interest rate spread is consistently higher. Notably, in 2010 to 2016, Jamaica at times nearly doubled that of the world’s average spreads,” the JMA statement said. 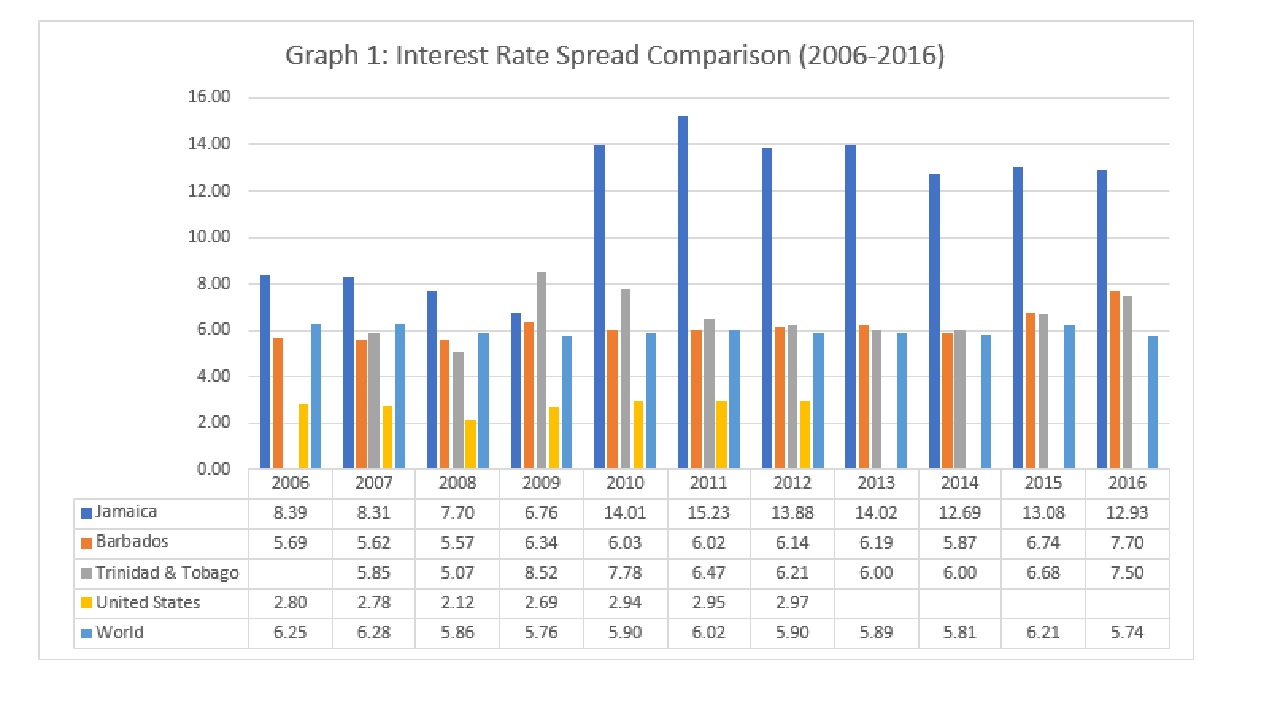 As it relates to foreign exchange transactions, the JMEA noted that based on trading summary, as at August 16, 2018, local commercial banks purchased US dollars at costs as high as JMD$138.50 but sold it for prices as high as JMD$146.25. 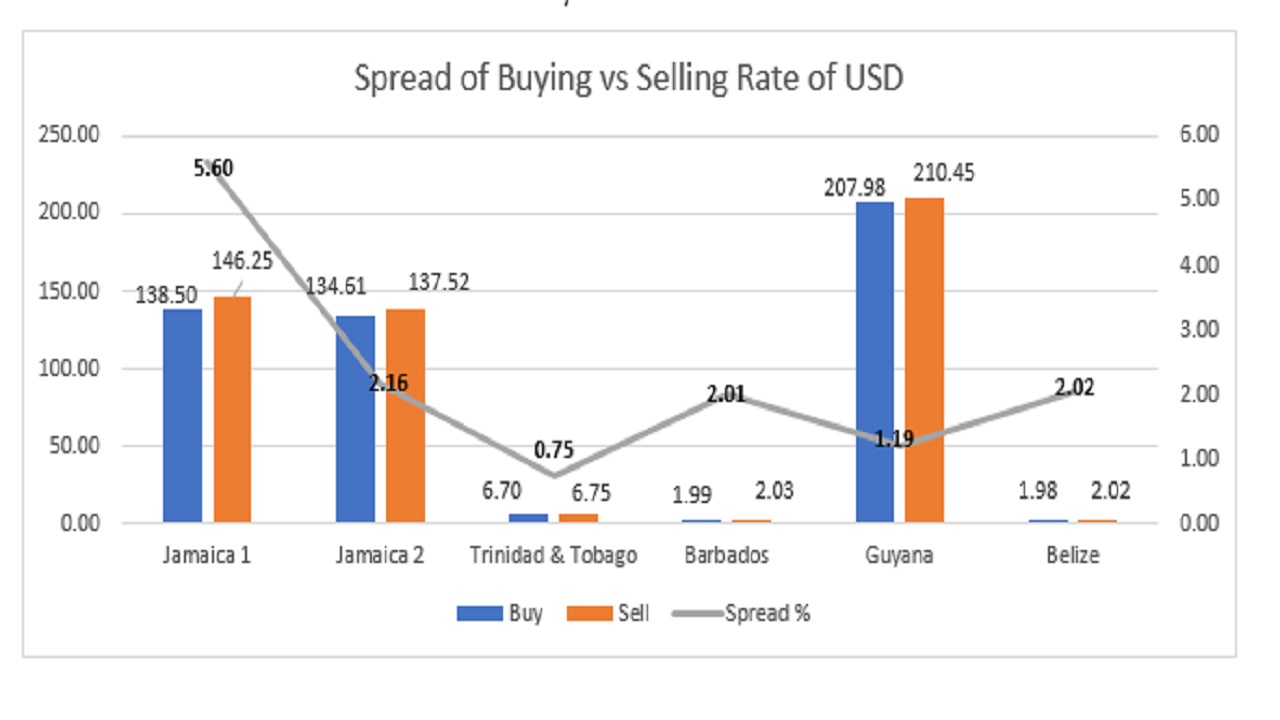 “This indicates a 5.6 per cent markup, the highest markup of all the CARICOM countries reviewed in the summary,” said the JMEA.

It said it continues to “urge these institutions to play their role in advancing the nation’s objectives by actively reducing the mark-ups they currently employ.”

“Financing for our agricultural, manufacturing and service sectors can be substantially lower than it is, currently. Uncompetitive interest rates persistently impede Jamaica’s competitive advantage and cripple our local productive sectors, as they try to gain a foothold in global markets,” the JMEA argued.

“It is our expectation that with broader economic certainty, new entrants into the banking sector, declining BOJ interest rates and a low inflation rate, spreads would be declining and not be on an upward trajectory.

If the BOJ’s monetary policy of lowering interest rates and setting a 5 per cent inflation target is to drive production, expand export and stimulate consumption of domestic goods, then why are the banks taking so long to respond and play their role in economic growth and development for all?” the JMEA added.