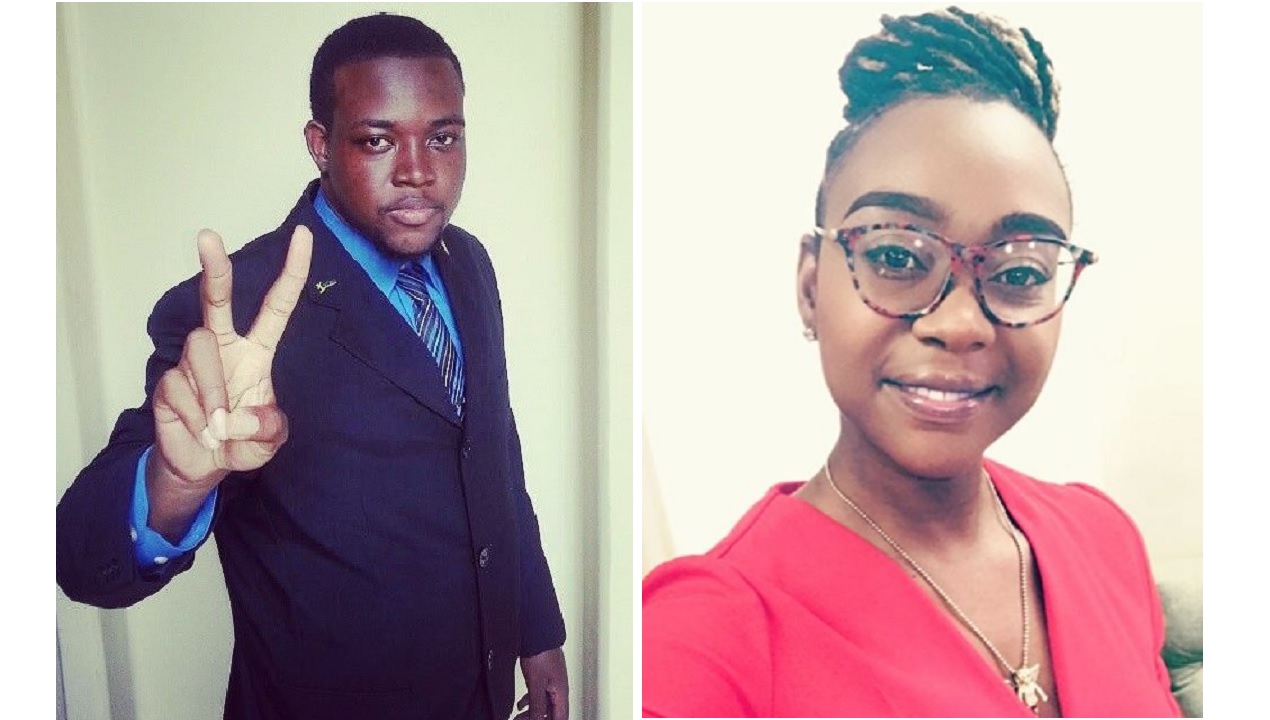 Young Jamaica's Howard Chamberlain and Krystal Tomlinson of the PNPYO.

Jamaica Labour Party (JLP) youth arm Young Jamaica has rejected the People’s National Party’s Youth Organisation’s (PNPYO) call for a debate on the National Identification System, arguing that it would be “of very little value and would not serve the people in the best possible way.”

PNPYO issued the call for the debate last Thursday, with president Krystal Tomlinson citing the need for the youth organisations to engage in “activities that inform, educate and empower young people”.

But Young Jamaica points to the fact that the National Identification Registration Act is now a matter before the court and it would be responsible to allow the ventilation of that process before further public utterances.

“If the PNPYO had any genuine intention or care for this issue, it would have denounced its parent party’s ill-conceived decision to bring NIDS before the court. Now that it is before the court, it cannot be that they are now saying ‘hey, let’s have a debate on it…’,” Young Jamaica said in a press release.

“We have to be certain that when we are going to have discourse on any issue, we do it because we genuinely want to educate and enlighten and not because we want to highlight ourselves and make ourselves the centre of attraction – that seems to be the PNPYO’s mode of operation in recent time,” the JLP youth arm, which is headed by Howard Chamberlain, added.

Young Jamaica added that it has been in dialogue with the youth on the concept and the issues surrounding NIDS since it was first introduced and is comfortable that the people “are now able to discern propaganda from material issues.

“The Government and its agencies have already engaged in substantial public consultation and discussions on the NIDS, allowing youth to have direct and unfettered access to the highest level of the government,” Young Jamaica said.

The organisation said it will be focusing on the regulations to the Act which it expects in September. It says the group remains open to suggestion on how to improve the overarching framework of NIDS and the regulations.

Gov't senator under fire from PNPYO