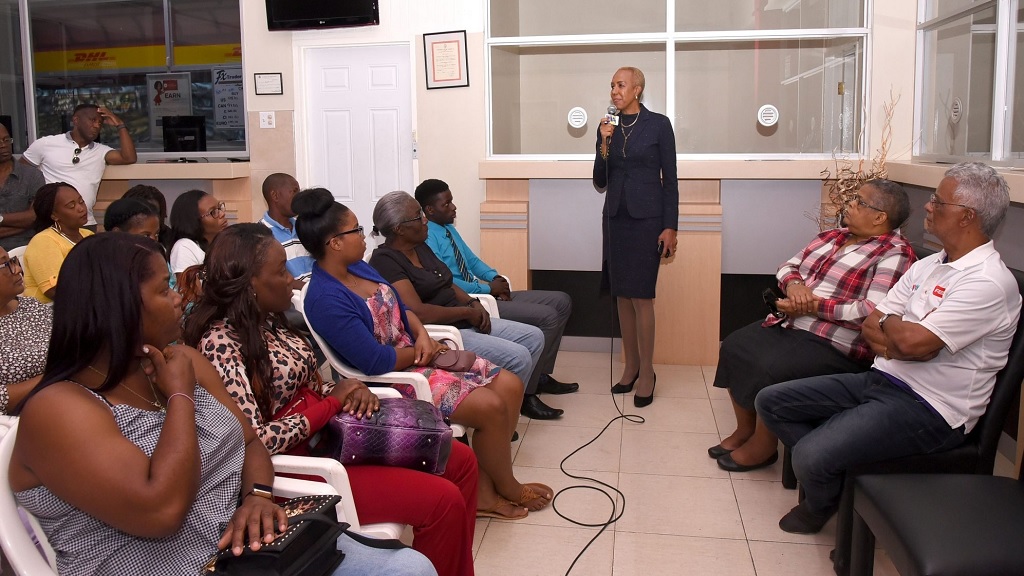 As probes continue into last week's fire at Heaven's Fesco service station in Mandeville, Manchester, the Jamaica Gasolene Retailers’ Association (JGRA) has advised that it will be holding a press conference on Friday to discuss several issues, including the recent fire.

In a release on Wednesday, the JGRA said that issues for discussion at the press conference will relate to developments in the gasolene industry and the recent fire in Mandeville.

The meeting is set for 10am at the JGRA office at Kings Plaza on Constant Spring Road in St Andrew.

The owner of Heaven's Fesco service station, Trevor Heaven, is a former president of the JGRA. Presently, Richard Stephenson is the general manager of the association.

The Manchester police have said 10 persons were injured as a result of the fire, with some still hospitalised since shortly after the fire occurred sometime after 5pm on Friday, February 21.

One of those who were hospitalised, 59-year-old Daniel Farquharson, a farmer and mechanic of Hatfield in Manchester, died at the University Hospital of the West Indies (UHWI) in St Andrew on Saturday due to the severity of his injuries.

Reports are that at least 10 cars were damaged in the blaze at the complex at the intersection of Manchester and Caledonia roads in the heart of Mandeville.

Videos and photos of the incident showed people - some nursing burns - scampering for cover as the fire raged on.

A probe has been launched to determine the cause of the blaze.

On Sunday, Minister of Science, Energy and Technology, Fayval Williams, while addressing the management and staff of the service station in Mandeville, said a safety inspection of the station that was conducted in September 2019, found that the facility “was perfect in its operations”.

To the employees, she said: “As I look in your faces, I know that you are grieving. I know the sorrow you must be feeling right now, knowing that your place of employment is closed, and there is a lot of uncertainty in your minds about the future. But I know this place will rise again.”

The minister called on players in the service station business to ensure that their staff have the requisite training so they can respond effectively in similar situations.

Meanwhile, Heaven expressed sympathy to his team members for the incident, which he said had left them feeling sad.

“I want to express my sincere apology and sympathy for the trauma that you may have experienced being here at work. Many of our colleagues and friends have come to sympathise with us and we are gratified by the level of support and intervention,” Heaven said on Sunday.

He added that having served the community for more than 35 years, he was gratified by the level of support that has been coming from many persons across the country.

The service station has been enclosed for repair work to begin to ensure that business returns to normal within the shortest possible time.