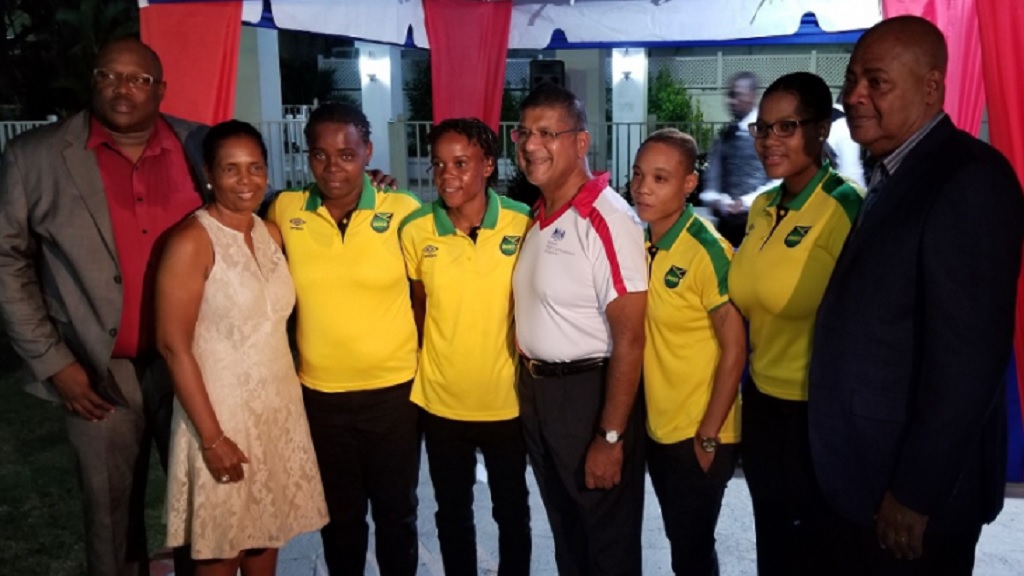 President of the Jamaica Football Federation (JFF), Michael Ricketts, is appealing for support for the Reggae Girlz, who last week became the first women’s team from the Caribbean to qualify for the finals of the FIFA Women’s World Cup.

Ricketts was speaking at a send-off reception for the Reggae Girlz at the British High Commission in Kingston on Monday night. The national senior women’s team departed the island on Wednesday for the United Kingdom where they will play the Nottingham Forest women’s team on Sunday, in celebration of the 70th anniversary of the Windrush Generation.

Ricketts thanked the stakeholders who made the successful World Cup campaign possible. However, he said now that qualification had become a reality the women’s programme is in greater need as the team prepares for next summer’s Women’s World Cup in France.

“These coaches physically, take their monies, whether cash or credit card and spent in support of the well-being of the women and enough praise can’t tell the story. These gentlemen have given a lot to this programme.”

However, despite the sacrifices of the coaches boosted by the support of Bob Marley’s oldest daughter, Cedella Marley, the JFF president said more is required to ensure the women have a successful campaign in France.

“We are not just going to the world cup because we have qualified to be there, we are going there to beat teams.” The Reggae Girlz achieved the feat by defeating Panama  4-2 on penalties in their third-place playoff match at the 2018 concacaf Women’s Championship at the Toyota Stadium in Texas.

The Reggae Girlz achieved the historic qualification to the Women's World Cup by defeating Panama  4-2 on penalties in their third-place playoff match at the 2018 concacaf Women’s Championship at the Toyota Stadium in Texas.

Both Jamaica and Panama were vying for a first-ever trip to football's premier tournament. Panama still have a chance to qualify in a two-legged playoff with Argentina in November.