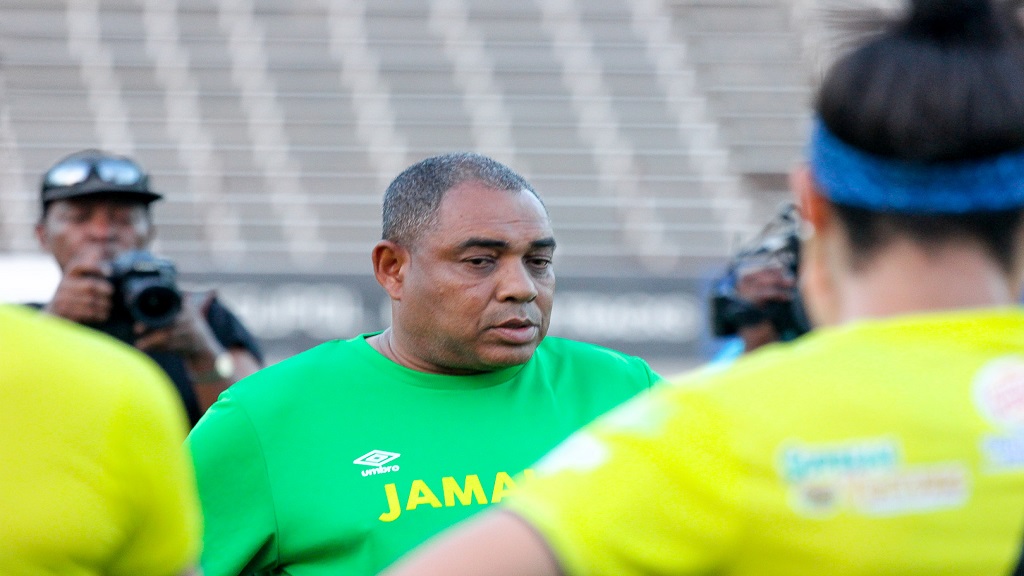 The fate of the senior Reggae Girlz coaching staff,  who led the team to the FIFA Women's World Cup in France earlier this year, will be known soon.

This was revealed by Jamaica Football Federation President, Michael Ricketts.

The contracts of United States-based head coach, Hue Menzies, and assistant, Lorne Donaldson, expired in August and the JFF board is mulling the future of their relationship with the federation.

The matter came up for discussion at a meeting of the JFF’s executive on the weekend, and the body is expected to come up with a decision soon, Ricketts told Sportsmax.TV on Wednesday.

“Some things came out at the meeting that we will not make public until I have discussed it with the coaches,” said Ricketts, who revealed that the immediate focus will be the World Cup campaigns of the Girls Under-17s and the Under-20s.

“Of course, the senior team; they are in the last stages of the Olympic qualifiers. Once that is over, they will be dormant for a while, so we will probably make adjustments.”

The JFF president said they had discussions with both Lorne Donaldson and goalkeeper coach Hubert Busby about joining the coaching staff for the under 17s and U20s following the success of the teams at the recent qualifiers.

“In the absence of Menzies, Donaldson took charge and they did a pretty decent job, they were very convincing every time they went on the pitch, but we will make a public disclosure soon, and the board did have a fulsome discussion on the contracts and what will happen thereafter,” Ricketts said.

He said there were several things to be considered before they arrived at a final decision.

“They were some grey areas. I will have a discussion with members of the technical team before I make a public announcement.”

The historic qualification to the 2019 FIFA World Cup follows the success of the men’s squad, which participated in the World Cup for the first time in France 1998. However, the Reggae Girlz were eliminated from their first-ever Women's World Cup without a point - losing 3-0 against Brazil on June 9,  5-0 against Italy on June 14 and 4-1 against Australia on June 18.

Following the Women's World Cup, the Girlz went to the Pan American Games in Lima, Peru and also crashed out without a point following the preliminary round stage.

The Girlz raked up a seven-game losing streak, starting with a 3-2 loss against Scotland in the United Kingdon on May 28, before ending that poor form with a 1-0 victory over host nation Peru on August 6 to secure a seventh-place finish at the  Pan American Games.

During that period and until now the relationship among the JFF, coach Menzies and the players have been very strange.

The strange relationship turned very ugly in early September when a dispute over salaries owed to the Girlz following their historic qualification for, and participation in, the FIFA Women’s World Cup in France in June, hit the international media.

The Girlz, seemingly led by star player, forward Khadija Shaw, stated on social media that they would not train or play for Jamaica until they are paid monies they were promised.

Shaw went a step further by speaking with BBC World Service about their issues.

Coach Menzies and his technical staff had once threatened to walk off the job as a result of outstanding payments.