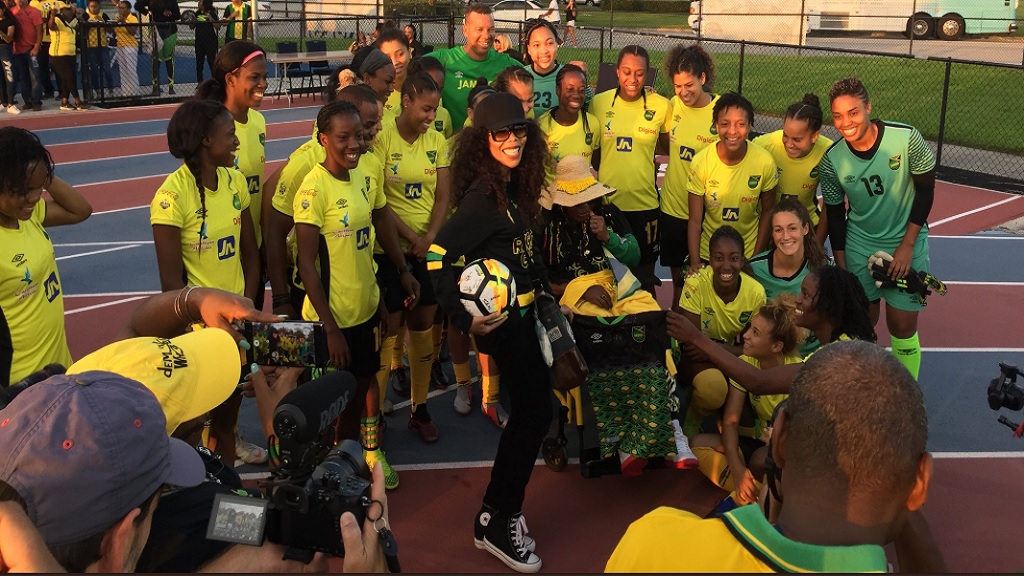 The Jamaica Football Federation (JFF) has moved to reassure the public that dislocations with its flight arrangements for the Reggae Girlz to travel to Scotland over the weekend were outside the federation’s control.

In a release late on Saturday, the JFF said following concerns that were expressed locally, it was assuring the nation that 33 members of a 39-member delegation to Scotland were scheduled to arrive there on Saturday evening (Jamaica time).

The federation said the group included 19 members of the 23 players in the delegation.

The remaining members of the delegation were scheduled to arrive in Scotland on Sunday morning.

The JFF said challenges experienced with the itinerary for the delegation were “due solely to the availability of the total number of seats available at the time of making the reservations.”

It said the itinerary that was utilised “was chosen in an effort to keep the entire travelling (largely) group together”.

The release said federation President, Michael Ricketts, was already in Scotland, and would meet the groups at the airport and streamline a smooth and comfortable settling of the delegation.

The Reggae Girlz were in South Florida for a short camp, during which they carved out a 2-1 victory over FC Surge in a 60-minute game at the Ansin Sports Complex in Miramar, Florida on Thursday.

From there they flew to the United Kingdom for a friendly against Scotland in Edinburgh on May 28, before travelling to France.

The number 53-ranked Jamaica is in Group C of the Women’s World Cup with 10th-ranked Brazil, sixth-ranked Australia, and Italy, ranked at 15th.

The Reggae Girlz will begin their World Cup campaign on June 9 against 2007 Women's World Cup runners-up Brazil at the Stade des Alpes in Grenoble.

The Reggae Girlz will return to action on June 14 at the Stade Auguste-Delaune in Reims, where they will square off against Italy.

The Jamaicans will then round out their group stage action four days later on June 18 against Australia, once again at the Stade des Alpes in Grenoble.

They achieved the feat by defeating Panama  4-2 on penalties in their third-place playoff match at the 2018 CONCACAF Women’s Championship at the Toyota Stadium in Texas.