JFF to begin construction of synthetic playing surface next month 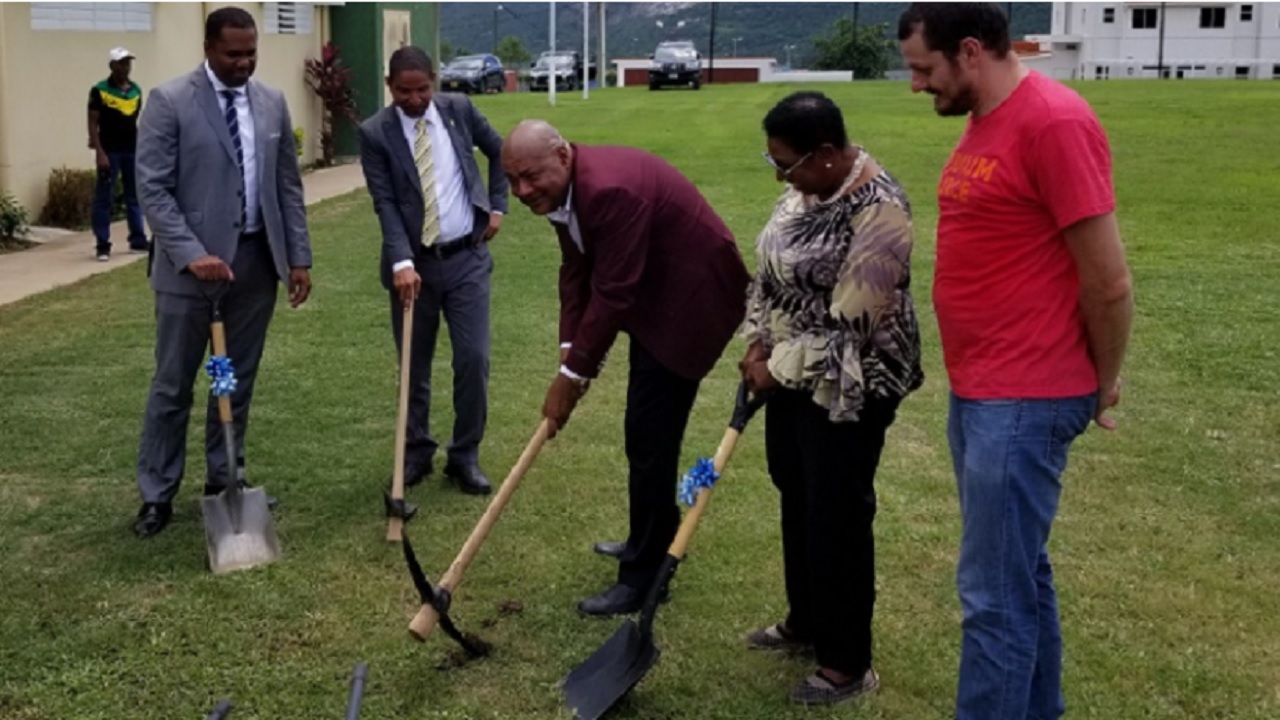 The Jamaica Football Federation (JFF) has announced plans for a US$600-000 synthetic playing surface at the Captain Horace Burrell Centre of Excellence in Kingston.

Construction is to set to begin on Monday, October 1.

This project represents Phase 5 of the FIFA Goal Project that began with the construction of the Centre of Excellence in 2006.

Ground was broken on Tuesday for the construction of the synthetic playing surface.

“This is part of an ongoing process and with the crave for better playing surfaces the JFF would have had several discussions with FIFA and the end result is that effective immediately, we will start laying a synthetic pitch right here,” said JFF President Michael Ricketts at the ceremony held at the centre located on the campus of the University of the West Indies, Mona.

“I was pleasantly surprised when the contractor, who represents Stadium Source, told me that it will take him, all things being equal, 99 days to complete the project.”

Ricketts further added that “I wish I didn’t have to say this but the dormitory, the contractor told us months ago that it would have taken five months. It is now 14 months but that was a local contractor, contracted by FIFA. So, I am saying, sir, I am holding you to this. It, therefore, means that by December, by Christmas, we will have a nice Christmas present.”

FIFA Regional Office Development Manager Marlon Glean said it was an honour to witness such a historic event that will go some way to saving the cash-strapped JFF significant sums of money.

“This is the first time the JFF will own an artificial turf surface, and it shows the vision of the president and the board of the JFF,” he said.

“Not only is the artificial turf be able to serve football but it will help in terms of the budget of the JFF in terms of maintenance. In this region, we have a challenge with water during certain times of the year. This turf field will withstand any shortage of water. It will also serve the JFF for at least 10 years without any major maintenance work.”

He also praised the JFF for getting on board early with the trend of installing artificial turf.

“In this region and in Africa we have had a lot of demand for artificial turf and the JFF saw the opportunity and decided to get on board really early so that they too can have an artificial turf in Jamaica,” he said. “So, I congratulate the president and the board for taking such a decision which in the long run contribute towards the continued development of football in Jamaica.”

The ceremony attended by Sports Minister Olivia Grange, Mayor of Kingston Delroy Williams as well as members of the JFF board and other stakeholders in the Jamaica football fraternity.