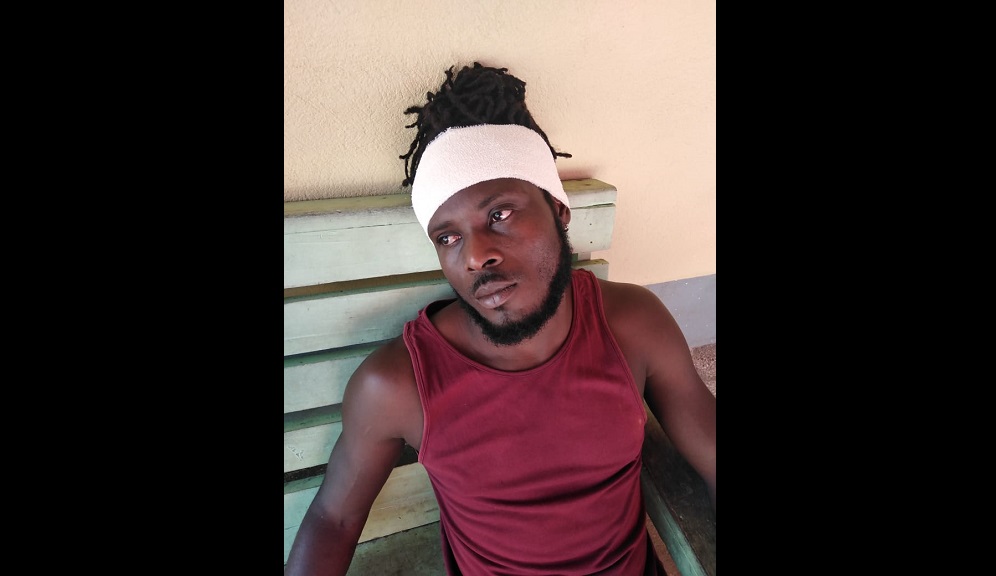 Former Digicel Rising Stars contestant Jermaine Michaels was in a car accident over the weekend, reportedly suffering a minor concussion, cuts and bruises.

The accident reportedly occurred in the vicinity of Walkerswood, St Ann, and the car in which he was travelling, a Toyota Corolla, suffered major damage.

"I don't even know how it happened because everything just happen so fast, a next car come over on mi wid his bright lights and mi swing out of him and run inna one tree and mi hit my head hard on the dashboard, but mi never blackout," Michaels told Loop News reporter Claude Mills.

"No one else was injured. The accident happened at about 12:30 Friday night, mi go private doctor and mi get send home and ting with some pain medication, but otherwise, mi alright," he added.

The artiste has been getting major props for the reggae-flavoured single, 'Am a Soldier' which was released on May 23rd on the Big Dreams Production label.  The song which preaches the power of perseverance in the face of insurmountable odds has struck a chord with the Jamaican public.

"I am going to shoot a video for the song when I heal up," he said.

Reggae singer Leroy Gibbons recuperating after being shot in Portmore