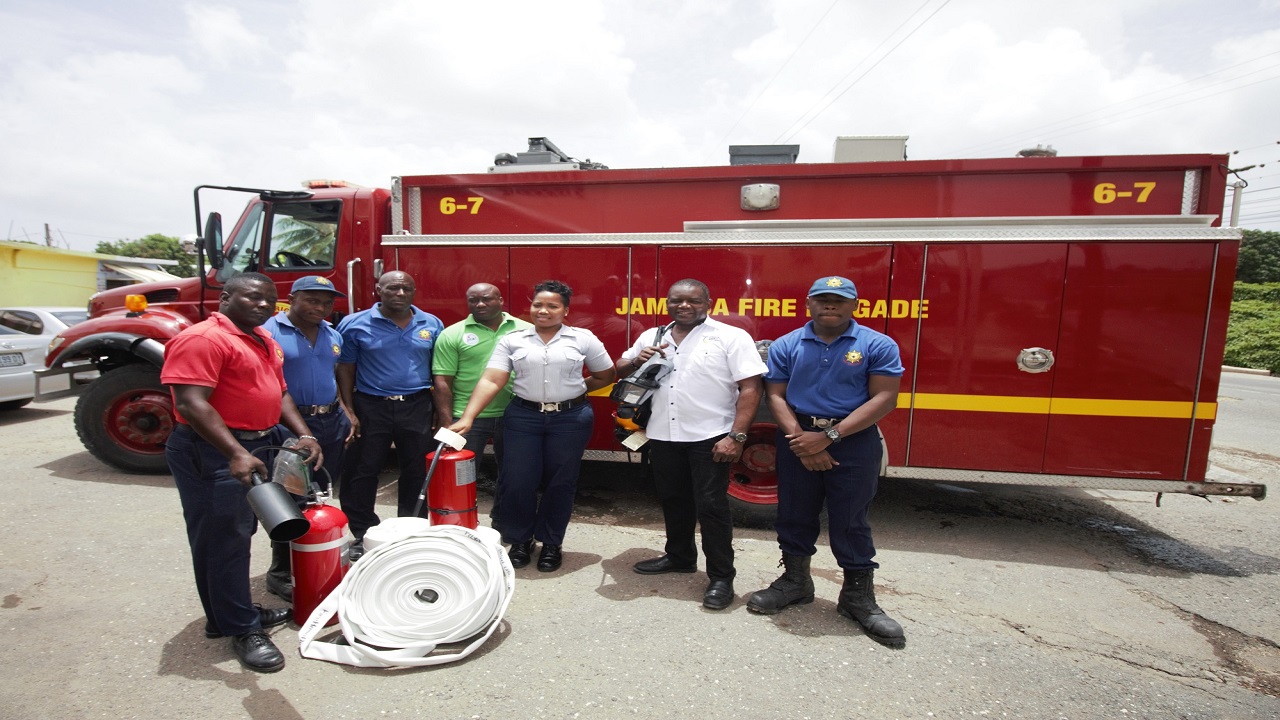 The Old Harbour Fire Station benefited from the initiative.

Staff of the Jamaica Energy Partners (JEP) and its affiliate company, West Kingston Power Partners (WKPP), was joined by community members for Labour Day efforts under the theme Powering our way to a Brighter Community.

JEP, whose plant is located in Old Harbour Bay, focused its efforts on the Marine Terminal Bathing Beach. There, able staff and residents worked together to rehabilitate existing change rooms damaged by the passage of Hurricane Dean in 2007. Additionally, the beach was beautified through the collection and disposal of garbage and de-bushing along the coast. 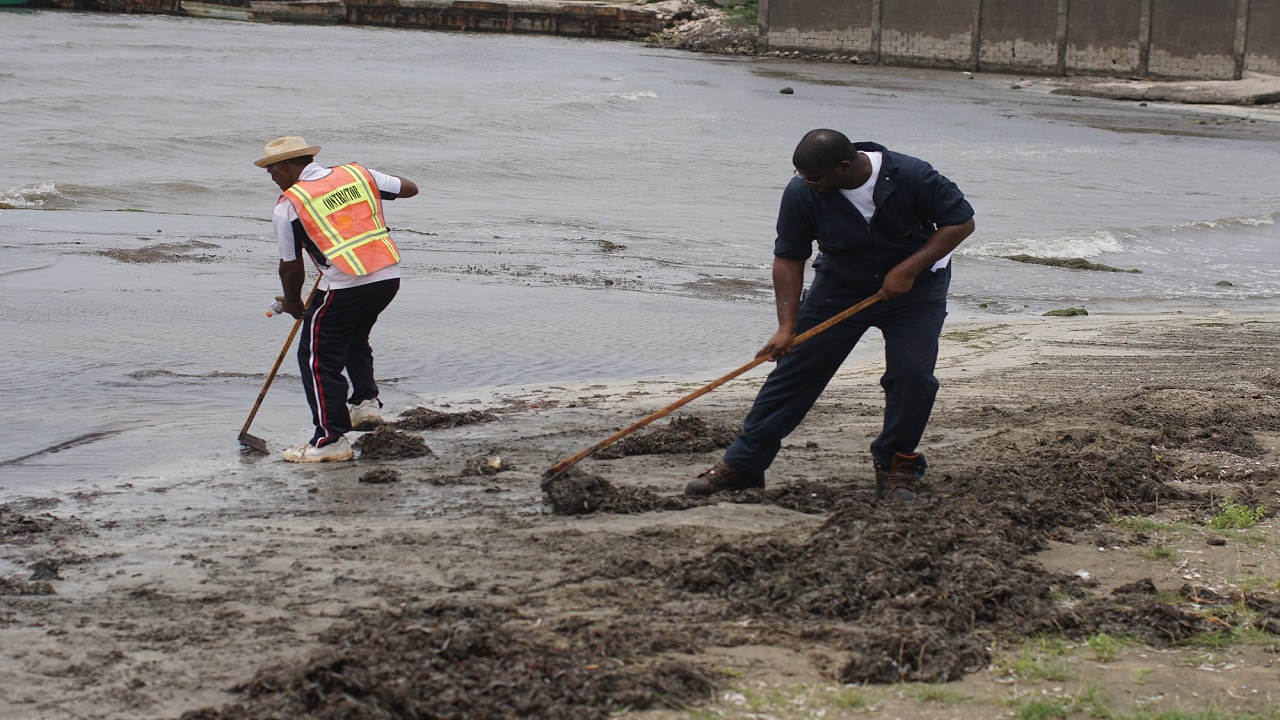 The Marine Terminal Bathing Beach serves as a place of recreation for many surrounding communities in Old Harbour Bay. Thus, the increased need warranted secure and differentiated changing areas for those using the beach.

"Visitors will be more comfortable bathing at the beach as we now have a changing room that we have wanted for a long time now but could not afford. We want to thank the Jamaica Energy Partners for assisting us. Our MP had started work on the beach which we are grateful for but with JEP’s help it shows that not only politicians are involved, but stakeholders,” she added.

Simultaneously in West Kingston, persons gathered to work at the Trench Town Fire Station which was carried out in two phases. The first involved beautifying the area and the second phase was the provision of equipment, correction of electrical hazards and installation of lighting. WKPP also hopes to install cameras to enhance security for the men and women serving the station. 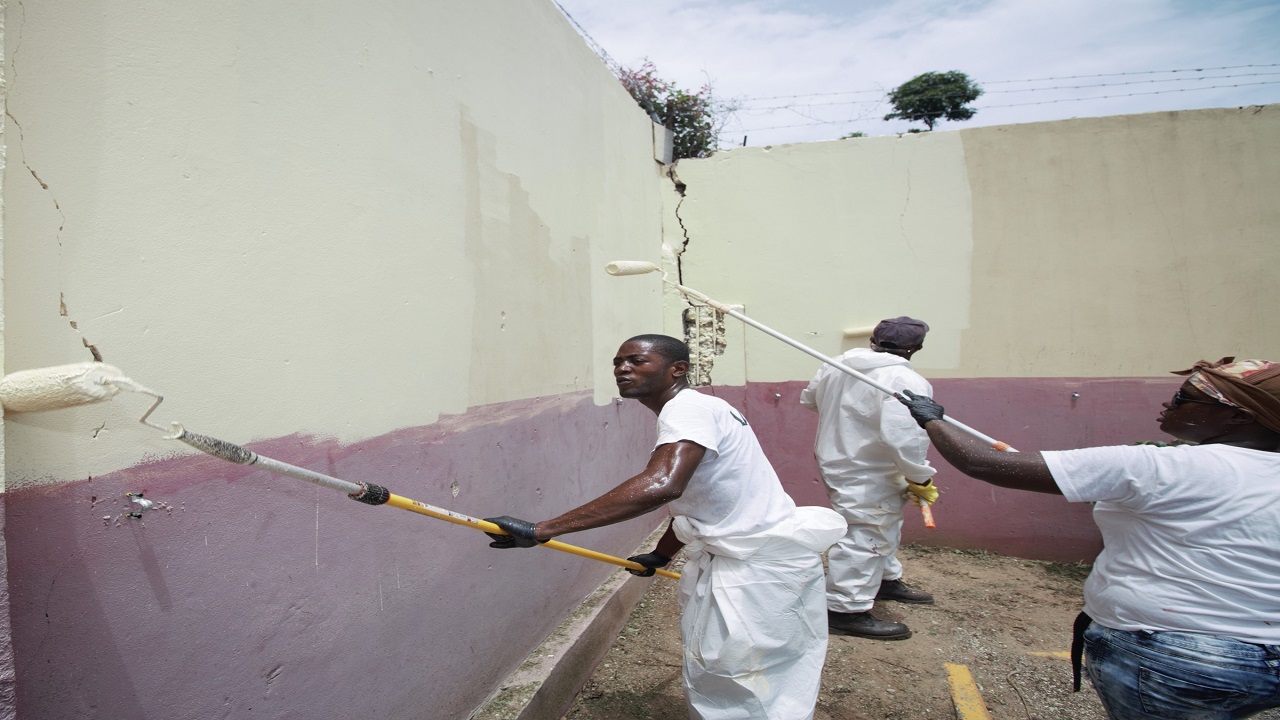 The Trench Town fire station operates as the primary response unit to the WKPP plant, KPH, and numerous commercial and industrial enterprises along Marcus Garvey Drive. Additionally, the Trench Town Fire Station also provides support to WKPP through safety drills to assist staff in preparing for various potential life-threatening disasters. This formed the basis for WKPP’s outreach to the Fire Station.

Superintendent Kevin Haughton, officer in charge of the Fire Brigade’s KSA Division spoke to WKPP’s Labour Day Partnership: “The Jamaica Fire Brigade was pleased to have JEP on board for Labour Day 2017. The management and staff were elated and I want to thank West Kingston Power Partners for the expression of interest in the Trench Town Fire Station. This well-needed facelift will improve the overall aesthetics and the morale of staff who are assigned to the Trench Town Fire Station.”

WKPP has been a supporting partner of the Trench Town Fire Brigade from 2012 through periodic donations of equipment and partnering in various educational initiatives designed to increase awareness of fire safety and prevention.

Wayne McKenzie, President and CEO of JEP and WKPP, spoke to the support of the communities:

“JEP and WKPP take pride in our community and its environs. Our involvement and support of our residents and their interests extends well beyond Labour Day and involves year-round action in areas of Sports, Education, Environment and Donations," McKenzie said.

He added: "Nevertheless, we selected this year’s projects for the benefit provided to the community, the value the residents place and the finished project and the long-term impact. We are committed to building a better community and to improving the livelihood of those who reside in our environs.”