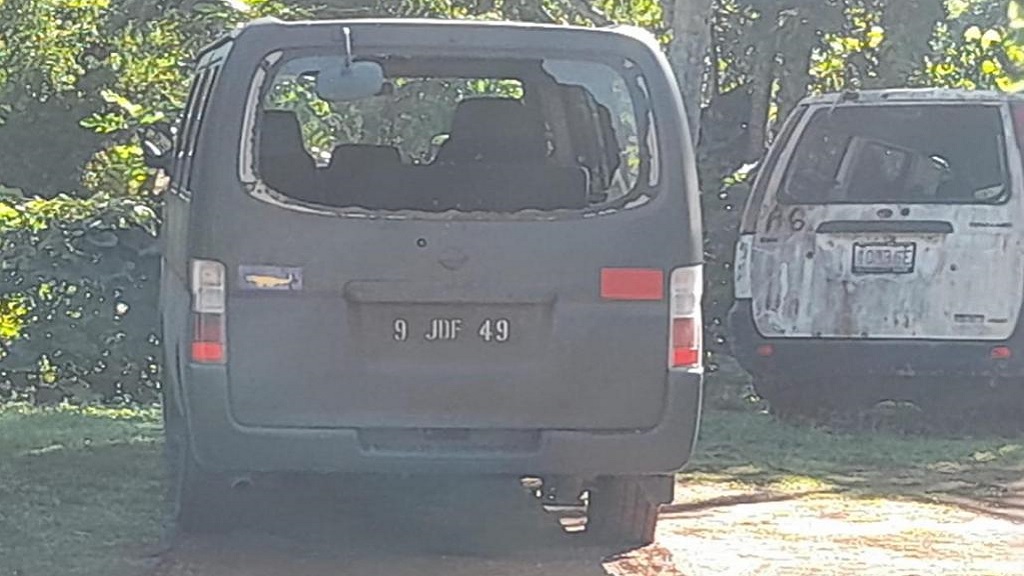 The JDF minivan involved in the incident.

Two Jamaica Defence Force (JDF) corporals allegedly held earlier this month in St Elizabeth with more than 2,000 pounds of ganja after a gun battle with police have now been charged.

They have been identified as 39-year-old Roan Mendez of a Kingston 10 address and 38-year-old Robert Smith of Balaclava district, St Elizabeth.

The men were each charged with illegal possession of firearm and ammunition, shooting with intent, possession and dealing of ganja and taking steps preparatory to export ganja.

Reports are that about 9:30 pm, a team comprising of members of the Narcotics and Westmoreland divisions of the police, assisted by members of the JDF, acting on intelligence, attempted to intercept a minivan in the Gutters area. However, the occupants of the vehicle fired upon the team and discarded several packages as they attempted to flee.

The vehicle was eventually intercepted and the two men—who were later confirmed to be JDF members— were arrested. Their licensed firearms, the ganja and the vehicle the men were traveling in were seized. The ganja weighed more than 1,500 pounds and had a street value of over J$6 million, the police said.

The vehicle is reportedly the property of the JDF.

Following investigations and formal interviews, the men were charged on Tuesday, October 27, and are scheduled to appear in the St Elizabeth Parish Court on Friday, October 30.

JDF soldiers in custody after shootout with cops 'over illegal drugs'