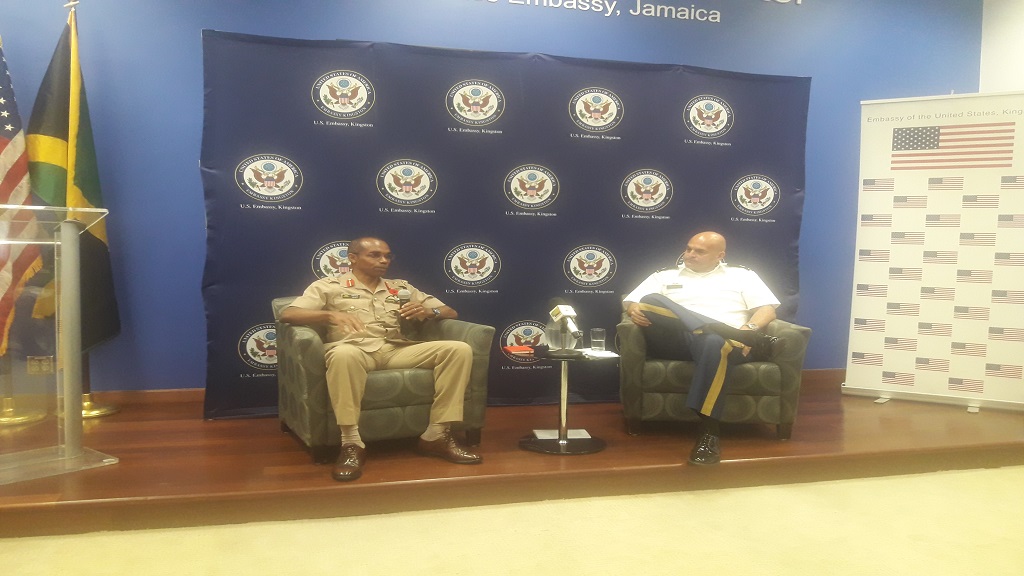 The Jamaica Defence Force (JDF) has received a major boost in its quest to improve on its capabilities to tackle criminal networks that pose a threat to the island’s borders, including terrorist groups, following a visit by Chief of Defence Staff, Major General Rocky Meade.

“The purpose of CVO 2018 was to promote unity of effort, increase international participation in the military network and share lessons learnt from military activities to defeat violent extremist organisations, to include ISIS,” Lieutenant Colonel Pablo Raggio, senior defence official/defense attache for the US Embassy in Kingston, disclosed during a press conference at the embassy on Friday.

Major General Meade said a total of 80 military leaders from across the world attended the conference.

He said issues such as the common threats Jamaica and the United States face were discussed, and there were also talks about continuing initiatives that cover information sharing, training, disaster relief and humanitarian support.

The top Jamaica Defence Force (JDF) officer said he thought it was a very important turn in the dialogue of the past, “because we tend to focus a lot on how we counter the threat, as opposed to how we may prevent that sort of threat in the future.” 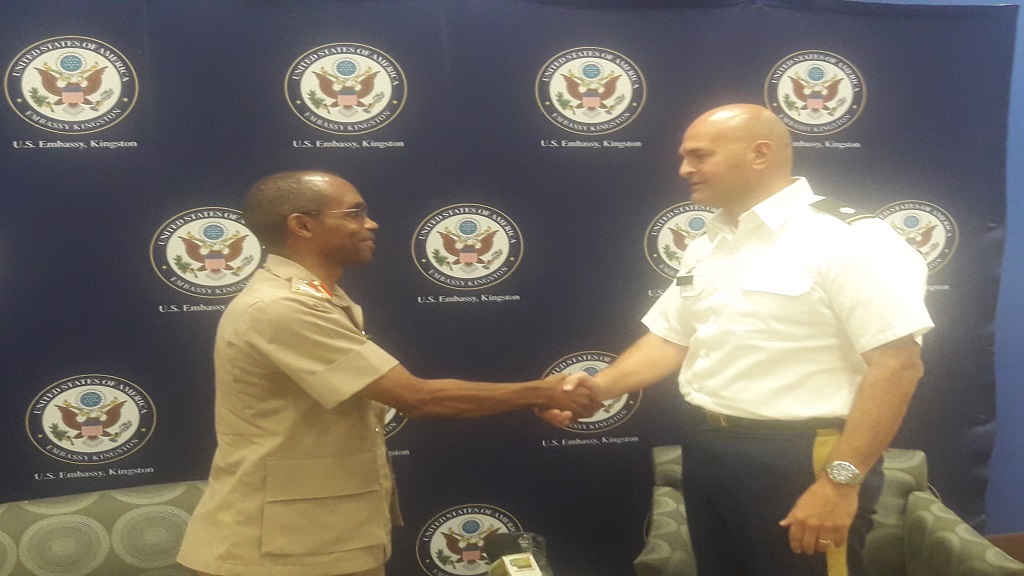 And following the meeting, Raggio disclosed that the JDF was being hailed by senior leaders in the United States as a reputable organisation that is respected in the military community across the world.

United States leaders were reported to have indicated that as they step up their fight against terrorism, they were pleased with the work that Jamaica, especially through its military, has been doing.

“Jamaica Defence Force is professional; it is a trusted and reputable military. The JDF has proven time again that it is a regional leader and a capable military force that punches above its weight, and is respected by the global military community,” said Raggio.

He said senior leaders in the United States have identified Jamaica as a willing partner to support US government security initiatives. He said the country’s senior leaders have also taken note of the JDF’s impact on the Caribbean region.

US Coast Guard commends JDF for role in counter-drug operations

Video: Hanover homeboy defies the odds to make it into the US military