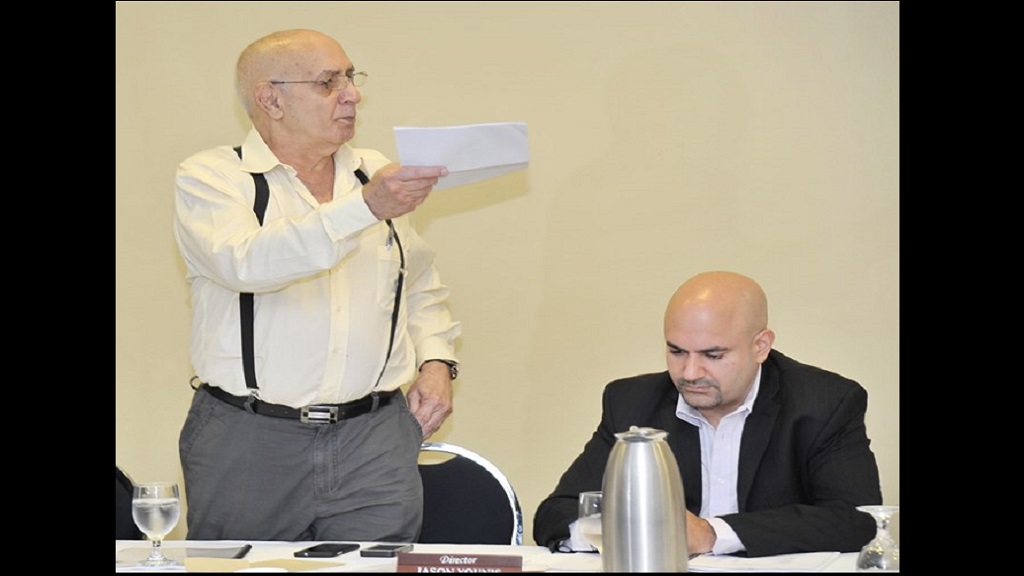 Sameer Younis (standing left) devoted more than 40 years to serving the Jamaica Chamber of Commerce (JCC). Also pictured is one of his children, Jason Younis, who serves as a director of JCC.

The Jamaica Chamber of Commerce (JCC) has joined the local private sector and wider public in mourning the death of businessman Sameer Younis.

Younis, 77, who had been battling illness for several years, passed away on Sunday.

He devoted more than 40 years of his life serving the JCC and the nation unwaveringly.

He served the chamber as President from 1986-1991. During his tenure as JCC President, he dedicated countless hours to solidify the legacy of the chamber, not only as the leading advocate for business but also as a proponent of the view that business must have strong representation in social development.

“Mr Younis was not only a president but also a great motivator and inspiration, demonstrated through his decades-long leadership of the JCC’s Civic Affairs Committee, the chamber said.

Over the years he introduced the Junior Achievement programme to Jamaica; headed the “Clean as a Whistle”, “Helping Hands” and “People Against Road Accidents” campaigns; and organized an Inner City Development Programme that focused on Youth Leadership Training, one key component of which emphasised improving the relationship between members of the Jamaica Constabulary Force and the youth of Jamaica’s inner cities.

He also initiated the Annual Grand Charity Ball to assist in underwriting the costs associated with the JCC’s social and community outreach activities.

Responding to his passing on Sunday, Lloyd Distant Jr., JCC President said, “We have lost an extraordinary person who exhibited the attributes of skilled leadership and great determination. We will treasure the memory of Sameer as a larger-than- life character whose commitment to Jamaica and his beloved JCC was boundless. Mr Younis will long be remembered for his commitment

to mentorship and his passing will be an enormous loss to his family, his extended family including the Chamber, and to the business community he cared so much about”.

Distant further went on to state that, “Jamaica is all the poorer at his passing, but he leaves behind a solid foundation for us to build on, and his legacy will stand as an example to all of us, to persist in our pursuit of progress. We extend our deepest condolences to his wife Leila, children Jason, Mark, Tamar, Allan and Robert, his family, colleagues and friends. We will miss him immensely”.