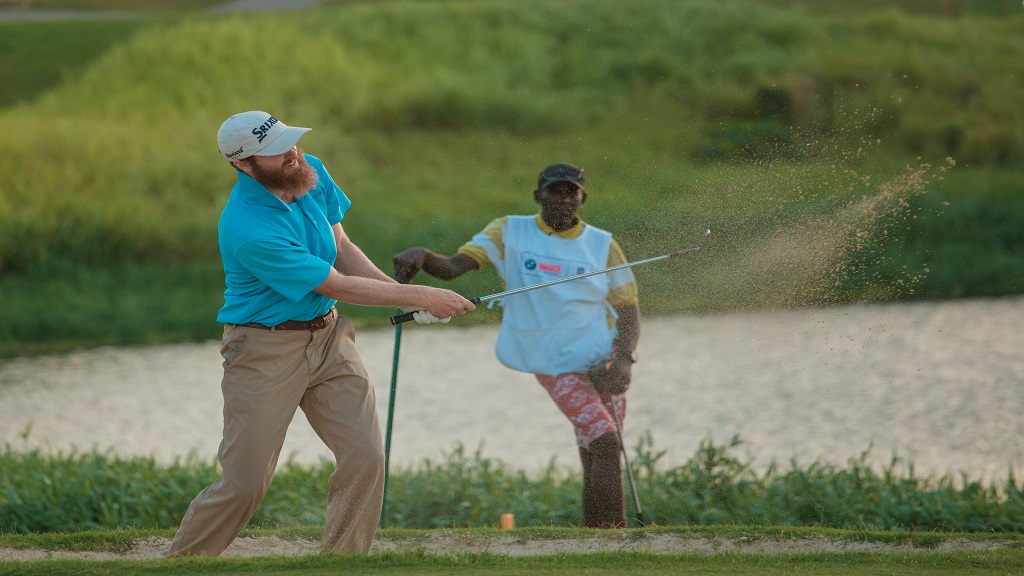 American Evan Harmaling in action on day two of the PGA Latinoamerica BMW Jamaica Golf Classic at Cinnamon Hill in Montego Bay on Friday, May 17, 2019.

Jamaican Justin Burrowes, Orville Christie, and Ian Facey all failed to make the cut following round two of the PGA Latinoamerica BMW Jamaica Golf Classic at Cinnamon Hill in Montego Bay on Friday.

Amateur Burrowes was the best placed Jamaican at the 117th position following a  second round of 72 for a total of 149.

Christie played better on day two, firing an even-par 72 for 128th place, while Facey did not play as well and finished with a six-over par 78 for 135th place.

The day belonged to American Evan Harmaling who produced some scintillating golf to take the overall lead.

The 30-year-old Boston native racked up two birdies on the front nine, then made the turn to chalk up another four birdies to end round two with a score of six under par 66.

After moving up 64 places on the leaderboard, Harmeling's total of 132 is one shot better than Guatemala's Jose Toldeo, American Dawson Armstrong and Augusto Nunez of Argentina who are all tied for second heading into the third round on Saturday.

Toldeo closed with an impressive round of eight under par 64.

Following his opening round of 69, Toledo moved up 18 places on the leaderboard with a total score of 133. Armstrong and Nunez had rounds of 64 and 67 respectively.

Five players are one shot back at 10 under par including day one leader Tom Whitney.