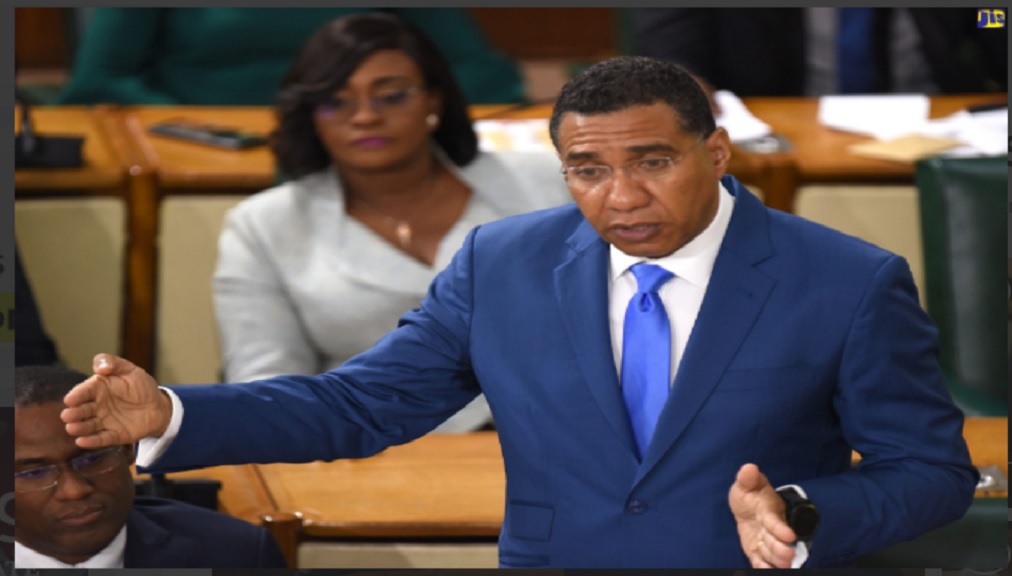 Jamaica has extended the closure of its borders to incoming passengers by another two weeks Prime Minister Andrew Holness has announced.

According to Holness, the extended border closure is aimed at mitigating the spread of the deadly coronavirus, (COVID-19) on the island. Up to Friday, Jamaica had recorded 53 cases of the respiratory virus, a doubling of cases from 26 in just seven days.

“At this stage, we have to look at what is in the national interest, the public interest and even in the interest of those who have to shelter in place overseas,” Holness said while addressing a Jamaica House press conference on Friday.

And, he said Jamaica was not yet at the stage where a return to normalcy could be considered at this time. The prime minister served notice that even after the COVID-19 pandemic has passed “We have to get used to what we call a new normal – meaning that there will have to be new measures to control entry into the island”.

He pointed to countries that, having come out of the peak of the pandemic, saw a spike in coronavirus cases after allowing mass entry of their nationals.

“The other consideration is that the countries from which we would get most of our nationals seeking to return home are countries with…exponential rise in their community spread and therefore we have to be very concerned about that,” Holness stated.

While he did not name any country, the United States and the United Kingdom which are home to thousands of Jamaicans are both seeing widespread community spread of COVID-19. Jamaica’s first confirmed case of the virus was a female traveller from the UK who arrived in the island on March 4 for a funeral. Several of her close contacts, including her father, have since tested positive for the coronavirus. Patient One as she was called is among seven persons who are now fully recovered from the disease and have been discharged from the hospital.

The prime minister reiterated that at the end of the 14 days, the government will review and make a decision on whether to allow incoming passengers into the country. In the interim, he said the administration will be looking at what protocols to put in place in the post-COVID pandemic era as it relates to entry into the country.

Search on for 15-y-o girl gone missing in Clarendon

Jamaican dollar strengthens against US counterpart