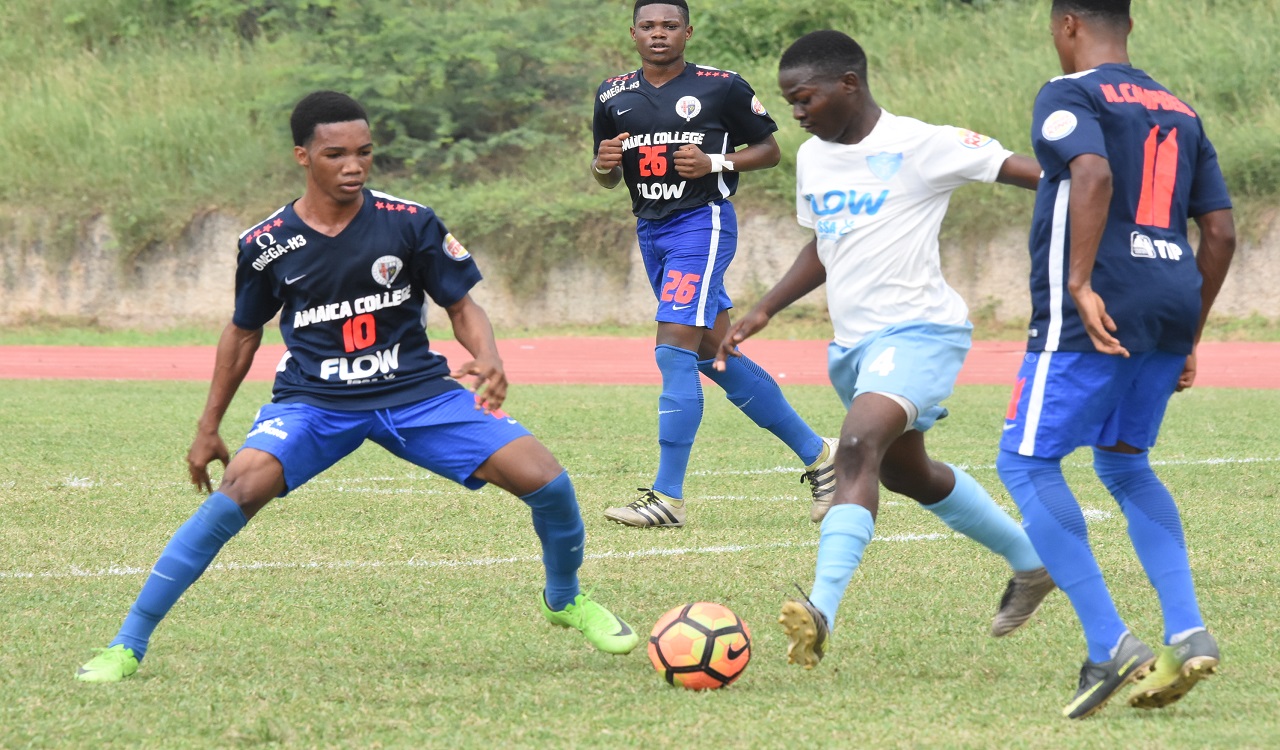 Last year's beaten finalists Jamaica College (JC) booked a spot in the semi-finals of the 2017 ISSA/FLOW Walker Cup knockout competition, following a 3-1 win over St Catherine High in the opening game of a double-header at the Stadium East field.

JC  took the attack to St Catherine High very early, and received an opportunity to take the lead the 15th minute when Norman Campbell broke down the left side and slotted a ball inside to Saqlain Waul. However, Waul's shot was well saved by  Raheem Henry in goal.

St Catherine High  hit back with a counter attack of their own in the 29th minute when Tyrese Matthia made a bustling run down the right, but his right footed running shot was blocked by the JC defense.

That miss spurred on the 'Dark Blues' and they took the lead in the 41st minute when Tyreek McGee was presented with the ball just outside the 18-yard box and rifled a left footed shot past the hapless Henry.

In the second half, JC picked up where they left off and came out attacking. Five minutes after the restart, they went 2-0 up when Waul fired home from inside the area after Shaniel Thomas’ shot was blocked.

JC wrapped up victory in the 81st minute when Milton Walford ran past his marker on the left and fired a rocket into the back of the net.

St Catherine High pulled back a goal in time added on, when thy were awarded a penalty after a handled ball inside the area.

Maliek Miller converted from the spot to make it 3-1.

JC's head coach Miguel Coley was happy for the victory.

He said, “after losing to KC on Saturday our boys came out fighting today and the result speaks for itself, we have to do a bit more work and get ready for the semi finals as well as the Super Cup.”