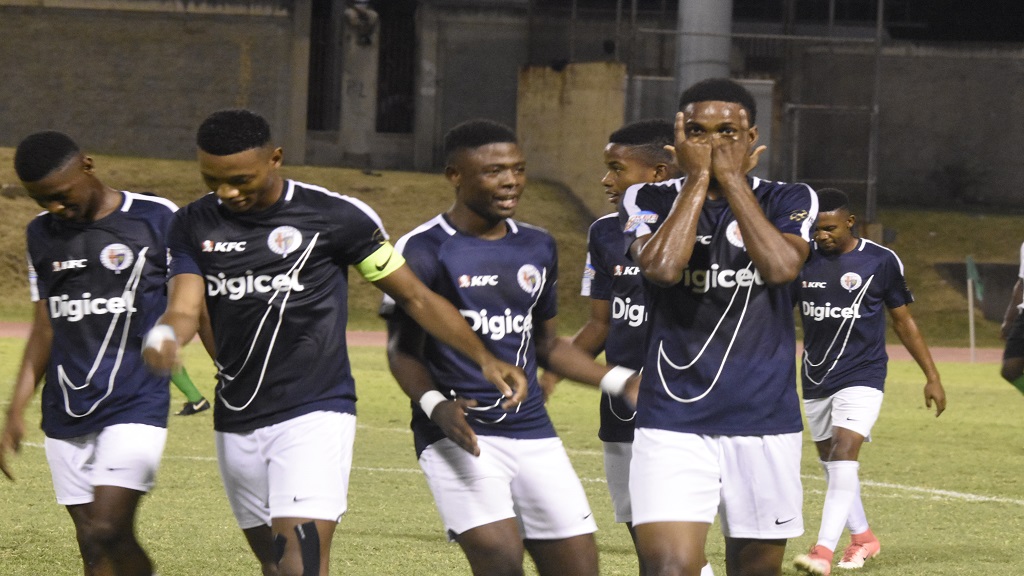 The 2018 schoolboy football season kicks into high gear on Saturday with the quarter-finals of the  Inter-Secondary Schools Sports Association (ISSA) rebranded Champions Cup.

The quarter-final matches will take place at the Stadium East field in Kingston and the Montego Bay Sports Complex with both venues featuring double-headers.

Jamaica College (JC), the inaugural (2014) champions of the then Super Cup before it was rebranded this season to Champions Cup, are among the eight teams fighting for championship honours.

JC will face Holy Trinity High in the first match of the Stadium East doubleheader at 4:00 pm. St George’s College, the 2015 champions, and St Andrew Technical High School (STATHS) will contest the second game at 6:00 pm.

The Champions Cup (formerly Super Cup) is now in its fifth edition with the rural area teams yet to win the championship.

Only two rural area teams – STETHS and Cornwall College – are in the quarter-finals after urban area schools dominated first round action last weekend.

Over at the Stadium East field, JC and Holy Trinity should have an interesting battle. The schools will meet for the second time this season and JC will enter the day as favourites after eliminating Holy Trinity from the Digicel Manning Cup competition on October 30 at the quarter-final stage when winning 2-1 at Calabar High.

JC secured their spot in this stage of the competition very easily by whipping Mile Gully High 4-0 last Saturday at the Stadium East field, while Holy Trinity defeated Dinthill Technical 4-2 on penalties in the second match at the venue.

JC also have a better record this season in the Digicel Manning Cup, which serves as the qualifying tournament for the Champions Cup. The five-time defending Manning Cup champions won 12 of their 15 games with two draws and a defeat compared to Holy Trinity’s record of 10 victories and five defeats.

The second game of the doubleheader between St George’s College and STATHS should be close. This will be the third meeting between the teams as they were drawn in the same Digicel Manning Cup preliminary round group. The teams battled to a 1-1 scoreline on September 25 at Winchester Park and 14 days later they also played to a 1-1 draw at STATHS.

Despite the close results when they met, St George’s College have the better statistics this season. The North Street-based school has won 11 of their 15 Digicel Manning Cup matches while drawing four compared to STATHS’ eight victories and seven draws.

STATHS got to this stage of the competition by beating Manchester High 4-2 on penalties in St Elizabeth following a 1-1 draw at the end of regulation time.

Over in Montego Bay, STETHS and Cornwall College will try to stop the dominance of the urban area schools.

STETHS secured a big scalp in Kingston last Friday to get to this stage of the competition by defeating Kingston College 6-5 in a sudden death penalty shoot-out at Sabina Park.  STETHS’ opponents for Saturday – Charlie Smith High – also eliminated a big scalp by beating Clarendon College 4-2 on penalties last Saturday in St Elizabeth. A good game looms between the teams.

Cornwall College secured their quarter-final spot courtesy of a 3-2 penalty victory against 2016 champions Wolmer’s Boys in Montego Bay last Friday, while their opponents for Saturday – Camperdown High – got by Frome Technical 1-0.