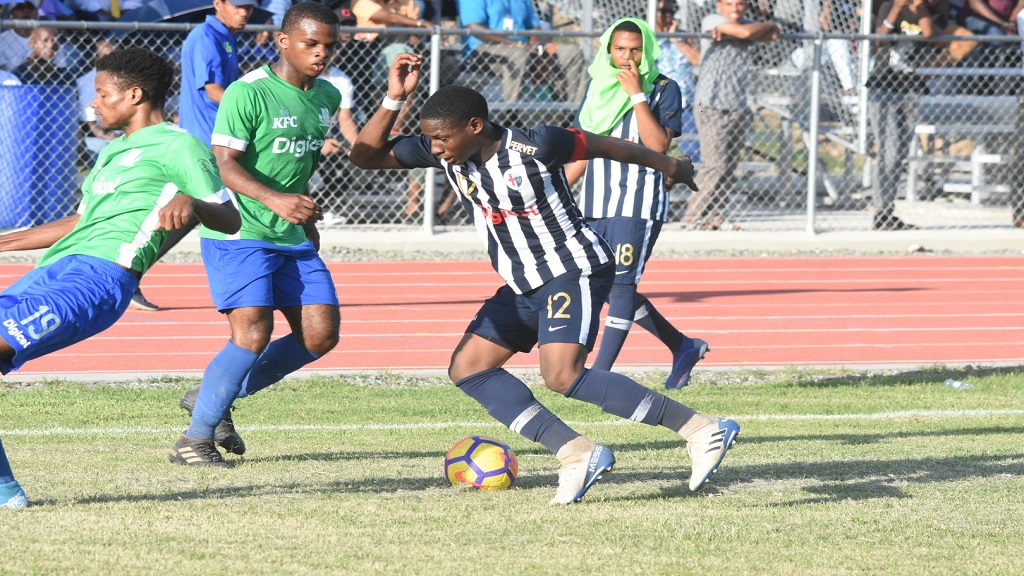 JC stretched their record to four straight victories after a crushing 8-0 triumph over the visiting Innswood High.

The win pushed the 29th-time champion to maximum 12 points in Group E, a five-point lead over second-place Wolmer's Boys, which were held to a 2-2 draw at Tarrant High.

Both JC and Wolmer's Boys were returning to action for the first time after their matchup at the Stadium East field on Monday was called off when five players were struck by lightning.

Two of the affected students were identified as Terrence Francis of JC, who had to be stretchered off the field and Dwayne Allen of Wolmer’s.

Two players, one each from JC and Wolmer's, were taken to hospital but both have since been released.

Wolmer's were leading the contest 2-1 at the time of the incident, with approximately six minutes of play remaining.

Camperdown High, a three-time winner of the Manning Cup, also improved their record to four straight victories. They won 3-0 at St Mary's College to move to maximum 12 points in Group D, a five-point lead over second-place Hydel High, which battled to a 1-1 draw against Mona High at the Caymanas Park field.

FRIDAY'S MATCHES (All scheduled to start at 3:30 pm)