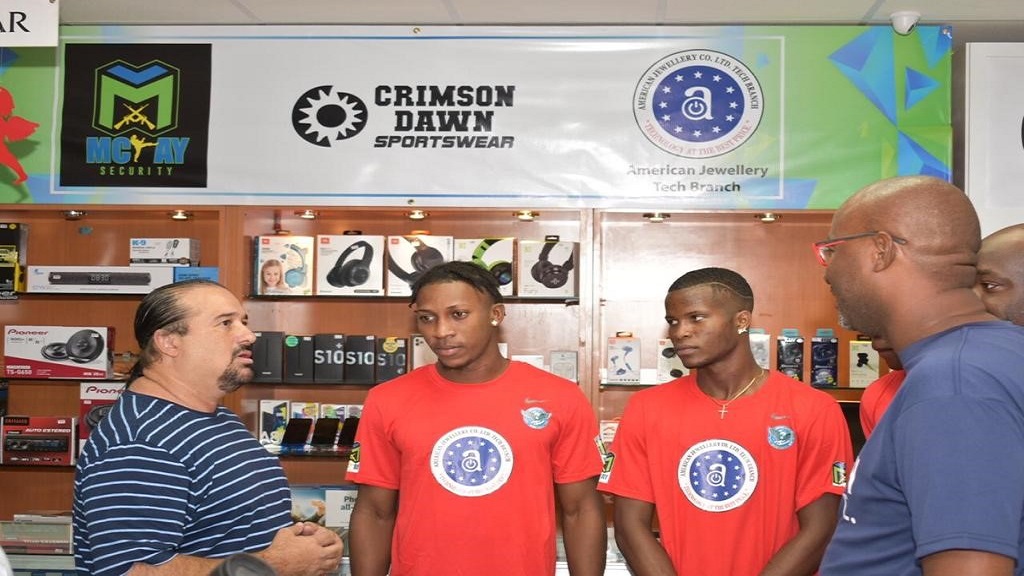 Citing the influence sports can play in reducing the level of violence, Jason McKay, CEO of McKay Security, is calling on corporate entities in the retail business to throw their support behind football clubs.

“It’s an initiative to get commercial entities to assist the teams,” he commented. “The teams are really going through a lot and these teams are the cement of many of the communities that they operate in.”

Continuing, McKay said: “Duhaney Park, in particular, is a very historic, traditional team, it’s a big peacekeeper in the community. The initiative is really to get friends of mine involved who operate businesses in the retail market; we put one-third, they put the rest and they give the teams a little support to get them through the season.”

McKay Security has had a long association with sporting sponsorships, primarily with horseracing, karate at the national and high school levels and football, providing financial backing over the years for senior competitions in the St Catherine Football Association and KSAFA, through its youth competitions.

“I don’t think many people understand how much money it costs these football teams to operate. For an average club, just the Major League team alone, it’s two and a half million dollars a year, and that is just skimping if they are not paying the players,” he reasoned.

“So it is very difficult for these communities to find $2.5 million. But they have a great product – football has a lot of support from the press in Jamaica, it is right across every parish in the country, it comes in every newspaper and on every television broadcast.”

Duhaney Park have made a decent start to this season’s competition, winning their first match 3-0 against Shortwood United, before playing out a thrilling 3-3 draw against Maverley-Hughenden in their second game last weekend.

“I would like to reach out to more people in the retail business who is offering their products to the sporting industry to try and get on board, to pick a team, talk to us, we’ll do what we can, either KSAFA or St Catherine Football Association, either of those leagues are the two leagues we’ve been looking on as good possibilities for the teams that may need help. Contact me and we’ll see what we can do,” McKay outlined.

“It’s part of an effort to try and get as active as we can be in bringing about a more peaceful environment. Where we can encourage positive commercial involvement we prefer having that type of thrust behind any of our sporting teams,” he added.