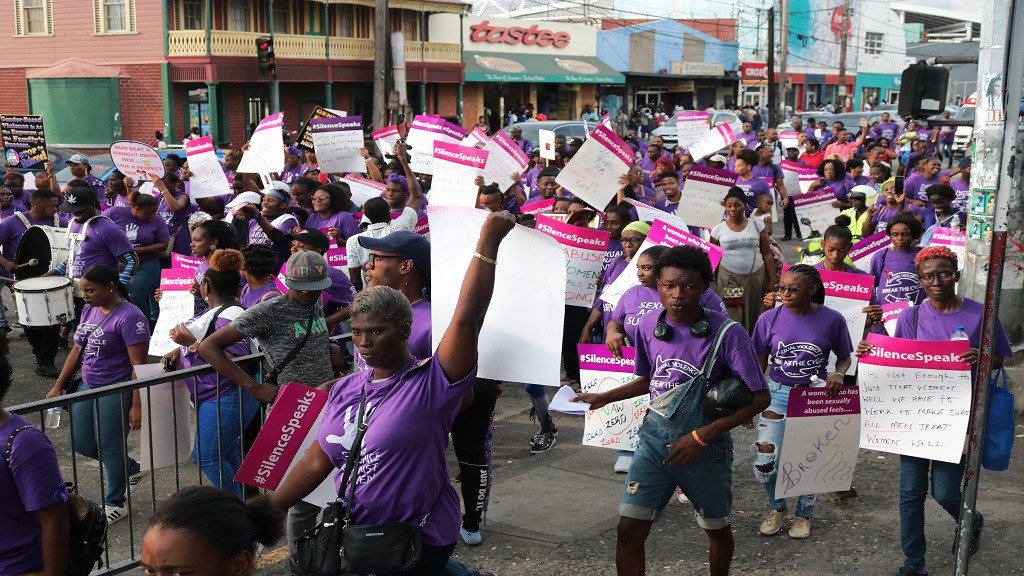 Over 300 Jamaicans took the streets of Kingston on Monday, November 25 to recognize International Day for the Elimination of Violence Against Women.

The Jamaica AIDS Support for Life (JASL) on Monday hosted its annual silent protest and concert to end violence against women.

The event was held in collaboration with JASL's partners AIDS Healthcare Foundation (AHF), and the Joint Civil Society Forum on HIV comprising  Eve for Life, Jamaica Network of Seropositives, Caribbean Vulnerable Communities, Jamaica Community of Positive Women and other organisations.

The event which was being staged for the fifth time in Jamaica had over 300 supporters donning symbolic purple shirts with the bold message: “Stop Violence against Women." The protest was in support of the International Day for Elimination of Violence against Women (IDEVAW) which is recognized globally on the 25th of November each year. 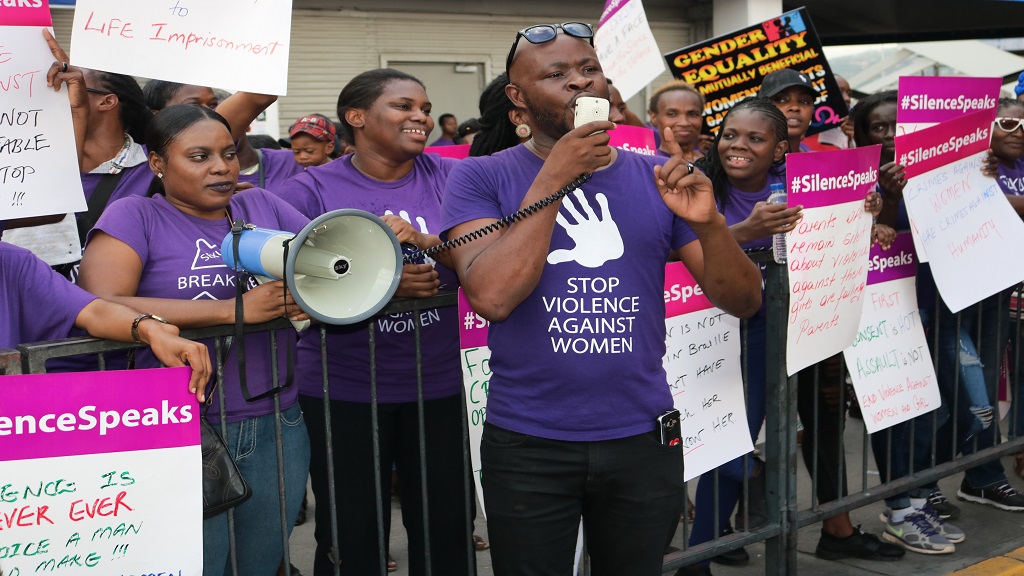 Supporters of the protest gathered at the Holy Cross Church in Half-Way-Tree where they were welcomed by the event’s honourable patron, Aloun N’dombet-Assamba. Assamba had the attention of the entire room when she asked, "do I look like a woman that was being abused?'' for which she got a resounding "No". She then went on to share her traumatic experience of being abused by her now ex-husband.

The symbolic journey took place from the Holy Cross Church, down Half-Way-Tree Road, along Balmoral Avenue, to Maxfield Avenue, then to the JUTC transport centre where protesters were greeted by a lively marching band.

Patrick Lalor, Policy and Advocacy Offer at JASL shared that the protest plays an integral role in what the organization is trying to achieve. 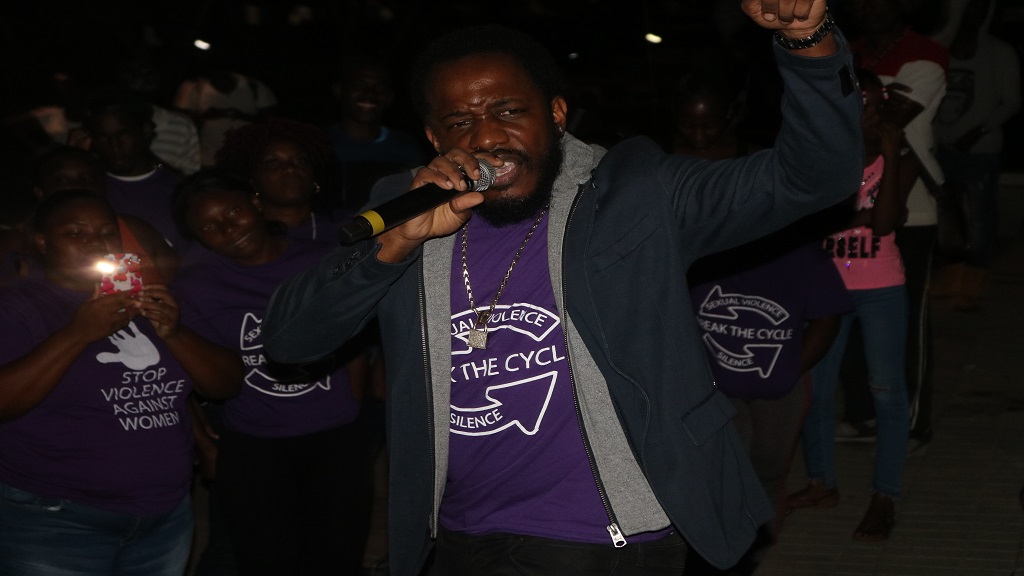 He explained that, "... forced sex puts many women and girls at risk of contracting HIV and other sexually transmitted infections. Where partners are violent, it renders women powerless to negotiate condom use and increases vulnerabilities. The truth is that violence is a lose- lose for everyone."

The journey continued to Emancipation Park for a powerful and captivating concert with headliners such as Wayne Marshall, Ikaya, Jermaine Edwards and Ashe.  All entertainers declared emphatically their support for the cause and presented a set that had the perfect blend of entertainment and substance which resonated well with the audience.

The annual initiative is aimed at reducing the high levels of violence against women in Jamaica which, according to statistics from the Ministry of Health and Wellness 2017 Knowledge, Attitude, Belief and Practice report, affects over 15 per cent of Jamaican women ages 15 to 49 in domestic situations.