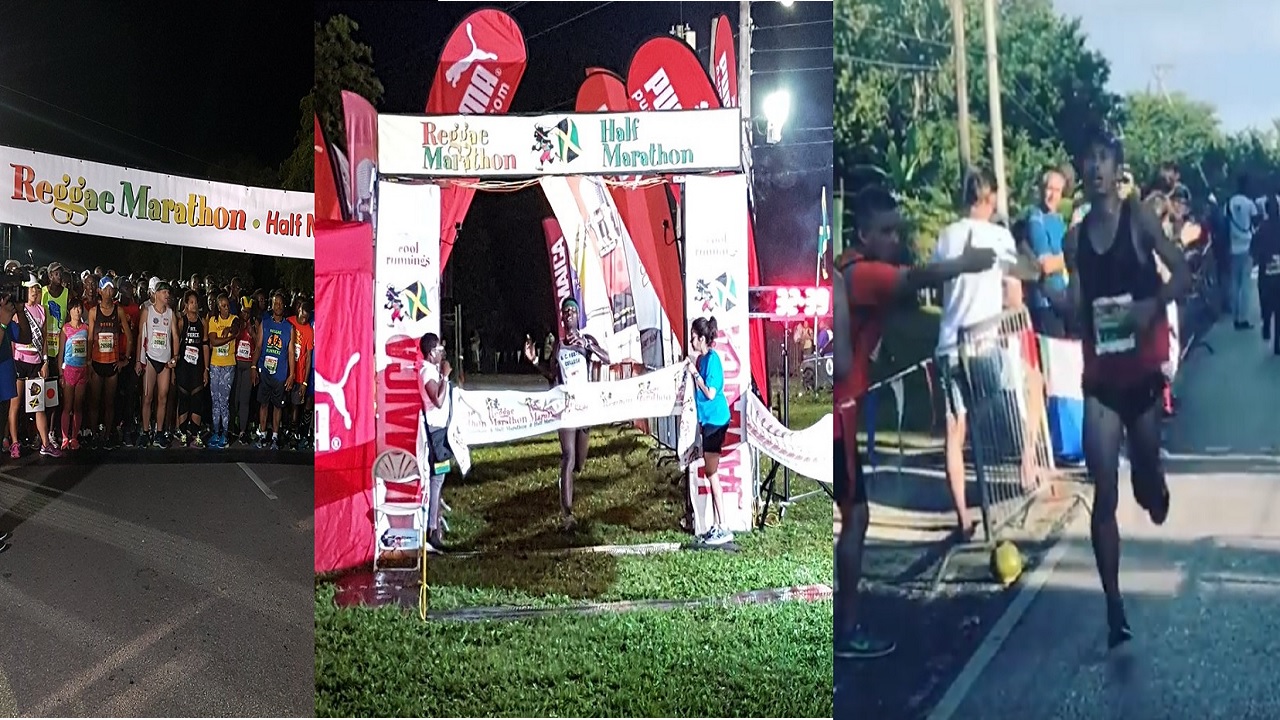 At right, Daisuke Ikemoto of Japan greets a spectator on his way to the finish line at the Reggae Marathon on Saturday. Also pictured are runners at the start of the race (left) and Oshane Archibald breaking the tape to win the 10k event.

It marked the second straight year that a runner from Japan crossed the finish line first. The 32-year-old Ikemoto, of Tottori in Japan, broke the tape in about two hours and 36 minutes. Last year, fellow Tottori resident Kata Taniguchi won the event.

Another Japanese runner,  Shiho Shiomi won the female section in about three hours and 20 minutes. Natalee Gooden Burkard was second in 3:46:33 and Lyn Robinson third in 3:55:37. 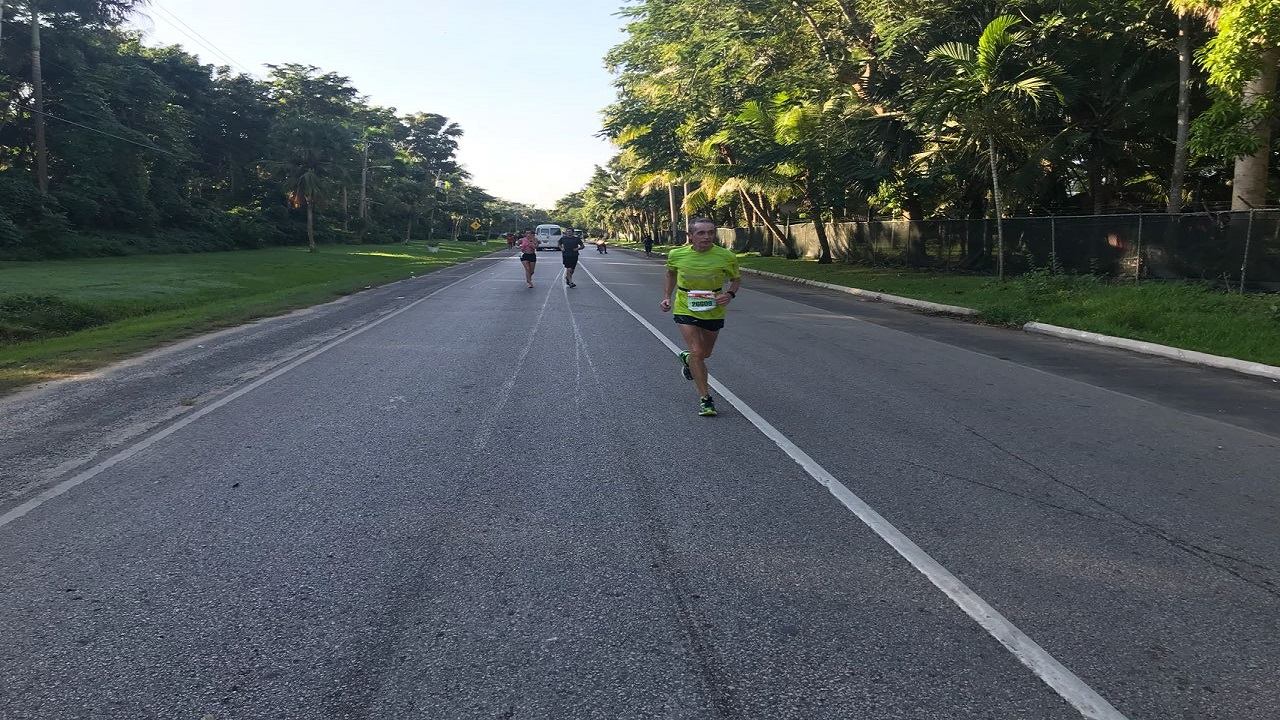 Meanwhile, 35-year-old Jamaican runner Gregory McKenzie won the half marathon in 1:15:30. He was followed by Kemar Leslie (1:17:23) and Reinmund Hobmaier (1:22:35) in second and third respectively.

The female category of the half marathon was won by Elisabeth Mondon in 1:38:47. Janetta Robinson and Nanette Hernandez was second and third in 1:42:48 and 1:43:06.

Holmwood Technical’s Britney Campbell won the female category of the 10k in 42:42, followed by schoolmates Sashay Brown and Samantha Pryce in 42:43 and 42:43.

Runners from more than 34 countries participated in this year's staging of the Reggae Marathon.

Participants from more than 32 countries booked for Reggae Marathon