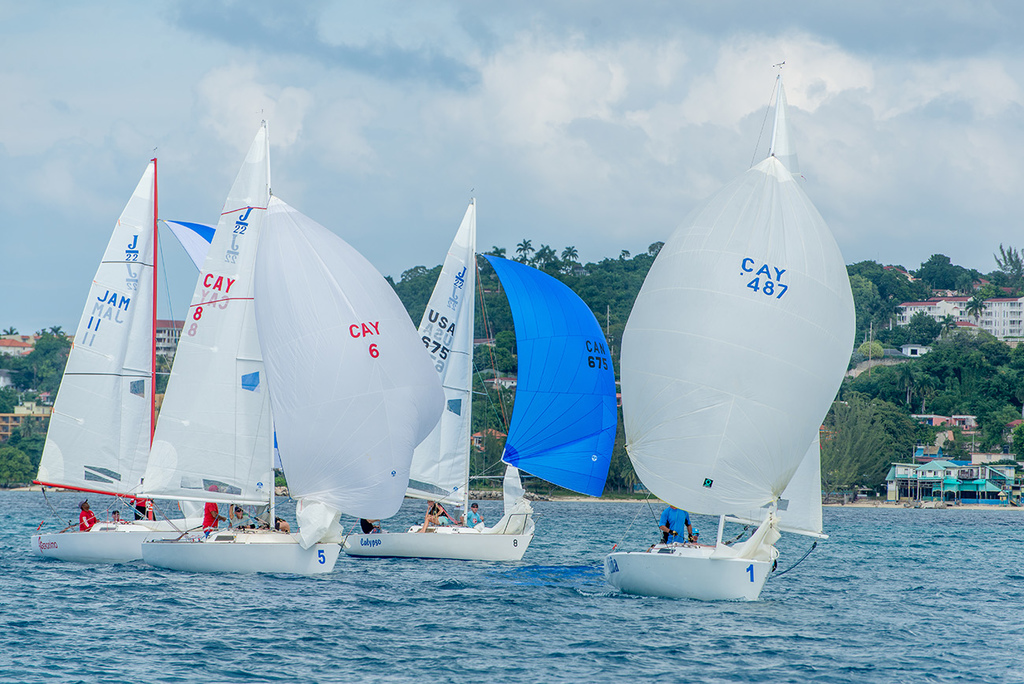 Sport sailing can be now listed as another reason for visitors to head to Jamaica’s idyllic shores. Since 1989, organisers of the JAMIN J/22 International Invitational (JAMIN Regatta) have created one of the region’s largest and best regattas, in an effort to grow the sport.

This year, the 30th anniversary of the event will see dozens of sailors from the United States, Canada and the Caribbean compete for prizes and glory from December 6 to 8, at JAMIN-the Course of the Black Pearl, set for the Montego Bay Yacht Club.

The three-day event, which is also the oldest in the region, began as the Jamaica America Invitational (JAMAM). The event initially invited sailors from the United States to race, but overtime opened up the event to anyone from the world.

New commodore of the Montego Bay Yacht Club Bertram Clarke, believes that there is much to be done to revive boating and sport sailing in Jamaica.

“Jamaica has great conditions for boating and can be known as the top destinations for regattas across the region. What we want to do is to use an event like this to raise the awareness of the sport,” said Clarke.

“Over five per cent of the world’s J/22s will be competing in Jamaica and that is a major accomplishment for the sport. There are approximately 2000 of those boats around the world with active fleets in Cayman, USA, Italy, Germany, France, South Africa, Canada and the United Kingdom. This year in Montego Bay 13 of those yachts will be competing in the Regatta,” said event chairman Richard Hamilton.

This year will feature the largest fleet of J/22s ever assembled on the island through the support of Seaboard Marine, which imported two additional boats for the event.

“Each year, the event is possible through our host of volunteers and the generosity of boat owners, who lend their boats for visitors to compete. This year, we were able to increase the fleet thanks Seaboard that has really made the shipping easy, particularly compared to previous years when a boat sailed from Cayman specially for the weekend,” Hamilton continued.

“In Cayman we have to deal with a short chop and big breeze. Montego Bay has the shifting winds and flat water inside the bay as well as the swells of the open ocean to play with too. These are perfect conditions for this type of boat,” he said.

The organisers are anticipating this year to be one of the best through the support of a number of corporate companies, namely Caribbean Producers, Hard Rock Café, Steakhouse on the Bay, Yamaha Jamaica, Starbucks, Lubit and Sun Ice.

The JAMIN Regatta opens on December 5 with a crew weigh-in, prep and practice and a cocktail event. Racing officially gets underway on December 6 and ends with a treasure hunt at sea, and prize giving on December 8.