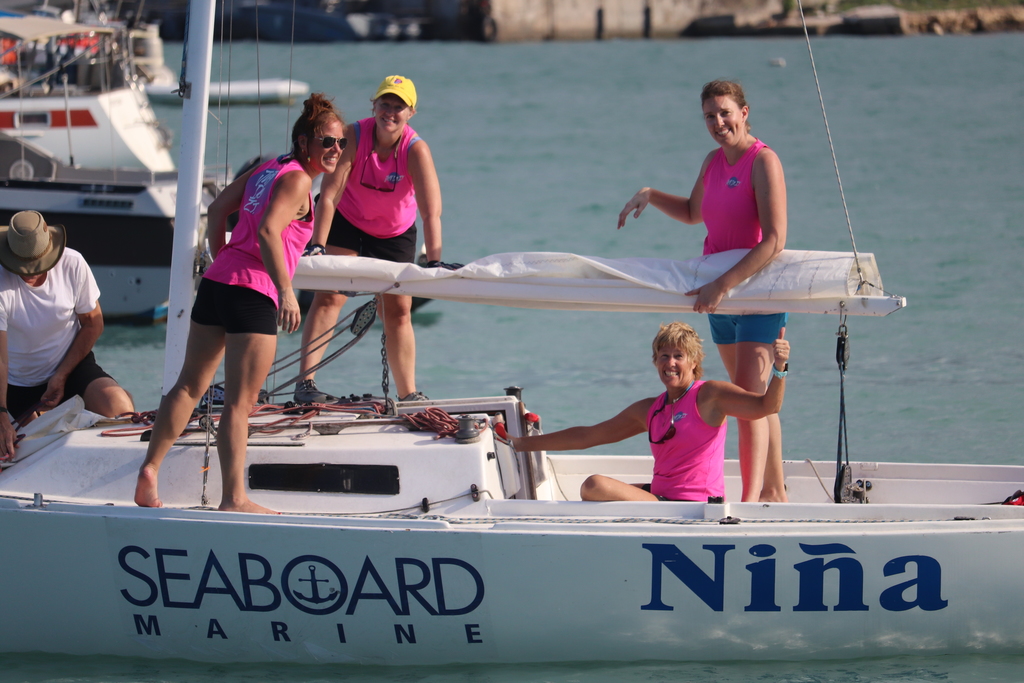 Nina the all female team from Canada prepares to head to the start line on Day 2 of the JAMIN Regatta. The 30th Annual JAMIN Regatta saw 13 teams from North American & the Cayman Islands competing in three days of sport sailing in Montego Bay.

When the final boat docked on Sunday, December 8 at the Montego Bay Yacht club, signalling the end of the 30th Annual Jamaica International Invitational (JAMIN) Regatta, it was the team ‘Adjusted’ from the Cayman Islands who were declared the winners.

Taking second place was ‘Jim Screehie’ from Canada and third, ‘Just Wing’ It from the United States.  The Jamaican teams ‘AyahSo’ and ‘Tsunami’ placed sixth and ninth respectively. 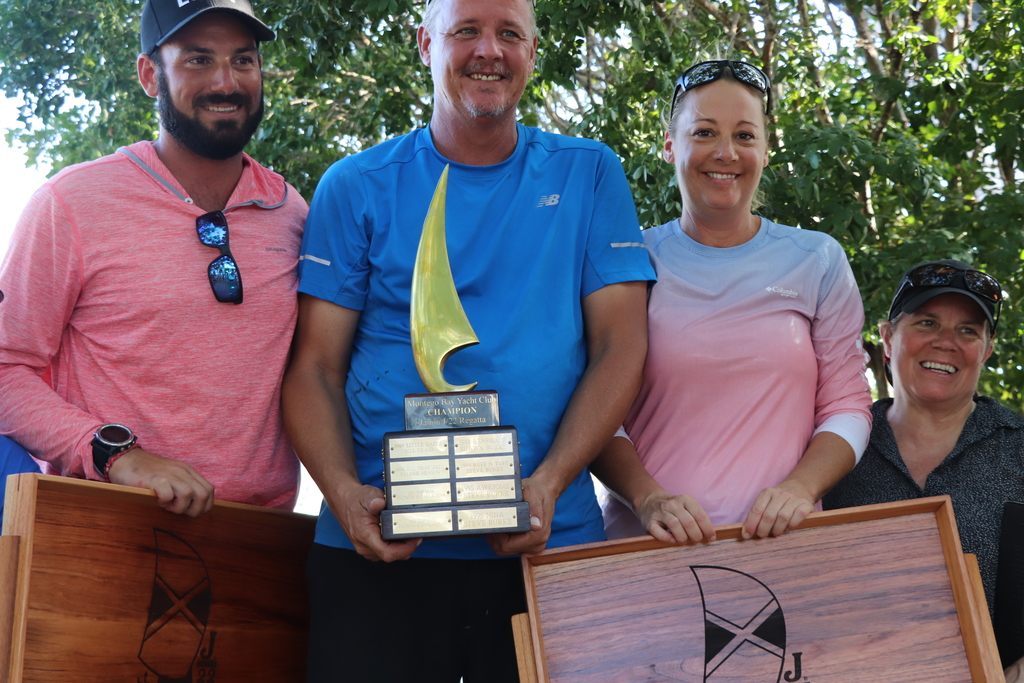 Team Adjusted from the Cayman who took the first place prize pose with the prizes at the JAMIN Regatta Awards Ceremony held at the Montego Bay Yacht Club on Sunday.

JAMIN organising committee chairman, Richard Hamilton, at the end of the event yesterday, said, “This would not have been possible without a number of volunteers who believe in reviving the sport of sailing and boating in general in Jamaica. A number of owners, including myself, gave up our boats to visitors to the island who came with the intent of participating in the regatta. We also sought the support from Seaboard Marine and major lubricant distributor Lubit were very instrumental in getting two additional boats from Cayman. The turnout was absolutely tremendous and we look forward to bigger and better events next year.”

In addition to the daily races, participants were given a taste of Jamaican culture with an opening cocktail party hosted by CPJ at the Montego Bay Yacht Club and a fete at the Hard Rock Café.

Ahead of the final races on Saturday night, participants were shuttled to a pirate-themed party hosted by Lynn and Brian Langford at their Great River home.

The Jamaica International Invitational is one of the oldest regattas in the Caribbean, which aims to highlight the island as a premier sailing destination in the world.

The next sailing event for the Montego Bay Yacht Club will be on January 18.