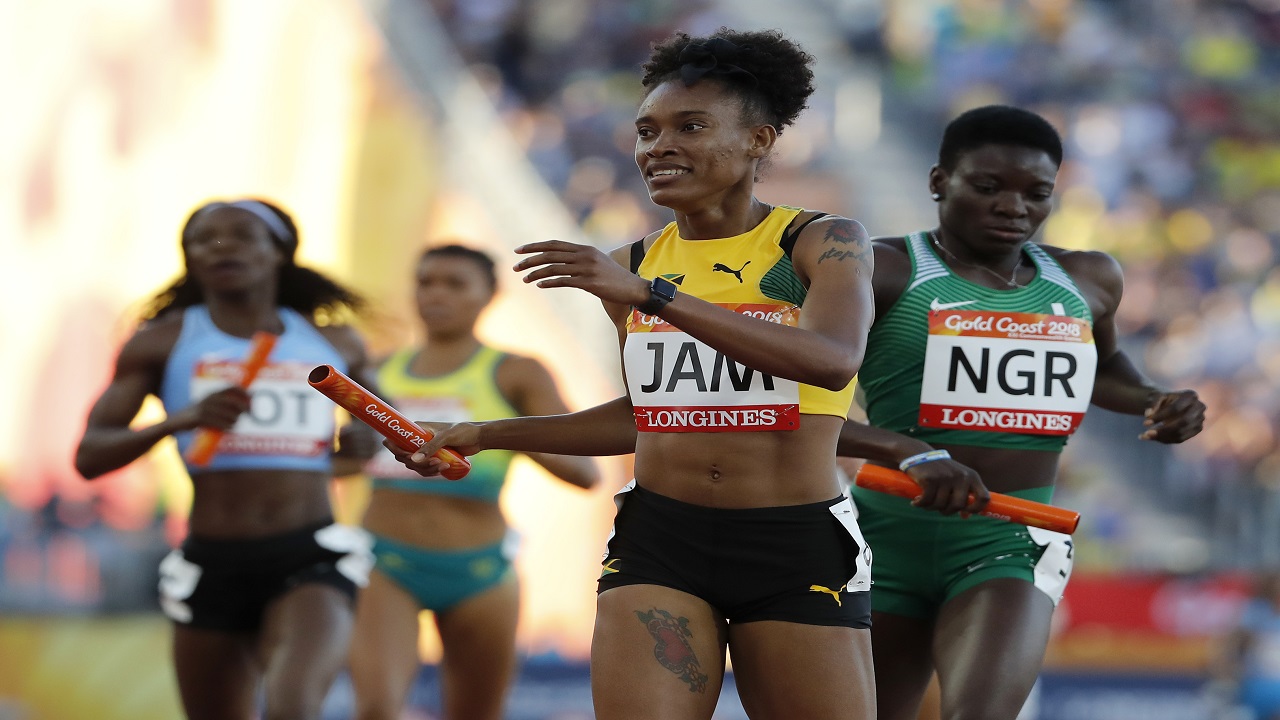 Jamaica's Stephanie McPherson reacts after crossing the line in the final leg of the women's 4x400m relay.

Jamaica secured one relay gold medal by winning the women's 4x400-metre relay on the 10th and penultimate day of the 2018 Commonwealth Games on the Gold Coast in Australia on Saturday.

After silver and bronze medal finishes in the sprint relays, the 1600-metre relay runners from the Caribbean earned a measure of revenge, clocking 3:24.00 seconds to edge out Nigeria by just over two hundredth of a second.

There was also some revenge for Stephenie-Ann Mcpherson, who was well beaten in the individual 400 at the hands of Amantle Montsho. Montsho could not make up the gap on the 2014 Commonwealth champion, who grinned from ear to ear after getting over the line, in starc contrast to the annoyance she displayed during the individual event.

The team also included Anastasia Le-Roy, who had closed fast in the individual 400 to claim a surprise silver and another gold medal winner in Janieve Russell.

Christine Day was also part of the gold-medal winning quartet.

England, the hosts of the next Commonwealth Games, had finished the sprint relays with double gold but found themselves short this time around, clocking 3:27.21 for fourth, while hosts Australia, were just behind them with 3:27.43.

In the final track event of the day - the men's 4x400-metre - Jamaica won the bronze medal.

Botswana's 400m Commonwealth champion Isaac Makwala puts in a storming last lap to secure the gold medal for his country then leads the team in a novel push-up celebration.