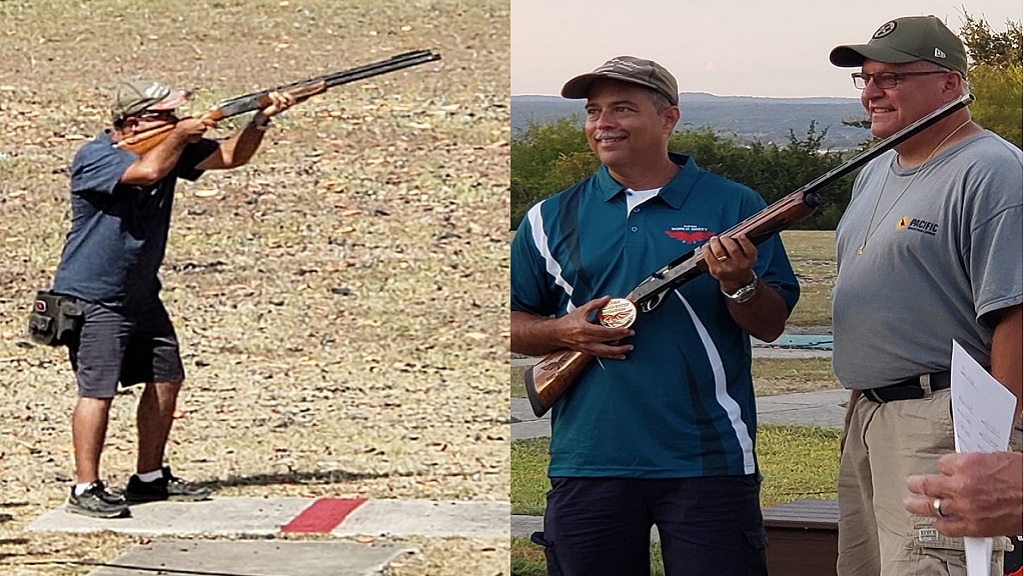 The combination of pictures show Sean Clacken with his new 20-gauge skeet shot gun, which he won at the recently completed NASSA World Skeet Championship in San Antonio Texas.

Clarken, the only Jamaican competitor, also won the Sub Sub-Senior category (40-49 years) and his result placed him in the top 30 shooters overall in the history of the 20-gauge competition.

"I was able to shoot 100 out of 100 in the 20-gauge tournament and win the C Class and coming in the top 30 overall in the 20 gauge competition.  The last time I went was 27 years ago so it was a very fun experience going back and being able to achieve the goal that I wanted to achieve, which was to win one of the gauges so I am very excited," Clacken said.

He further stated that "although I wasn't planning on going again I think that I am going to be doing some more training to see if I can participate next year."

President of the Jamaica Skeet Club, Jordan Samuda said he was pleased with Clacken's performance at the NASSA event.