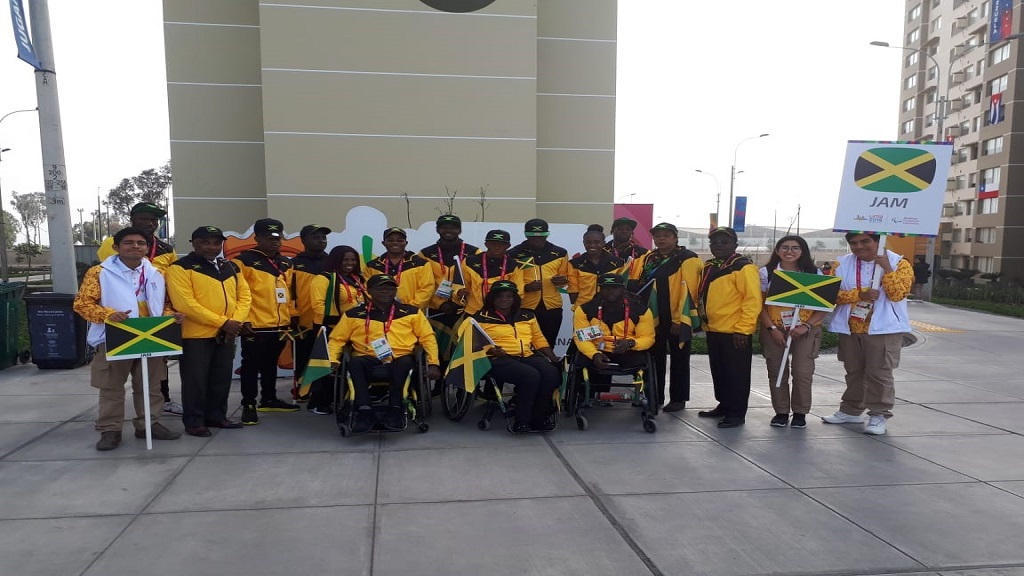 Captain Chadwick Campbell, says he is honoured to have carried Jamaica's flag and lead the team out during the opening ceremony of the 2019  Parapan American Games at the National Stadium in Lima on Friday.

"It is such an honour and privilege to be the flagbearer for my country and to captain my team. I accepted with pride and will never forget the opportunity given to me and will lead by example," said Campbell, a sprinter who debuted in the semi-finals in the T13 100m and 200m at the 2017 London World Para Athletics Championship.

The National Stadium was ablaze with colour, music, and fireworks, as the region's para-athletes paraded in their national colours to a packed stadium and an estimated viewing audience of over 30 million.

The ceremony was creatively conceptualised by Hansel Cereza, the driving force behind the iconic opening ceremony of the 1992 Barcelona Olympic Games, and captured the rich and ancient history of Peru.

Significantly, it also conveyed the admirable passion and emotion of paralympism and the strength and conviction of mostly young men and women, who dare to go beyond the incredible in athletic performances. Five hundred artistes and volunteers participated in the spectacle, 55 of whom have disabilities.

Team Jamaica was resplendent in gold and black

On Saturday, Jamaica's Navardo Griffith and Shane Hudson will bow into action in the men's F57 shot put and T45-47 400m, respectively.

The team in Lima has been going through some motivational exercises and devotions as aspiring athletes look with faith towards grasping and owning a piece of Parapan-American history.