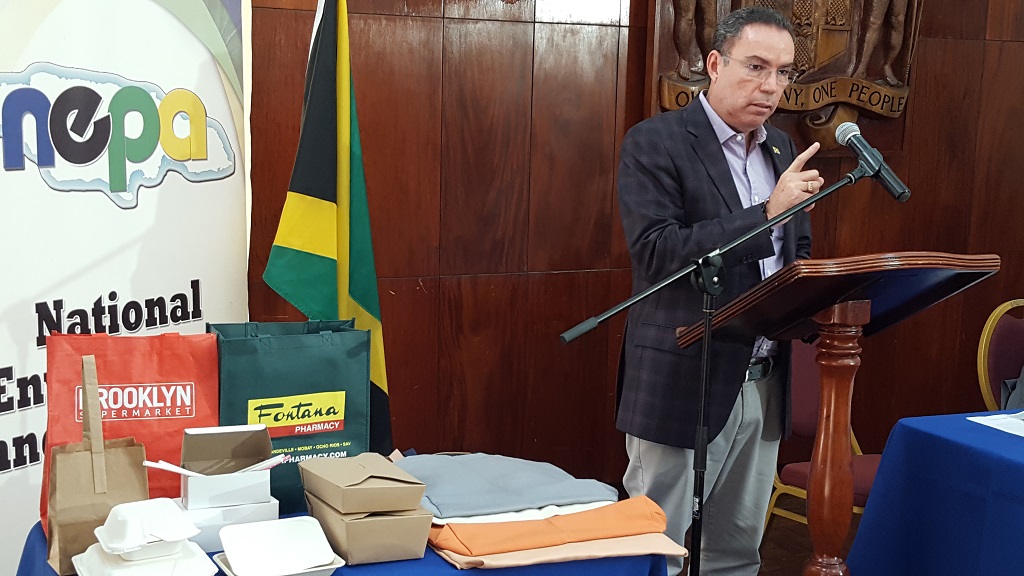 Minister without Portfolio in the Ministry of Economic Growth and Job Creation with responsibility for Land, Environment and Climate Change, and Investments, Daryl Vaz, believes the Jamaican populace has bought into the ban on single-use plastic, while warning that the regulatory framework for plastic bottles is being worked on.

According to Vaz, who was speaking at a press conference at Jamaica House on Monday, since the Government announced in September, the ban on single-use plastic bags, consultations with major stakeholders, as well as schools and communities, have indicated that there is widespread support, which he said is about 90 per cent.

Vaz attributed the support to the work of the Jamaica Information Service (JIS) and the National Environment and Planning Agency (NEPA), both of which he said executed a programme of dialogue and consultation with sector groups to explain the Government’s policy announcement.

He said the entities embarked on a public education campaign to sensitise and educate the public, while also seeking ways to develop an exemption mechanism around the policy.

CEO of the National Solid Waste Management Authority (NSWMA), Audley Gordon, at the podium at the press conference.

Among the groups that took part in the consultations were the Jamaica Manufacturers’ and Exporters’ Association (JMEA), the Jamaica Chamber of Commerce (JCC), National Consumers League of Jamaica, individual manufacturers, importers and distributors, entrepreneurs involved in the importation and distributive trade, service clubs, such as Kiwanis and Rotary, schools, as well as community groups across the island.

According to Vaz, the island is at the stage that almost all involved are compliant, with a few entities not expect to get their supplies of reusable bags until January and February. He said, in keeping with the international trade system, these companies would be allowed to continue to use single-use plastic bags until their reusable bag supplies arrive.

Vaz said: “The domestic market has responded positively to the policy announcement, with a number of companies and individuals developing and providing alternatives to single-use plastic bags and straws.

“In fact, the policy has triggered great interest from indigenous manufacturers to be in the forefront of creating alternatives to the banned products. The Government is also pleased that a number of private sector companies have purchased and made available alternatives, such as reusable bags, not only to their customers, but also to the wider public,” Vaz added.

He said very soon the Government hopes to announce the measures to be taken to regulate plastic bottles, particularly PET bottles.“I call upon all Jamaicans to support this important initiative which will assist in safeguarding public health, as well as conserving our environment. Our dependency as a people on plastics and Styrofoam has become an addiction, which we must break. But like all addictions, it takes time,” said Vaz. 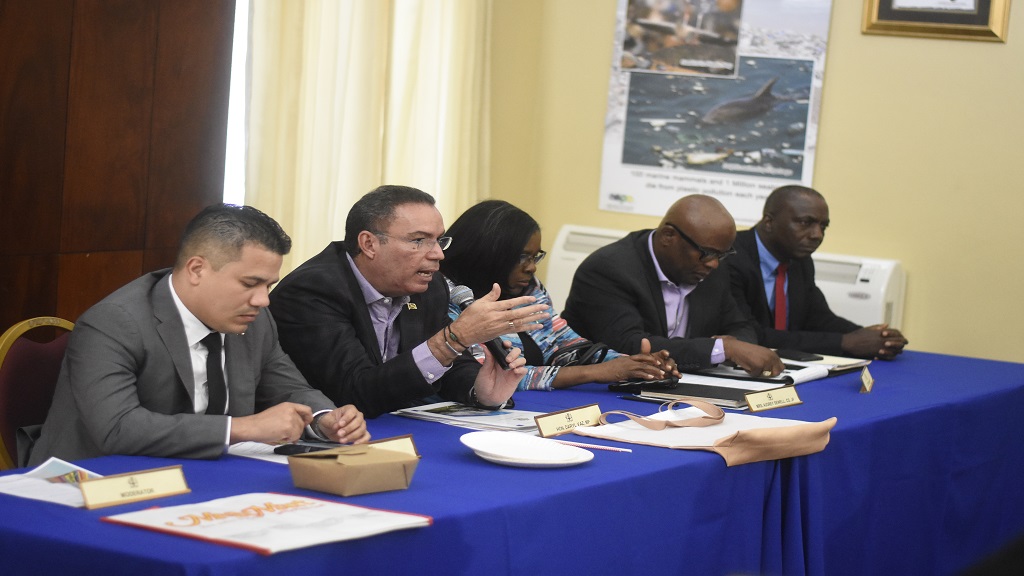 “So, it would be foolhardy for me to believe that it will happen overnight. What I can say is that as of January 1, 2019, the process will start to reverse the trend of increasing the dependency and usage of plastics and Styrofoam, significantly reducing and eventually phasing out sooner than later,” he added.

Meanwhile, Vaz said that the two applicable ministerial orders have been gazetted, one under the Trade Act, and the other under the Natural Resources and Conservation Authority (NRCA) Act. These orders will provide the regulatory framework to support the policy measures that have been announced.

The maximum fine under the Trade Act (Trade Plastic Packing Material Order) 2018, is $2 million, while under the NRCA (Plastic Packaging Prohibiting) Order 2018, the fine is $50,000.

Both orders carry an alternative term of imprisonment of up to two years.