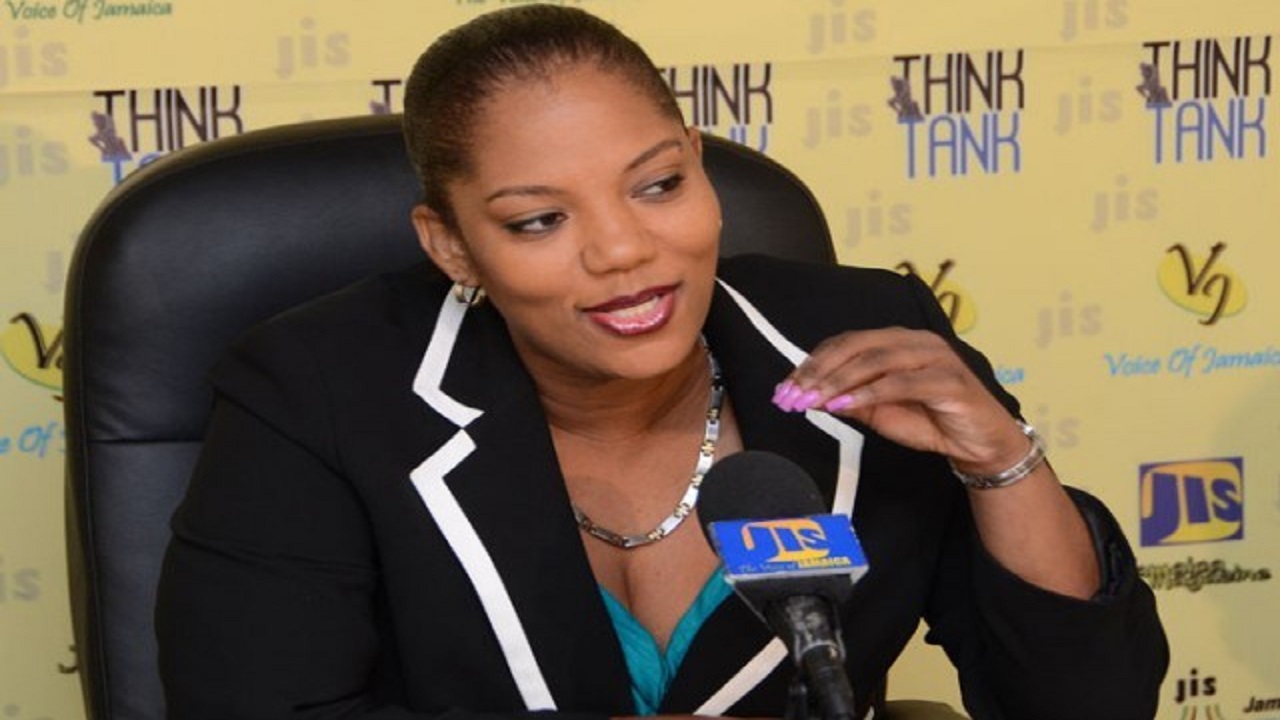 Jamaican women are some of the most beautiful females on the planet, without a doubt. And Toni-Ann Singh’s victory in the Miss World pageant illustrates that there is a je ne sais quoi about Jamaican women that makes them world beaters on the international stage.

"Jamaican women are great at winning the Miss World title because of the experiences that have shaped them. Resilience is in our DNA. We are nurtured to show warmth and concern for others and we accept that we can accomplish anything with hard work and determination," Dahlia Harris, co-franchise holder of the Miss Jamaica World pageant, told Loop News reporter Claude Mills.

"They accept that there are no limits to potential, they can be all things. Jamaica has never been daunted on the world stage, in any area, and I believe our women channel that confidence at the Miss World level. Miss World is always hoping to find an ambassador who embodies these qualities."

Singh is now the fourth Jamaican to win the title, the others being Carole Joan Crawford in 1963, Cindy Breakspeare in 1976, and Lisa Hanna in 1993.

With a population of just over three million, little Jamaica clearly stands tall with four titles, and on a per capita basis, is pretty much king of the hill.

A 26-year drought since the 1993 Miss World title for Jamaica certainly had many people questioning the direction of the Miss Jamaica World franchise, but the win on Saturday should have allayed all such concerns and even fears. 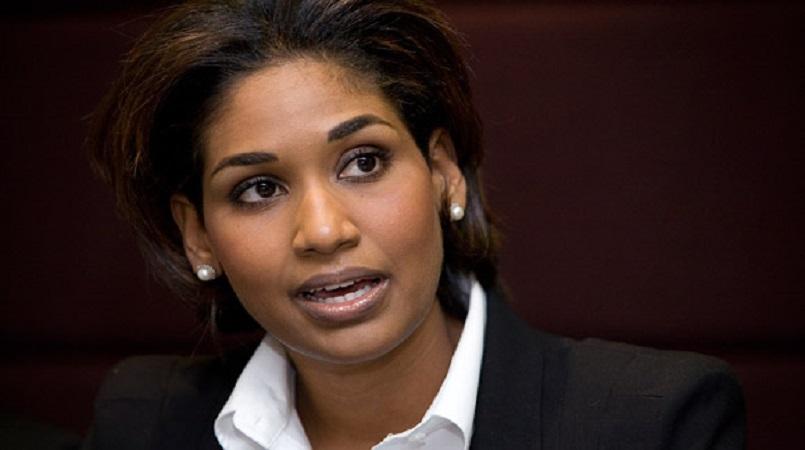 Lisa Hanna, the last Jamaican Miss World prior to Toni-Ann Singh on Saturday.

"The Miss Jamaica World franchise has a legacy of great performances at the Miss World level, so I wouldn't necessarily say the (latest) win has affected its prestige. It always maintained that. What it has done is shift the way some people have viewed the relevance of the competition and its potential to contribute to national development," Harris stated.

The victory is bitter-sweet for her and Weston Haughton, the co-franchise holders of the Miss Jamaica World pageant, who are dedicating Singh's win on the global stage to late franchise holder, Aston Cooke.

"It would have meant everything to Aston. In 2018 he travelled to China with great expectations for Kadijah (Robinson), who finished in the top five. He was confident that we could do one better this year. It is bitter-sweet that we won but he wasn't in London to experience it," Harris said.

Cooke, along with Haughton, had formed Crown of Beauty Jamaica Limited in 2018, and restructured the pageant. They tasted success with their first queen, as Kadijah Robinson finished in the top five and secured the Caribbean Queen of Beauty title. However, Cooke was found dead in his St Andrew apartment in February of this year, a development which led Haughton to recruit Harris to fill the slot to stage the 2019 pageant.

Harris, amidst the thrill of victory, said she is not allowing the buoyancy of the immediate success to get to her head. 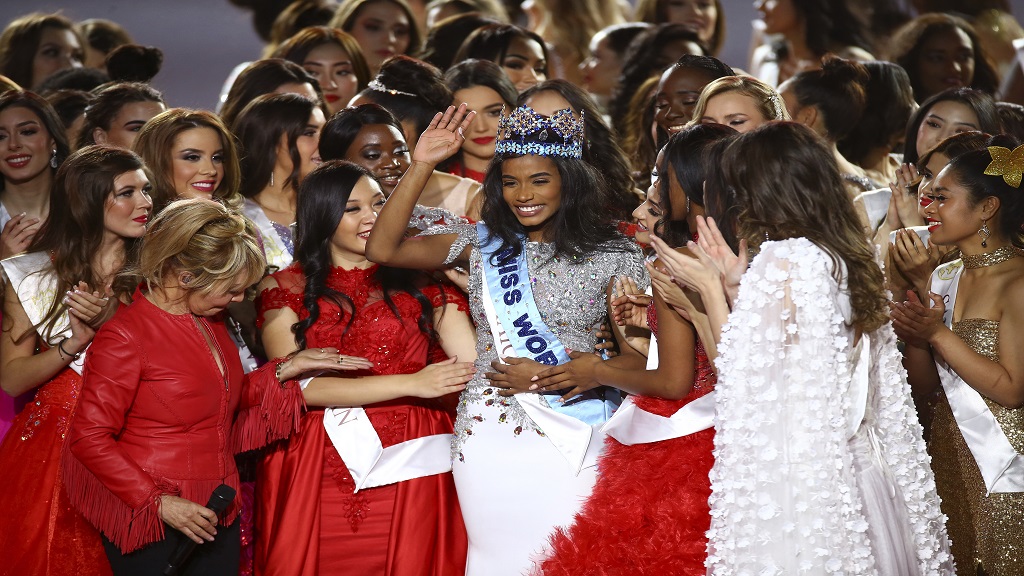 Jamaica's Toni-Ann Singh on top of the world on Saturday.

"I don't know if I brought anything specifically (to the table) but a respect for the legacy that has been sustained by those before me. We have sent some remarkable representatives to Miss World. That they have not won the crown doesn't diminish the quality of their representation. They will all agree that Toni-Ann is exceptional, and has a combination of qualities that are rare.

"Kadijah's top five placement as a rural girl motivated a lot of entries from rural Jamaica this year. I think that was a major difference. I hope that we will continue to see representation island-wide," said Harris.

Jamaica may be benefiting from the era of ‘Black Girl Magic’, which has ushered in an age in which - for the first time in history - black women currently hold the titles of Miss USA, Miss Teen USA, Miss America, Miss Universe and Miss World.

"While it may be the era for it globally, Jamaica has always recognised Black Girl Magic. Joan McDonald, Terri-Karelle Reid, Sara Lawrence, Imani Duncan, our queen last year, Kadijah Robinson, are just a few of a long list of Jamaican queens,” stated Harris.

“I am happy that the global conversation has now reached to this level. As a frontrunner, Jamaica should certainly lead the way in sustaining its impact and sharing the benefits of embracing women of all colours," she added.

Singh, a 23-year-old student from Bath in St Thomas, plans to study medicine and become a doctor, and hopes to join a list of remarkable Jamaican women who have excelled in their respective fields of endeavour after participation in the Miss World contest.

"Outside of placing at the Miss World, there is Terri-Karelle Reid, Yendi Phillips and Tonoya Toyloy, who won the Miss World Scholarship and went on to complete her PhD; also Imani Duncan... these are just a handful among the host of women who are doing exceptionally well in their respective fields (after vying for Miss World)," Harris said.

Below is a roster of outstanding ‘also ran’ Jamaican women at the Miss World pageant: