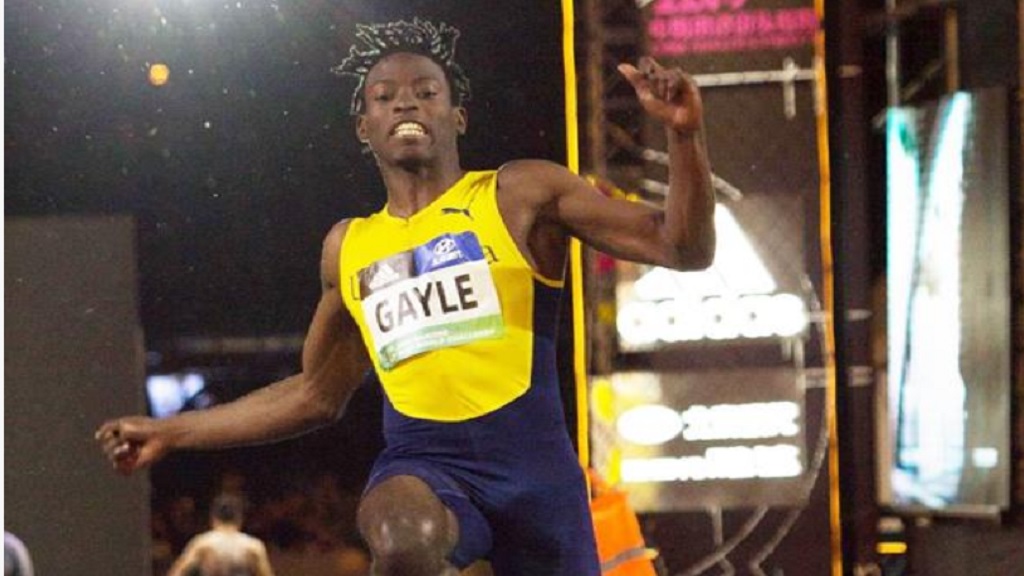 Jumping before a crowd of nearly 1000 spectators outside of a mall in central Nanjing, fast-rising Jamaican jumper Tajay Gayle notched a convincing victory in the street athletics style long jump competition that kicked off the inaugural Nanjing World Challenge meeting on Monday.

Sitting in fourth place with a best of 8.03m after five rounds, Gayle sailed 8.21m on his final leap to collect his fourth consecutive victory and his second in just over 48 hours. The 22-year-old Jamaican took top honours in Shanghai on Saturday, about 300 kilometres to the east, where he jumped 8.24m.

"This was fun, I enjoyed it," Gayle said, who competed at this type of street venue for the first time. With a crowd lining one side of the raised runway under flashing lights and with a DJ blasting loud music, he liked the experience and would be happy to see more of it.

"The crowd is really close, and I felt the vibes and the energy from the people. I just felt really, really happy getting those vibes from the people watching."

So did the local stars.

Zhang Yaoguang, the runner-up at last month's Asian Championships, reached 8.10m in the second round to finish second. Goa Xinglong hit 8.10m in the opening round but was edged by his much more consistent compatriot on countback. Jamaican Damar Forbes, a 2016 Olympic finalist, was a distant fourth with 7.90m.