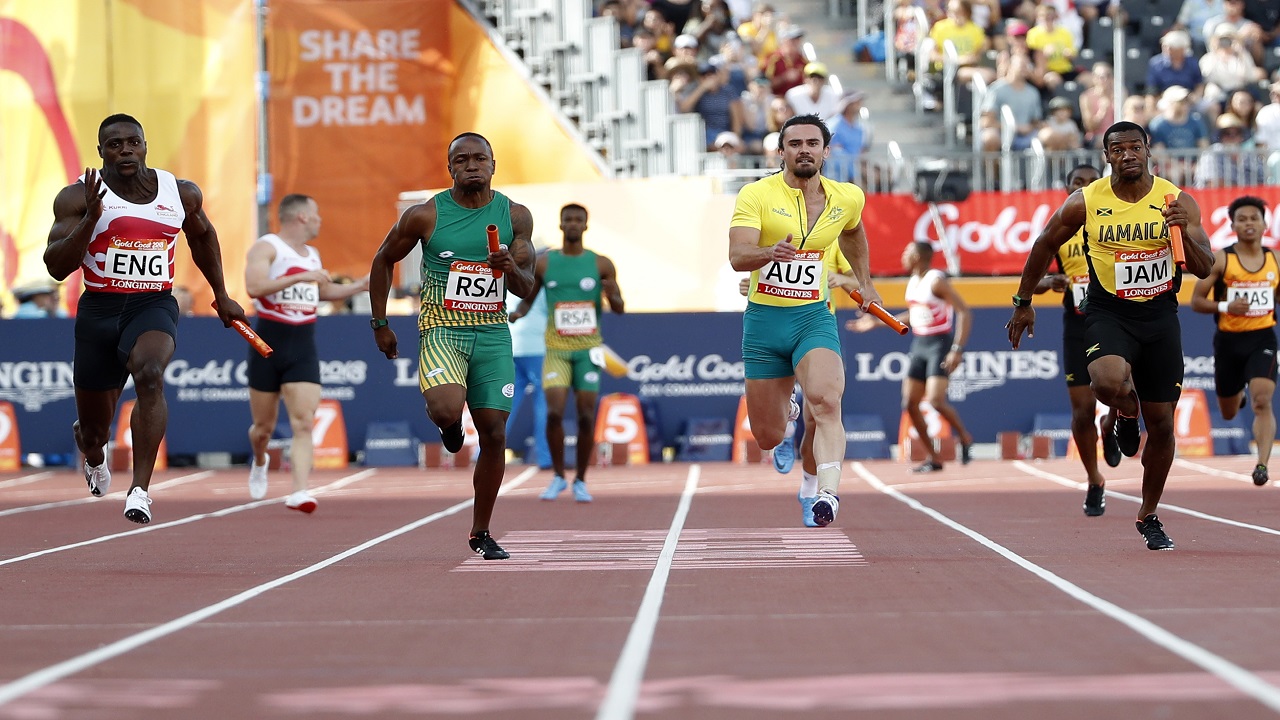 Jamaica won four relay medals, including gold in the women's 4x400-metre relay, on the 10th and penultimate day of the 2018 Commonwealth Games on the Gold Coast in Australia on Saturday.

However, it was a disappointing day for the country as a Jamaican track team featuring the world's fastest active sprinter and the women's Olympic 100 and 200-metre champion didn't win a gold medal in the sprints.

Bolt, who is in Australia to support the Jamaican team, is the only man to have ever run faster than Blake, who has a personal best time of 9.69 in the 100. Before the Gold Coast games, he joked that Blake may not want to return to the Jamaican capital if he didn't win gold.

"He's going to trouble me a lot because he expected me to get the gold in the 100," Blake said. "I slipped at the start and I couldn't recover.

"I was in record-breaking shape, and I'm still in that, but, ahem, I'm going to hide from him when I get back home."

In the 100, Blake took bronze behind South Africans Akani Simbine and Henricho Bruintjies. In the relay, he ran the anchor leg and made up some ground but couldn't catch the gold medal-winning England team of Reuben Arthur, Zharnel Hughes, Richard Kilty and Harry Aikines-Aryeety, which won in 38.13 seconds, or Simbine's South Africans.

Thompson won the 100-200 Olympic double at Rio de Janeiro in 2016 but only ran the 200 in Australia, missing out on the podium when she placed fourth in a race won by Olympic 400-metre champion Shaunae Miller-Uibo of Bahamas.

On the Gold Coast, Trinidad and Tobago won more gold medals in the shortest of the sprints, winning the women's 100 and the men's 200.

"We're going through a transition period," he said. "We were dominating world-wide, and coach is working to get me back to that level so I can dominate again."

"To be honest, I'm not going to lie, it's not they're getting better — it's we're not performing," Blake said of the gap between Jamaican sprinters and the rest of the world. "Because if we were performing with the times we're running, they couldn't stay with us."

The Jamaicans finished with seven golds on the Gold Coast, including the women's 3,000-metre steeple chase, the women's shot put and triple jump and the women's 4x400 relay, which was the penultimate event on the track program. Australia topped the track and field standings with 10 golds, including field events, the 20K walks and four para events.

England and South Africa had five gold medals. With marathons still to come Sunday, Kenya had four golds and Botswana had three, including the last on the track which Isaac Makwala's 4x400 relay team celebrated with a group session of push-ups.