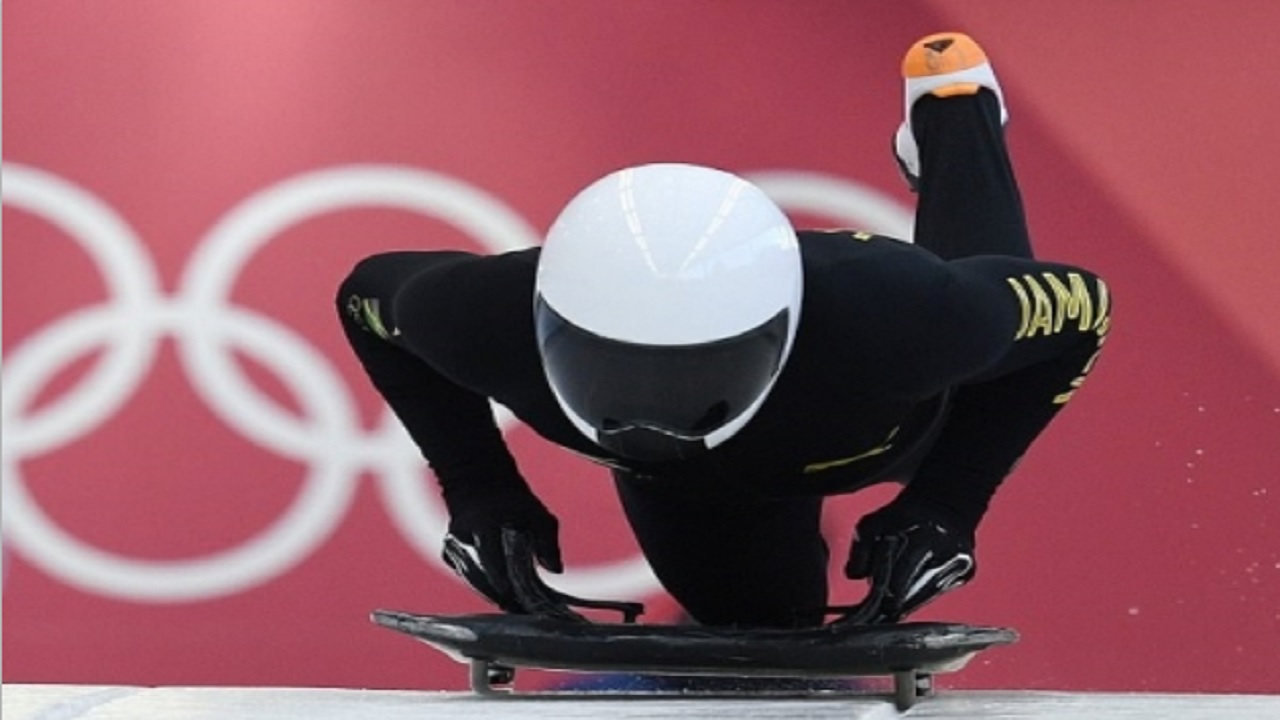 The first Jamaican skeleton athlete at a Winter Olympics, Anthony Watson, has struggled through two runs in the men's skeleton at the 2018 Games in  PyeongChang, South Korea on Wednesday night Jamaica time.

Watson, 28-year-old, sits at second-from-the-bottom in 29th position after he posted a combined time of 1:47.17 in his two heats at the Olympic Sliding Centre.

Skeleton is not for the faint-hearted. It involves an athlete riding a small sled, headfirst, at high speed down a frozen track while lying face-down and riders can hit speeds of 80mph.

Watson's historic qualification to the Winter Olympics came 30 years after Jamaica's men bobsleigh team made its first historic appearance at a Winter Olympics (1988 in Calgary), which inspired the film Cool Runnings.

Watson was born and raised in the US. His father was born in Jamaica and that opens the door for him to compete for the country at the Olympics.

He is ranked 79th in the world,  but  that world ranking time was not enough to qualify him for the Olympics automatically. He made it to PyeongChang after nations including Austria, Switzerland and France declined places.

Watson was the last slider given one of the reallocated skeleton slots.

The South Korean star posted a combined time of 1:40.35 in his two heats, putting him 0.74 seconds ahead of Russian athlete Nikita Tregubov in second place.

With each of the four runs counting toward a cumulative time that decides the final rankings, there could still be a lot of movement before the medals are awarded. However, the hometown hero has put himself in great shape for a gold in Pyeongchang, South Korea.