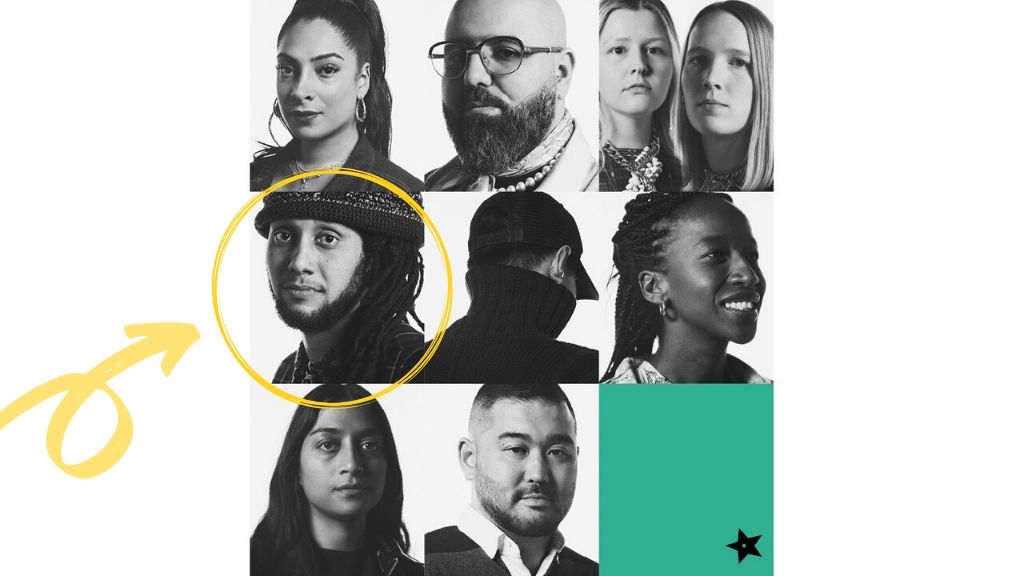 Nicholas Daley, (2nd row, left) is among the eight finalists for the LVMH Prize.

In 2019, 1700 applicants, 100 nationalities registered, 20 semi-finalists, and 500 applications for the graduates section, registered to compete for fashion's top honour - particularly to young and up-and-coming designers.

Thousands narrowed to one when South African Thebe Magugu took the coveted prize.

In a press release, Delphine Arnault, executive vice president of Louis Vuitton and the founder of the LVMH Prize, said, “This year, once more, the semi-finalists impressed us with their creativity and their commitment to creating clothes that are respectful of the environment.

The eight finalists all have in common to be very talented in their respective fields and to aspire to enhance know-how.”

In a 2018 GQ Style issue, Daley's designs were lauded as “cool as Mile Davis’s music”, but that was only the tip of the iceberg for the half-Jamaican designer.

Since then, Daley has built a steady momentum in the underground fashion arena, and today, he is ready to take his eponymous label mainstream.

The London-bred bespoke menswear designer is among industry peers shortlisted for the 2020 LVMH Prize. See some of his designs from the official LVMH Instagram page.

Daley is a graduate of Central Saint Martins, class of 2013, who launched his eponymous label in 2015.

Daley’s mom Maureen is Scottish, and his dad Jeffrey is Jamaican.

The designer cites many references of his aesthetic from seeing his family from the West Indies regularly at his parent’s home in Leicester, UK.

In an interview with British news media The Courier, Daley tapped on the many derivatives from which he drew inspiration.

“My whole life has been such an interesting mix, so many Scottish and Caribbean connections. You can see the Scottish influence in the names of towns and cities in Jamaica and even Bob Marley could trace his surname back to Celtic origins. Jamaica has a hint of that Celtic ancestry, and rum gets drunk fast, just like whisky in Scotland.”